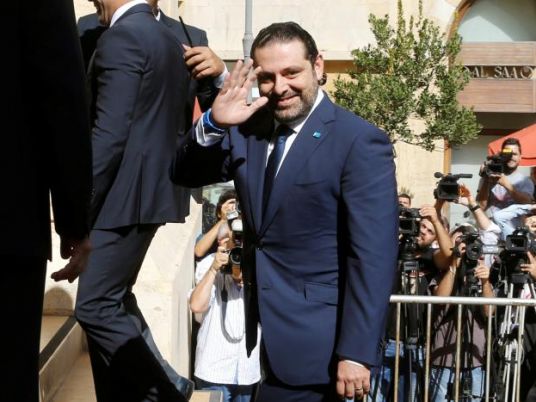 BEIRUT (Reuters) – Lebanon appeared to be edging toward clinching a deal to form a new national unity government after more than seven months of wrangling over cabinet posts, as the finance minister was quoted as saying there could be a new administration within days.

Efforts to form a new government led by Prime Minister-designate Saad al-Hariri have been obstructed by rival groups’ conflicting demands for seats in a cabinet that must be formed in line with a finely balanced sectarian political system.

Heavily indebted and suffering from a stagnant economy, Lebanon is in dire need of an administration that can set about long-stalled economic reforms to put public debt on a sustainable footing.

“Matters in the government file are moving in a positive direction. If the situation continues with this positivity we will have a new government within a few days,” Finance Minister Ali Hassan Khalil was cited as saying by al-Manar TV, which is run by the powerful Shiite Muslim group Hezbollah.

The Hariri-owned al-Mustaqbal newspaper reported a “positive atmosphere” which indicated the government formation effort “was close to reaching its hoped-for conclusion”. “The road to the government has become open to a very large degree,” it reported.

The final logjam has been over Sunni Muslim representation, with a group of Hezbollah-allied Sunni MPs demanding a cabinet seat to reflect gains in the May election in which Hariri lost more than a third of his lawmakers.

Hariri, who remains Lebanon’s leading Sunni despite his losses, had ruled out ceding one of his cabinet seats to any of the six Hezbollah-allied Sunnis, who are also known for their ties to the Syrian government of President Bashar al-Assad.
Under a compromise taking shape, the Hezbollah-allied Sunnis are expected to put forward names of ministerial candidates acceptable to them for inclusion in the government rather than insisting that they themselves should get the seat.
This Sunni minister is expected to be named among a group of ministers allotted to President Michel Aoun, representing a compromise on the part of his Free Patriotic Movement which had been trying to secure control of 11 ministerial portfolios – more than one third of the new cabinet.