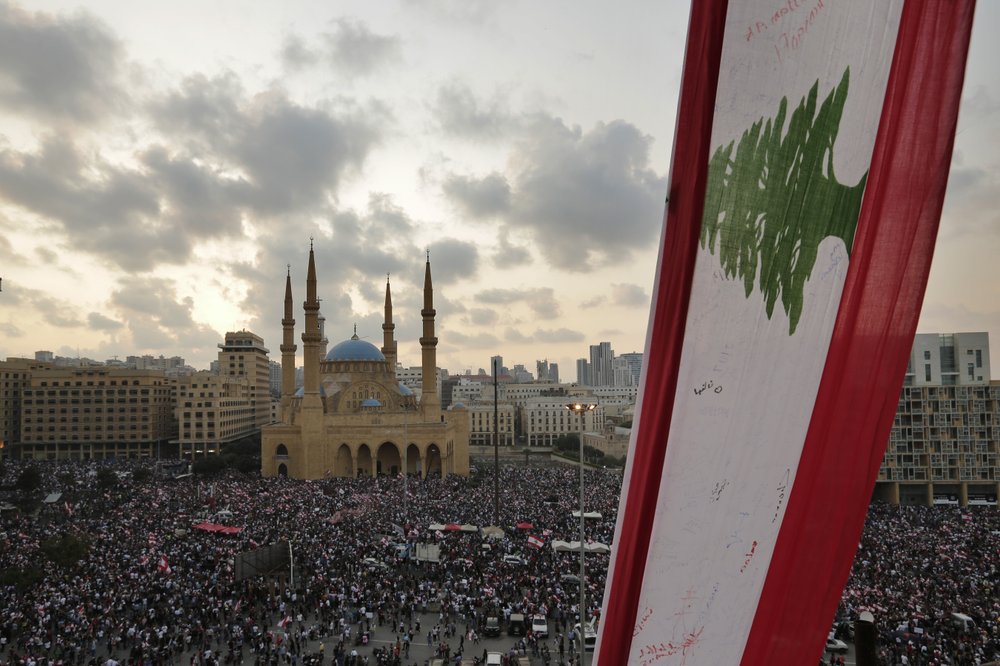 BEIRUT (AP) — Protesters have closed major roads around Lebanon ahead of an emergency Cabinet meeting to discuss a rescue plan for the country’s crumbling economy.

On Monday morning, demonstrators placed barriers on major intersections in Beirut as well as other cities and towns marking the fifth day of protests triggered by proposed new taxes.

Hundreds of thousands participated in Sunday’s mass protests that were the largest since 2005.

Prime Minister Saad Hariri will put forward a reform plan during the morning government meeting at the presidential palace in Beirut’s southeastern suburb of Baabda.

Many protesters say they don’t trust any plan by the current government. They’ve called on the 30-member Cabinet to resign and be replaced by a smaller one made up of technocrats instead of members of political factions.

Photo: Anti-government protesters shout slogans in Beirut, Lebanon, Sunday, Oct. 20, 2019. Tens of thousands of Lebanese protesters of all ages gathered Sunday in major cities and towns nationwide, with each hour bringing hundreds more people to the streets for the largest anti-government protests yet in four days of demonstrations. (AP Photo/Hassan Ammar)