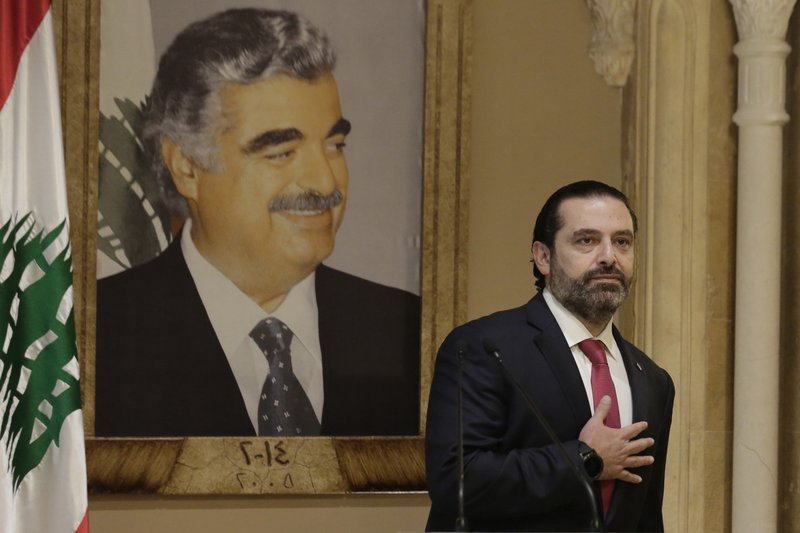 BEIRUT (Reuters) — Lebanon’s Saad al-Hariri said on Tuesday he did not want to be prime minister of a new government, calling his decision “decisive” and saying he was confident President Michel Aoun would convene consultations to designate someone else.

Hariri resigned on Oct. 29 in the face of nationwide protests against Lebanon’s ruling elite. His decision toppled a coalition government including the powerful, Iran-backed Shia Muslim group Hezbollah, which opposed the decision.

Since then, Lebanon’s main parties have been locked in talks and unable to agree a new government despite the worst economic crisis since the 1975-90 civil war.
“I am sticking by the rule ‘not me, rather someone else’ to form a government that addresses the aspirations of the young men and women,” Hariri, Lebanon’s leading Sunni Muslim politician, said in a statement.

“I have full hope and confidence, after announcing this clear and decisive decision, that the president of the republic….will immediately call the binding parliamentary consultations” to designate a new prime minister, he said.

The prime minister must be a Sunni Muslim according to Lebanon’s sectarian power-sharing system. Hariri is aligned with Western and Gulf Arab states.

Hariri said: “It is clear that what is more dangerous than the major national crisis and sharp economic crisis our country is passing through — and which is preventing us from dealing with these two intertwined crises — is the state of chronic denial being expressed on several occasions over the past few weeks.”

Image: In this Tuesday, Oct. 29, 2019, file photo, Lebanese Prime Minister Saad Hariri speaks during an address to the nation in Beirut, Lebanon. Hariri says he is withdrawing his candidacy for the premiership nearly a month after he resigned and amid ongoing protests and a severe economic and financial crisis. In a statement, Hariri calls on Michel Aoun to quickly hold consultations with heads of parliamentary blocks to name a new Prime Minister (AP Photo/Hassan Ammar, File)

Fear, turmoil in Lebanon as its financial crisis worsens