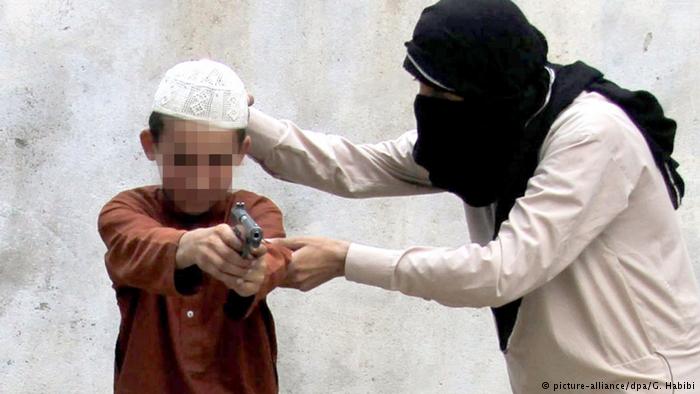 The terrorist “Islamic State” (IS) militia is mostly defeated in Syria and Iraq. According to the US military, the jihadis have pulled out of 98 percent of the areas they used to control in both countries. And Syrian, Iraqi and US forces plan to take the remaining 2 percent from them as well.

To reach this goal, the US military conducted 58 airstrikes in the week from December 29 to January 5 alone, according to the US Department of Defense. Those strikes involved fighter jets, helicopters, drones, rockets and heavy artillery.

“[The physical caliphate] has been broken and fractured, but the work still continues,” Pentagon spokeswoman Dana W. White said in a press briefing on January 11. “We are going to continue our operations because we ultimately have to ensure we have conditions on the ground that ISIS can never re-emerge,” she added, using an alternate acronym for the terrorist group.

But this is a tough goal to reach, especially for one reason: IS might be close to physical defeat in Iraq and Syria, but its ideology lives on. The organization is set up to endure long-term, the Pentagon states on its website. It secures its survival through a sort of “franchising system.”

“Even though they failed as a caliphate, there are global manifestations of their brand that we see pop up,” Marine Corps Lieutenant General Kenneth F. McKenzie Jr. told reporters in the press briefing.

Fighting the IS image

That’s why the focus will now be on combating the IS’ image, officials said. And according to the Pentagon, the chances of winning that battle as well are pretty high.

“[IS’] global brand is fading with the defeat of the physical caliphate and as stories about the horror of life under ISIS are disseminated,” officials state on the Defense Department’s website.

And yet, IS is far from being completely defeated. Instead, the jihadi organization is just returning to its roots in guerilla warfare, news outlet Al-Jazeera reports. Al-Jazeera says volunteers are still trying to join but that crossing the secured border from Turkey into Syria is now harder than it used to be.

In addition to the challenge posed by volunteers who come from abroad to join IS, security authorities in Syria and Iraq are facing another problem: the ideological and psychological legacy that the IS regime left in its former area of influence.

In most regions, IS was not in power for more than three years. But three years are a long time, particularly for young people. That’s especially true for little children who had to witness the jihadis’ violence, including brutal public punishments and executions, at a very early age.

“Even if they weren’t trained, they may have memories of living in a war zone,” Daan Weggemans, a terrorism researcher at the Institute of Security and Global Affairs at Leiden University, told online magazine AI-Monitor.

The young people growing up during these years were robbed of an education. Many of them learnt how to use weapons instead of how to read and write.

“There might actually be a lost generation,” Nadim Houry, the director of the terrorism and counterterrorism program at Human Rights Watch, told Al-Jazeera.

Many adults have difficulties leaving the IS regime behind as well, Houry said. They are “just still trying to comprehend what happened.”

The problem of an IS-produced “lost generation” is likely to reach Europe soon –  in the form of hundreds of children who were taken to Syria or Iraq by their parents or who were born there in the camps of IS fighters.

It’s not clear yet how European states will deal with these children. Rules vary from country to country. Belgium, for example, plans to let children younger than 10 enter the country automatically. However, that only includes those who have taken a DNA test proving that they are actually children of Belgian IS fighters.

In December 2017, three French children of alleged IS fighters were returned to Paris by airplane after having been in the custody of Iraqi authorities.

In the Netherlands, children of IS fighters are generally allowed to return as well. But right now, the government is not planning on granting them Dutch citizenship.

No concrete measures in Germany yet

Germany also wants to bring back children of German IS fighters. But experts are already warning that the return of older children, in particular, could pose risks.

“We see the danger that children were socialized by jihadis along Islamist lines and will return to Germany from these war zones having been indoctrinated,” said Hans-Georg Maassen, head of the Federal Office for the Protection of the Constitution, Germany’s domestic security agency. “This could lead to the rise of a new jihadi generation here, too.”

Torsten Voss, head of Hamburg’s state Office for the Protection of the Constitution, said that this problem had to be solved before security authorities could start to act.

It’s not clear yet what steps will be taken. Foreign policy experts of all parties are looking for solutions. But concrete measures can only be taken once Germany has a new government.

Iran says will retaliate against US sanctions on chief judge