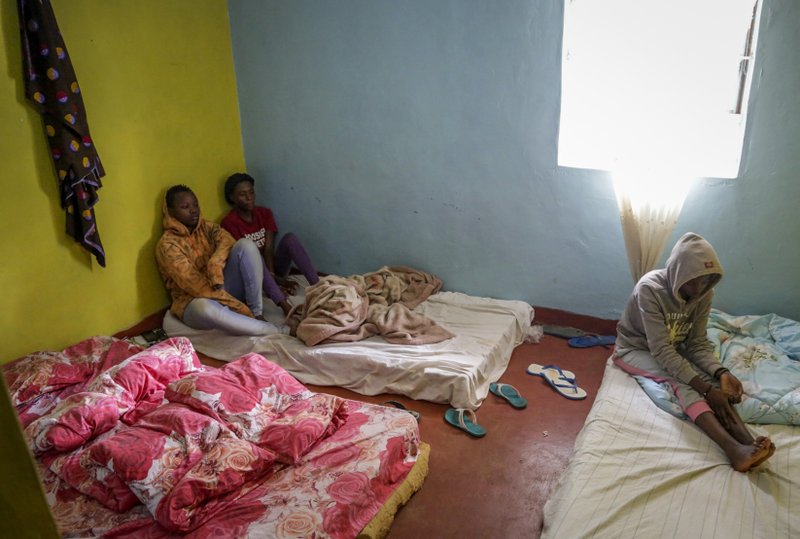 NAIROBI, Kenya (AP) — Burundi national Nina Muregwa says she feels threatened again. After escaping death threats back home over her sexual identity the 17-year-old thought she had found a sanctuary in Kenya. Recent incidents, however, have left her scared for her life once more.

She and other LGBT refugees allege they have been harassed by police in recent weeks in Kenya, which is a rare regional haven for the gay community and yet maintains that gay sex is illegal. It is the only East African nation where someone can seek asylum and be registered as a refugee based on their LGBT status, the United Nations refugee agency says. It is not clear how many are registered in Kenya.

Muregwa and 16 other refugees allege that five police officers arrested them at gunpoint at home and locked them up without charge earlier this month. After they were released two days later on June 10, they allege another group of police officers tried to arrest them but the U.N. refugee agency intervened.

Nairobi police chief Philip Ndolo told The Associated Press that the refugees were arrested for their own protection. He did not give details.

The refugees have now locked themselves in their two-bedroom house in the capital, Nairobi, saying they are too frightened to venture out even for food because of threats from local residents.

Kenyan human rights activists say they saw this coming. They had warned that a closely watched High Court ruling last month upholding the criminalization of gay sex would bring a backlash against the LGBT community. Some Kenyans would now feel emboldened to act out, even with violence, said leading gay rights activist Eric Gitari.

Gay refugees are especially vulnerable. Last month some of them protested outside the U.N. refugee agency office in Nairobi demanding more support from the agency and more respect from Kenyan authorities. In April another group of at least 55 LGBT refugees held a sit-in protest outside the office demanding resettlement as Kenyan authorities sought to close the emergency shelter where they stayed.

Finding a safe place to live has become a challenge, some of the refugees say.

Muregwa, who said she left Burundi after her lover’s mother threatened to kill her, eventually settled in Nairobi’s low-income neighborhood of Githurai and found shelter with fellow refugees.

The U.N. refugee agency has told gay refugees it would help in finding accommodation but “the recent ruling has shown that we are not welcome in this country,” Muregwa said. “We cannot live where we are unwanted.”

“We only eat porridge once a day. How can one only survive on porridge in this life? We are suffering,” said Mvugonziza Espoir, a Congolese refugee.

The U.N. refugee agency in a statement last month said that while Kenya’s government is responsible for ensuring the safety of gay refugees, the agency “is also actively involved in ensuring the protection of ALL refugees in the country.”

Robert Hurt, the head of risk management and compliance at the U.N. agency’s regional office, said the agency provides protection, support and counselling. “If people call up our helpline or have contact with one of our protection officers, we will assist them,” he said.

By TOM ODULA and DESMOND TIRO

In this photo taken Tuesday, May 28, 2019, LGBT refugee Nina Muregwa, 17, left, from Burundi, who says she left Burundi after her lover’s mother threatened to kill her, sits with others in the house where they take shelter in a low-income neighborhood of the capital Nairobi, Kenya. LGBT refugees allege they have been harassed by police in recent weeks in Kenya, which is a rare regional haven for the gay community yet maintains that gay sex is illegal. (AP Photo/Khalil Senosi)