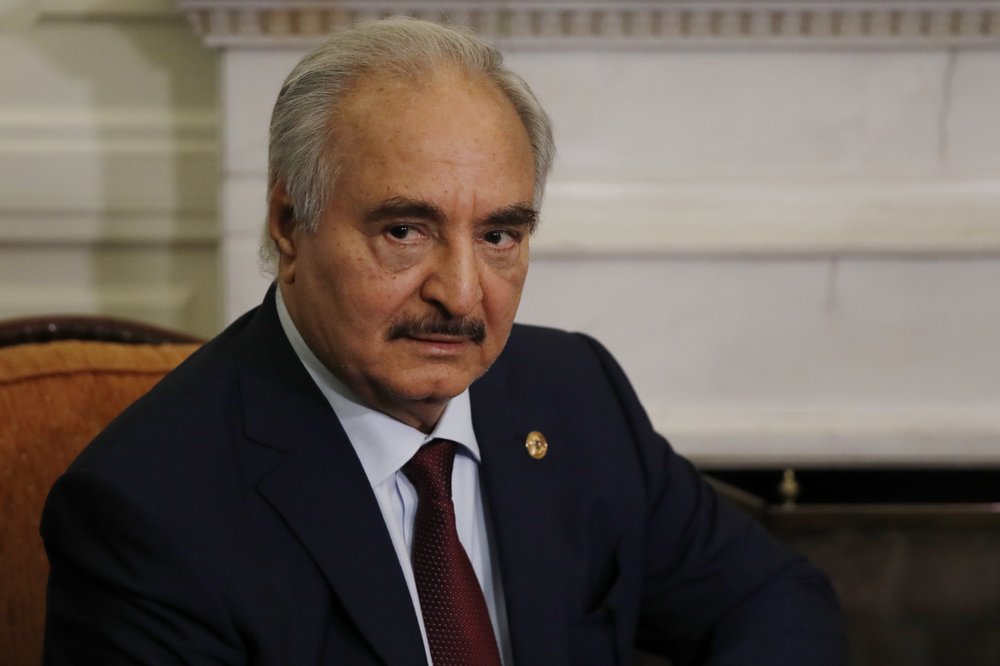 CAIRO (AP) — Libya’s UN-supported government Friday announced a cease-fire across the oil-rich country and called for demilitarizing the strategic city of Sirte, which is controlled by rival forces.

In a separate statement Aguila Saleh, speaker of the rival east-based House of Representatives, also called for a cease-fire. The announcements came amid fears of an escalation in the more than nine-year-old conflict.

Fayez Sarraj, head of the Government of National Accord in the capital Tripoli, also announced parliamentary and presidential elections would be held in March.

Both administrations said they want an end to an oil blockade imposed by the camp of military commander Khalifa Haftar since earlier this year. Haftar is an ally to the parliament speaker. They also called for oil revenues, the country’s main source of revenue, to flow into the bank account of the National Oil Corporation outside Libya.

Powerful tribes in eastern Libya loyal to Haftar closed oil export terminals and choked off major pipelines at the start of the year in an effort to pressure the Tripoli-based government.

The developments come amid international pressure on both sides and fears of a new escalation in the chaotic proxy war, as the rivals mobilize for a battle over Sirte, the gateway to the country’s major oil export terminals.

Both statements called for demilitarizing the city of Sirte and the Jufra area in central Libya, and for a joint police force to be responsible for security there.

There was no immediate comment form Haftar’s army, but Haftar agreed on an Egyptian initiative in June that included a cease-fire.

The UN support mission in Libya welcomed both statements and called for the expulsion of all foreign forces and mercenaries in Libya. Both sides of the conflict are supported by thousands of mercenaries.

“The two initiatives have created hope for forging a peaceful political solution to the longstanding Libyan crisis, a solution that will affirm the desire of the Libyan people to live in peace and dignity,” said Stephanie Williams, acting head of the U.N. mission .

Libya was plunged into chaos when a NATO-backed uprising in 2011 toppled longtime dictator Moammar Gadhafi, who was later killed. The country has since split between rival east- and west-based administrations, each backed by armed groups and foreign governments.

Haftar’s forces launched an offensive in April 2019 to try and capture the Tripoli. But his campaign collapsed in June when the Tripoli-allied militias, with Turkish support, gained the upper hand, driving his forces from the outskirts of Tripoli and other western towns.

The chaos in the oil-rich country has worsened in recent months as foreign backers increasingly intervene, despite pledges to the contrary at a high-profile peace summit in Berlin earlier this year.

Haftar is supported by Egypt, the United Arab Emirates and Russia. Turkey, a bitter rival of Egypt and the UAE in a broader regional struggle over political Islam, is the main patron of the Tripoli forces, which are also backed by the wealthy Gulf state of Qatar.

Haftar’s offensive on Tripoli deeply polarized the already divided country and aborted UN efforts to hold a peace conference more than a year ago.

Egyptian President Abdel Fattah al-Sisi on Twitter welcomed both statements as “an important step on the path of achieving the political settlement.”

Image: FILE – In this Jan. 17, 2020, file, photo, Libyan Gen. Khalifa Haftar joins a meeting with the Greek Foreign Minister Nikos Dendias in Athens. Two families targeted in a campaign of violence more than five years ago are suing Khalifa Haftar, the military leader of east Libya in a suburban Virginia court. Hifter, a United States citizen and former Virginia resident, is accused of carrying out extrajudicial killings and torture under a rarely invoked law that allows for victims of these crimes committed in other countries to sue foreign officials in US courts. (AP Photo/Thanassis Stavrakis, File)

On Libya's front lines, Sirte is focus for regional rivalries