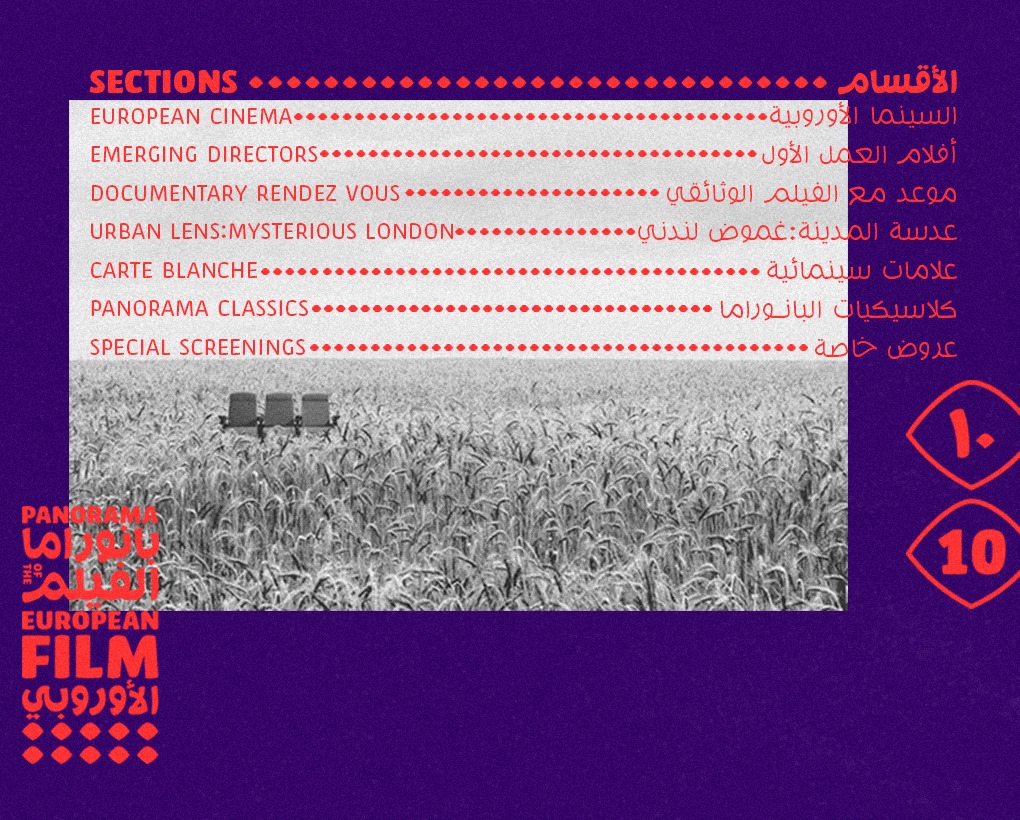 Egypt’s annual Panorama of the European Film launches this Wednesday for its tenth year, bringing together a distinct programme of new films and classics to audiences in Egypt, screening across 10 governorates.

Fifty-five features and short films from across 26 countries will be featured in this year’s festival, which will be running from the 8th to the 18th of November.  The screenings will include iconic films that have had significant impacts on world cinema, recent award-winning offerings from European directors, and first features from promising young filmmakers.

One of the sections will screen a selection of European films chosen by Egyptian filmmakers, to emphasize intercultural and artistic dialogue; this year’s films are from France, Greece, and England by three different renowned filmmakers of different generations.

The Belgian film King of Belgians will open the 10th Panorama of the European Film on November 7th.

The film will be screened at Zamalek Cinema, which joins the Panorama for the first time this year as one of the two main screening venues in Cairo, alongside Zawya.

King of Belgians is a mockumentary directed by Jessica Woodworth and Peter Brosens, and co-produced by Belgium, the Netherlands and Bulgaria.

The film follows the fictional King Nicolas III (The King of Belgians) who, unable to fly due to a solar storm, finds himself on a road trip across the Balkans trying to return home after his trip to Istanbul as Wallonia declares its independence from Belgium.

The Belgian film has won a number in international awards, including the KNF Award at the Rotterdam International Film Festival 2017.

Loving Vincent, a movie directed by Dorota Kobiela and Hugh Welchman, will also be screened at the festival. It is the world’s first fully oil-painted feature, and explores the mysterious death of Vincent Van Gogh.

The Polish-British film has won four international film festival awards including the best animation film from Shanghai International Film Festival 2017, which praised the film that “spoke to the heart of the artist.”

The film “Manifesto” will be screened at the 10th edition of the Panorama of European Film.

Panorama will also screen the film that did go on to win the Palme d’Or this year, the Swedish satirical drama ‘The Square’ by Ruben Östlund. Pedro Almodóvar, who was the jury president at Cannes, said that the film, which satirises the Swedish art world, depicts “the dictatorship of being politically correct.”

“The Other Side of Hope,” by Finnish director Aki Kaurismäki is also on the screening list. The film explores the refugee crisis via a story about a friendship between a Syrian refugee and a Finnish man. It won both the Silver Berlin Bear for the best director at the Berlin International Film Festival 2017, and the FIPRESCI Film of the Year award from the San Sebastián International Film Festival 2017.

The Emerging Directors section at Panorama is dedicated to first feature films, with the aim of selecting innovative and exciting work by new talents.

“Adama,” a French animated drama film directed by Simon Rouby, is also featured. The film tells the story of a young West African boy who sets off across Europe in search of his older brother during World War I. It was nominated for César Awards in 2016 and the best feature film award from Annecy International Animated Film Festival 2015.

Seven films will feature in the Documentary Rendez Vous section, which will include a special selection of short Irish documentaries.

The seven films include American documentary “I Am Not Your Negro” about writer James Baldwin, which was nominated for the Best Documentary Feature award at the Oscars this year.

The French documentary “Plot 35,” which was nominated for the Golden Eye award at Cannes this year, will also feature in this section. The film explores director Eric Caravaca’s own family history.

The Carte Blanche section was first introduced at the seventh Panorama, with the aim of presenting three Egyptian filmmakers’ European film choices.

It has also become an annual tradition at the Panorama to feature an artistic, in-depth look at the reality of a European city via a careful selection of a number of films, and this year, London will be the city on display, under the title “Mysterious London.”

In partnership with the British Council, this year’s Urban Lens section focuses on the gloomy streets of the British capital, via a selection of dark movies that feature the city. The three films are Frenzy (1972) by Alfred Hitchcock; Night and the City (1950) by Jules Dassin; and Sapphire (1959) by Basil Dearden.

The Panorama of the European Film is an annual event that was launched by Misr International Films in 2004, and was incorporated under Zawya in 2014.

The Panorama of the European Film takes place under the auspices of the Ministry of Culture and the Egyptian Film Center, and is funded by the European Union, the British Council, the Goethe Institute, the French Institute, the Italian Cultural Institute, alongside the embassies of Ireland, Holland, Sweden, and Portugal. 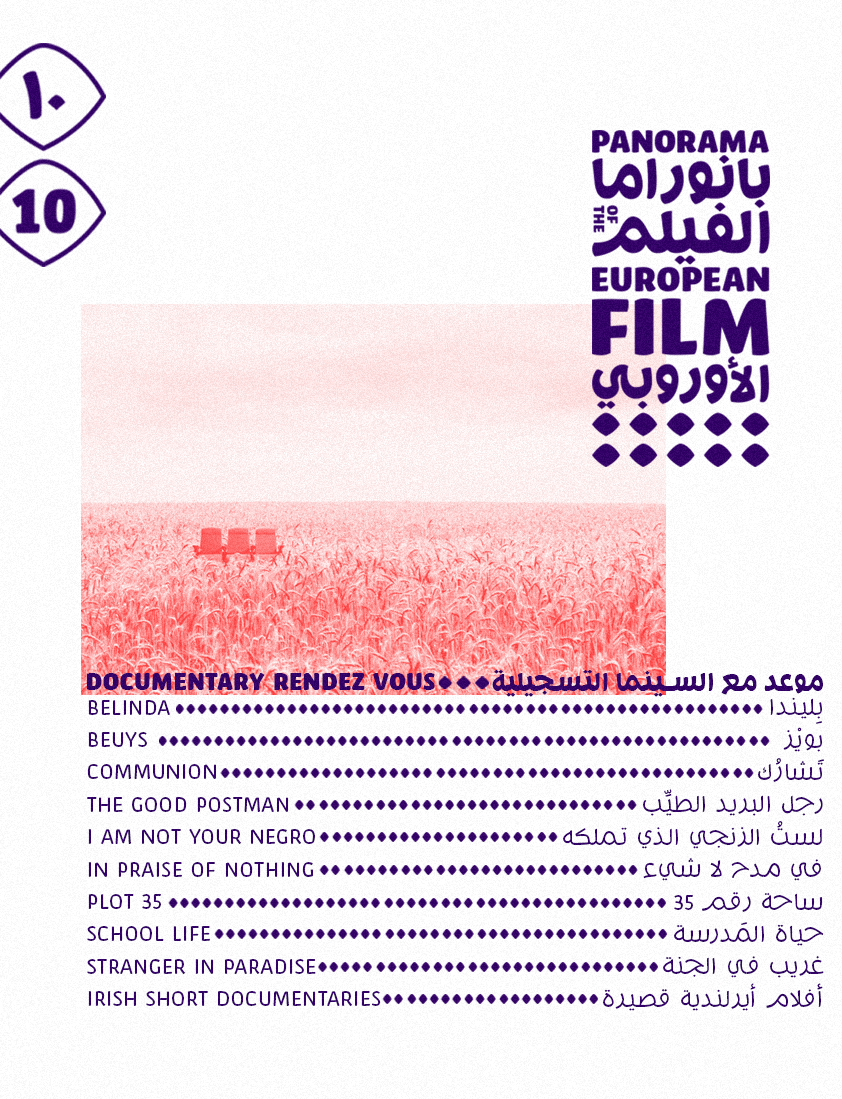 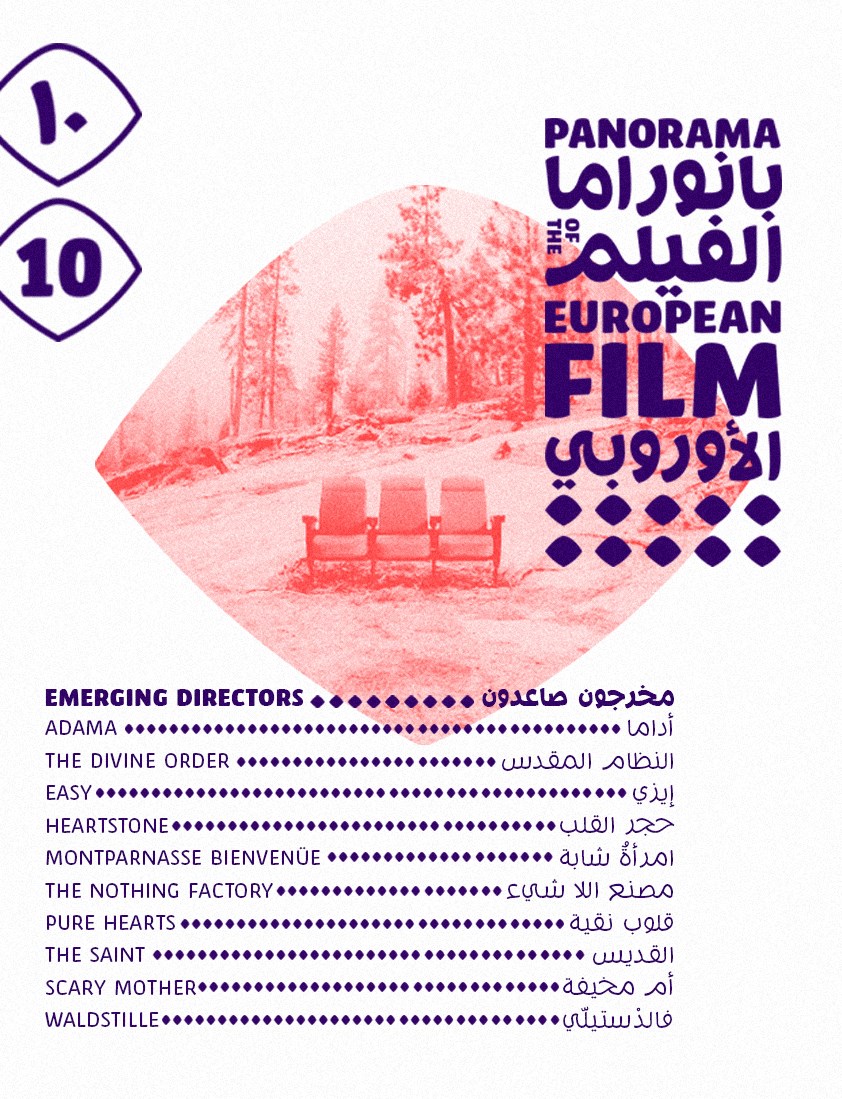 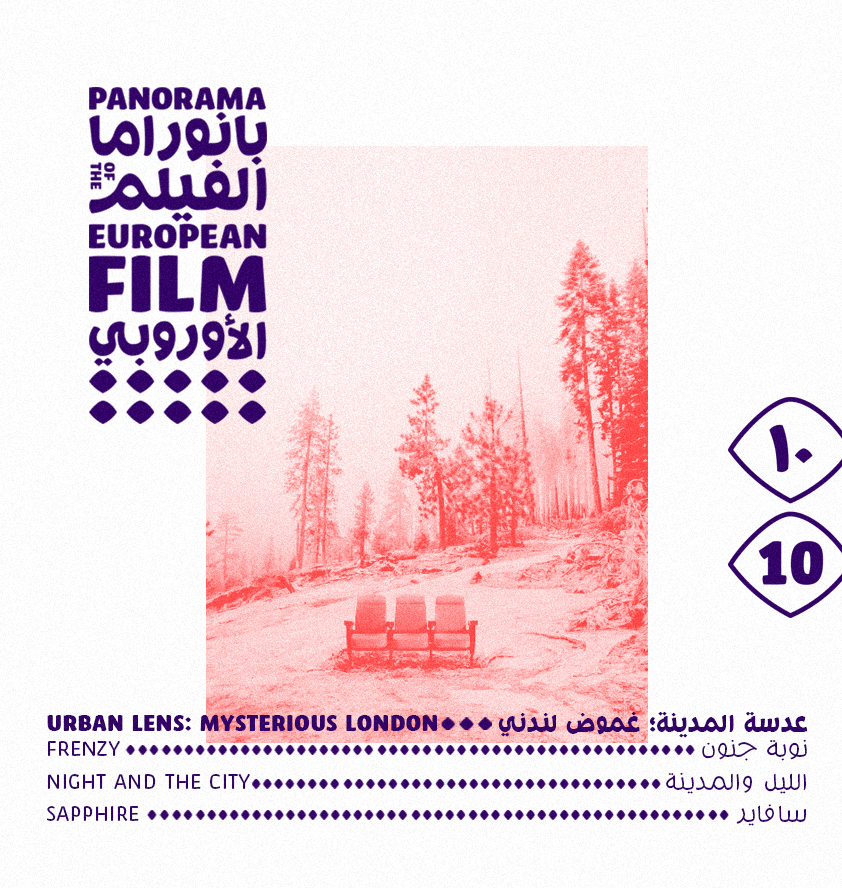 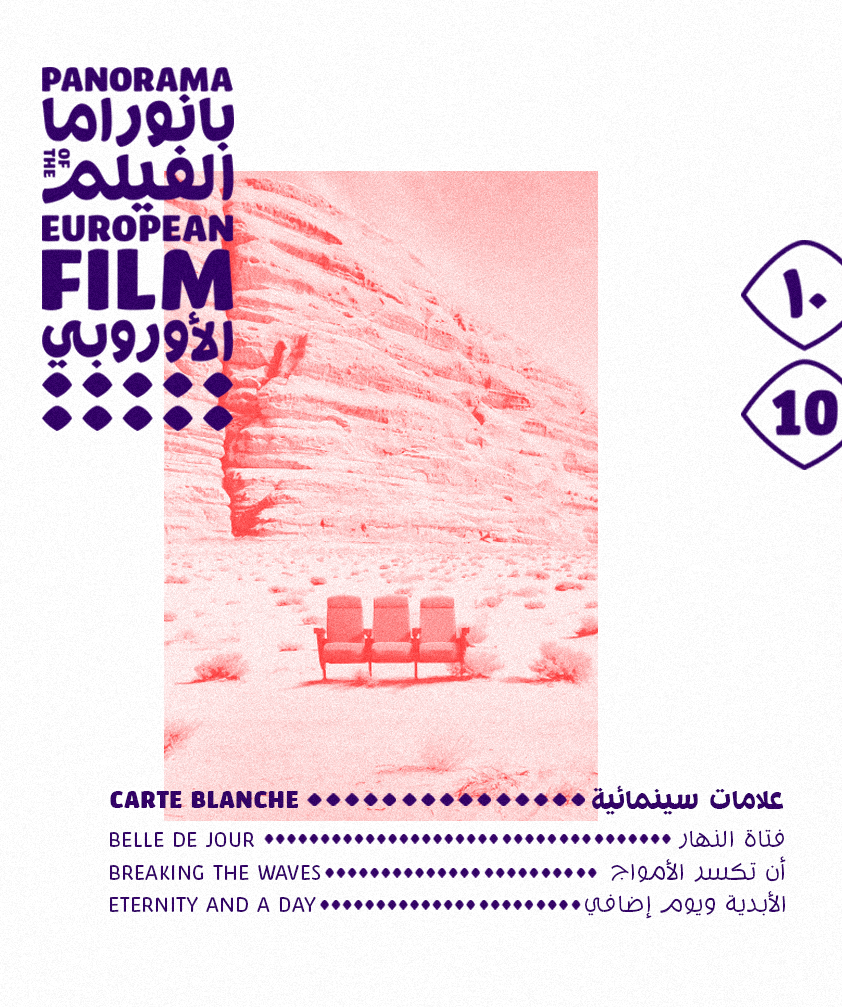 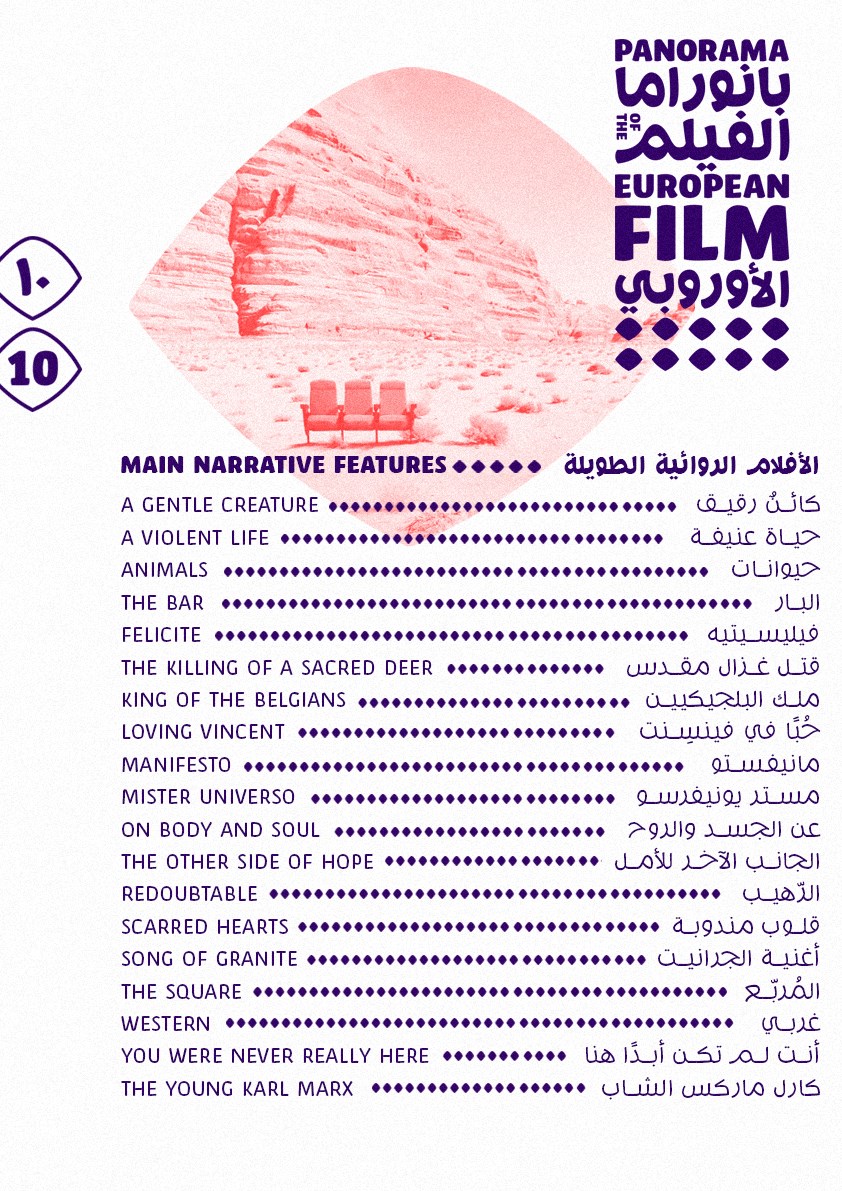