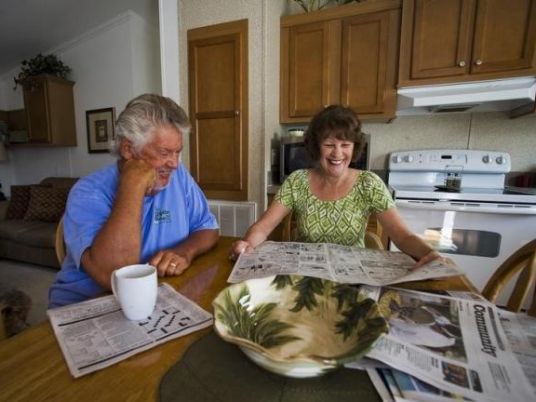 Older adults with low vitamin D levels – and that accounts for most of them – may lose their memories and thinking abilities faster than those with normal vitamin D levels, researchers say.
“We were not particularly surprised by our findings because there is a recent and growing literature on the associations between vitamin D status and risk of Alzheimer's disease/dementia, cognitive decline, and brain atrophy,” Dr. Joshua W. Miller from Rutgers University, New Brunswick, New Jersey told Reuters Health by email
Miller and a team at University of California, Davis’s Alzheimer’s Disease Center looked at the association between blood levels of vitamin D and changes in memory and thinking ability in 318 adults over an average of five years.
Participants were an average of 76 years old, and included 158 whites, 113 African Americans and 96 Hispanics.
Past research has shown that fully half of the US population over age 65 has insufficient or deficient levels of vitamin D, and that non-whites are more likely to have levels that are too low, the authors point out.
Previous studies have also linked low vitamin D levels to higher risk of dementia. Among people with cognitive impairment, an estimated 70 percent to 90 percent are insufficient in vitamin D, Miller’s team writes in JAMA Neurology.
In the new study, the researchers looked at blood levels of 25-hydroxyvitamin D (25-OHD), which is the form generated when the body converts vitamin D made in the skin in response to sunlight and consumed in foods like eggs, oily fish and milk.
Circulating 25-OHD levels can only be measured by blood test, and current guidelines consider adequate levels to be in the range of 20 nanograms per milliliter of serum to 50 ng/mL. Insufficient is 12 to less than 20 ng/mL, and levels below 12 ng/mL are considered deficient.
The study team found that more than 60 percent of the participants had low vitamin D levels, including more than a quarter who had vitamin D deficiency. African Americans were more than three times as likely and Hispanics were more than twice as likely as whites to have low vitamin D levels.
Individuals with dementia had lower vitamin D levels (about 16.2 ng/mL) than those with mild cognitive impairment (average 20 ng/mL) or whose memory was normal (19.7 ng/mL), according to the results.
Low vitamin D levels were also associated with significantly more difficulty with remembering general information (semantic memory), seeing the relationship between objects (visuospatial ability) and managing overall thinking processes (executive function).
Over a period of just under five years, individuals with low vitamin D levels showed a more rapid decline in executive function and in the ability to remember their own past personal experiences (episodic memory).
These rates of decline were similar for individuals who had normal brain function at the beginning of the study and for those who already had dementia or mild cognitive impairment.
When the researchers adjusted for other cognitive risk factors, such as vascular disease, obesity and the presence of a gene variant associated with Alzheimer’s disease risk, the link between low vitamin D and cognitive impairment remained.
“Low vitamin D status is very common in older adults and is associated with accelerated rates of cognitive decline,” Miller said.
So far, he added, there have been no careful studies to determine whether taking vitamin D could slow or prevent memory loss, but he suggested measuring your vitamin D level to see whether you need more vitamin D.
“There is a potential danger in consuming too much vitamin D as a supplement,” Miller cautioned. “The upper tolerable level of daily intake (UL) for vitamin D established by the Institute for Medicine is 4000 IU/day for individuals age 9 years and older. Above this level, the risk of adverse health effects increases, with very high doses (10,000 IU/day or more) potentially causing damage to kidneys and other tissues. The recommended dietary allowance (RDA) is 600 IU/day.”