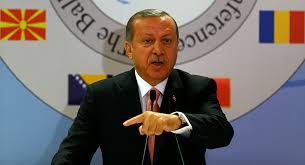 After traversing several countries en route to the rich West, Najibullah, a former policeman from the Afghan town of Kholm, his pregnant wife and four children, got stuck in Serbia.

Now they spend days of relative normalcy in a drab refugee camp in Krnjaca, an industrial area on the outskirts of the Serbian capital Belgrade, hoping they will ultimately move to Germany where 30-year-old Najibullah has relatives.

If they get their wish, they would join more than a million other migrants who have arrived in Germany since 2015, when Chancellor Angela Merkel offered sanctuary to those fleeing war and poverty.

Although lauded in some quarters, Merkel’s actions meant she paid a political price in German elections in 2017, where the far right surged on anti-migrant sentiment. In that light, the challenges of migration remains high on the agenda of western states, not least those gathering at Davos this month, under the banner of “Creating a Shared Future in a Fractured World”.

The path many took to Germany, the so-called ‘Balkan route’, was shut in 2016 when Turkey agreed to stem the flow of people in return for EU aid and a promise of visa-free travel for its own citizens.

But migrants from the Middle East, Africa and Asia continued to arrive in Serbia, mainly from Turkey, via neighboring Bulgaria, attempting to enter the EU through bloc members Hungary and Croatia.

According to officials there are as many as 4,500 migrants in government-operated camps in Serbia. Rights activists say that hundreds of others are scattered in the capital Belgrade and towns along Croatian and Hungarian borders.

In Krnjaca, Najibullah’s eight-year-old daughter Sonya, started attending school and soon excelled in Serbian, enough to serve as an interpreter with her father in an interview on Tuesday.

“It is not bad here, I am going to school, I have good friends there, they invite me to parties … my father wants to go to Germany, he has friends, sister there,” Sonya said pointing to Najibullah.

Sonya is one of 95 children in the Krnjaca camp that are currently attending 11 elementary schools in Belgrade. Their numbers vary as while some families leave camps to enter Hungary and proceed further to Europe, others arrive.

Of the migrants that arrived in Germany, Europe’s largest economy, since mid-2015, many have struggled to find their feet in the labor market due to a language barrier or vocational skills. Germany needs skilled labor, given its aging population.

Last October, Merkel agreed to cap the number of refugees the country accepts at 200,000 annually and Najibullah said he was hoping his family will be accepted.

“I hope I will find a job in Germany,” Najibullah said according to Sonya’s translation.

In another prefabricated hut, built by the communist Yugoslavia for single factory workers, Marwan Ahman, an ethnic Kurd from Iraqi city of Kirkuk complained about the bland, canned food served to his family of four in camp’s kitchen.

Marwan, a civil engineer by education and a shopkeeper by trade also said he had no plans to stay in Serbia where living standards and wages lag far behind EU which it wants to join.

“I want to go to Germany to make good future to my children and my family,” he said in Kurdish through an interpreter.

“Look at this room, it has bunk beds and nothing else, this is not good place for a family,” he said.