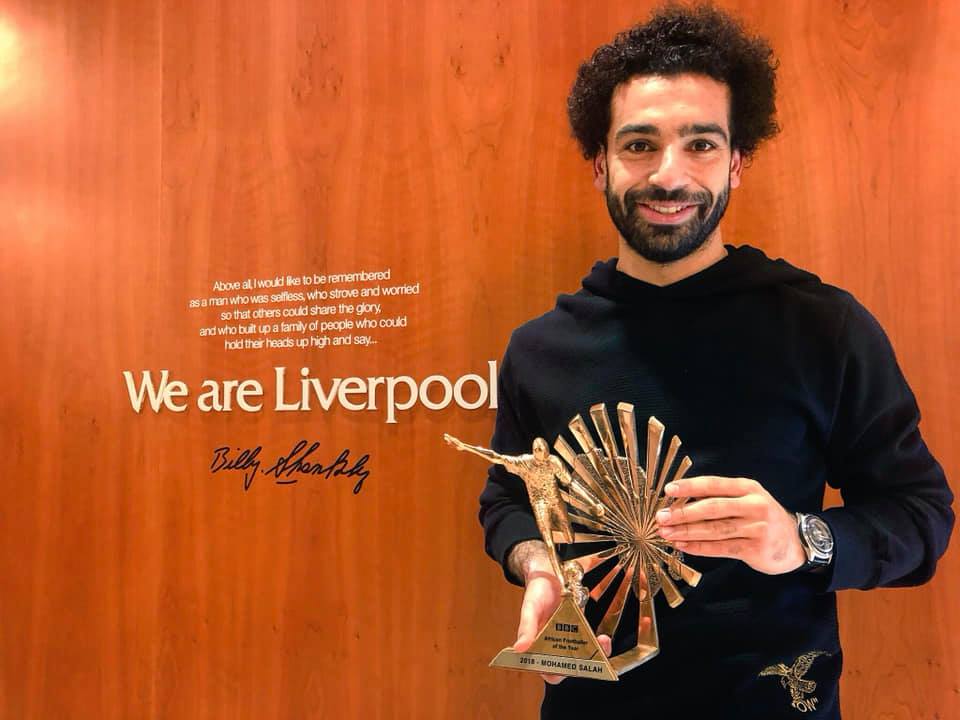 The BBC awarded on Friday Egypt footballer and Liverpool star Mohamed Salah the Best Player in Africa award for 2018 for the second year in a row.

Salah is contesting for the African Football Confederation (CAF) award for the best player of the year 2018, which will be announced on January 8 in the Senegalese capital Dakar. Salah garnered the same award in 2017.

Salah won the Golden Boot award as well as the Premier League Player of the Season title after an unforgettable debut season with Liverpool.

Known as the “Egyptian King”, he won the Football Supporters’ Federation’s (FSF) Men’s Player of the Year award for 2018 on December 4. Salah was also announced the winner of a fan’s poll that attracted over 366,000 votes during a December 3 ceremony in London, Liverpool reported on its official website.

Salah cedes MOTM award to teammate for his 500th appearance