A French female television reporter was sexually assaulted during a protest in Cairo's Tahrir Square, she told AFP on Saturday, the latest in a series of such attacks on women covering unrest in Egypt.

Sonia Dridi, a correspondent for France 24, said a mob of mostly young men surrounded her on Friday while she was on the air and then began to grope her. The attack lasted several minutes before a male friend managed to pull her out.

"I was groped everywhere. I realised [later], when someone closed my shirt, that it was opened, but not torn off. I avoided the worst because I have a good belt," and a friend helped her out, she said.

Dridi said she was filing a police complaint. In the past, police have not succeeded in apprehending suspects after similar attacks on women in the protest hub.

In June, a group of men attacked and sexually assaulted several protesters in a women's march against sexual harassment in Tahrir, epicenter of the uprising that toppled president Hosni Mubarak early last year.

The assaults, which female protesters and journalists say are commonplace in Tahrir Square, had already gained notoriety after US journalist Lara Logan was sexually assaulted there on 11 February 2011, the day Mubarak resigned. 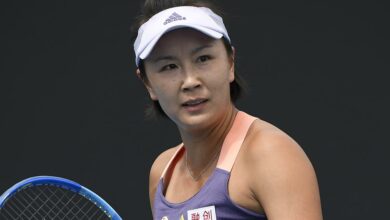