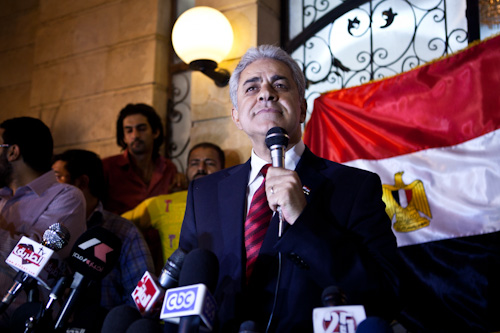 opposition bloc in an effort to persuade them to attend national dialogue sessions, a presidential source said.

The source told Al-Ahram news portal that the presidential envoy would confirm to the NSF leaders that the president is willing to discuss their demands to end division, pointing out that he would not leave the meeting without coming up with solutions for all demands — particularly a Cabinet reshuffle.

The NSF had previously conditioned its attendance of the national dialogue on a Cabinet reshuffle.

The source said the president is also reaching out to youth coalitions to end national division, adding that he would approve a reshuffle if all political groups agree to it.

News reports Sunday had indicated the president was considering an initiative from the Islamist Wasat and Nour parties to replace Prime Minister Hesham Qandil.