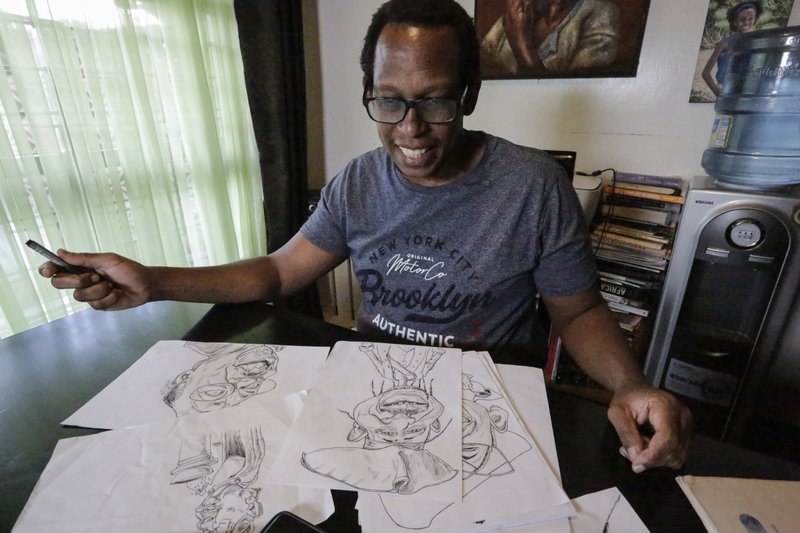 BOGOTA, Colombia (AP) — Demands to stop the vote count. Baseless accusations of fraud. Claims that the opposition is trying to “steal” the election.

Across the world, many were scratching their heads Friday – especially in countries that have long been advised by Washington on how to run elections — wondering if those assertions could truly be coming from the president of the United States, the nation considered one of the world’s most emblematic democracies.

“Who’s the banana republic now?” Colombian daily newspaper Publimetro chided on the front page with a photo of a man in a US flag print mask.

The irony of seeing US Donald Trump cut off by major media networks Thursday as he launched unsubstantiated claims lambasting the US electoral system was not lost on many. The US has long been a vocal critic of strongman tactics around the world. Now, some of those same targets are turning around the finger.

Venezuelan President Nicolás Maduro laughed as the vote dragged on past Tuesday, briefly breaking into the hymn of his nation’s annual beauty contest on state TV, singing, “On a night like to night, any of them could win.”

In Africa – long the target of US election guidance — one Kenyan commentator spun out satiric tweets, drawing freely from clichés that long have described troubled elections and questioning the strength of democracy in the US

Kenyan cartoonist Patrick Gathara tweeted that Trump “has barricaded himself inside the presidential palace vowing not to leave unless he is declared the winner,” with a mediator “currently trying to coax him out with promises of fast food.”

Along with the mockery comes dismay. Many people in Africa see the US as a bellwether for democracy and, after troubled votes in Tanzania and Ivory Coast in recent days, they looked to what Washington might say.

“We are asking ourselves, why is the US democratic process appearing so fragile when it is meant to be held up to us in the rest of the world as a beacon of perfect democracy?” said Samir Kiango, a Tanzanian out in his country’s commercial capital Friday.

For decades, the US has been an advocate for democracy abroad, using diplomatic pressure and even direct military intervention in the name of spreading the principles of a pluralistic system with a free and fair vote for political leaders. These tactics have generated both allies and enemies, and this year’s presidential vote perhaps more than any other is testing the strength of the values it promotes around the world.

And the world is paying close attention.

Few places on Earth have been on the receiving end of US election advice as the African continent, where the US has encouraged nations to have independent electoral commissions, a uniform voters’ roll and other standards aimed at ensuring an equitable vote.

“The US electoral system has none of these. Not a single one,” Sithembile Mbete, a commentator and senior lecturer on political science at the University of Pretoria, said at an online event last month.

“Some African elections are actually better-run,” added Nic Cheeseman, professor and author of a book on democracy in Africa.

Denis Kadima, executive director of the Electoral Institute for Sustainable Democracy in Africa, said he sees Trump’s approach to democracy as an exception, but “we should not use that as a way of allowing our own governments to do bad things.”

In Mexico, some commentators called on the media to follow the lead of US colleagues in cutting off transmissions when their own country’s president begins spreading falsehoods.

Yet there also was concern that a region where many democracies are still on fragile ground –- or in the throes of outright autocratic rule –- that Trump’s behavior could set a bad precedent.

“If we resort to violence or loud demonstrations or political leaders trying to do their best to skew the results before it’s finalized, that will provide a different example for countries in Latin America, “ said Eric Farnsworth, vice president of the Council of the Americas, a New York-based organization promoting business in the region.

Still, despite all the ruckus in the US, many said they see it as a blip, unlikely to damage the country’s reputation as a champion of democracy.

Kadima, in the Ivory Coast, said he sees Washington as retaining its ideals, though he admitted confusion over the persistence of the electoral college system.

“I’m not very impressed by the college system, which I don’t find terribly democratic,” he said.

His colleague, Grant Masterson, noted that the US election system has “50 different ways in 50 different states,” something he said works for the American people but “certainly not the system that other countries are charging toward to embrace.”

What he finds “fantastic for American democracy,” however, is the ritual of the concession speech after a bitterly fought vote, signaling that it’s time to “take off your partisan hats and put on your national hat” and move on.

“That’s really been an exceptionally good example for the rest of the world to emulate,” he said — though he has doubts about such a speech this time.

As restless Americans awaited voting results from the few remaining states not yet colored red or blue, millions across the world joined them. And however it turns out, many hoped that ultimately America’s humbled democracy comes out stronger.

Gathara, the Kenyan cartoonist and commentator, said he is optimistic there will be a more honest discussion about democracy as a result.

“I really don’t know how it ends,” he said of his running commentary. “We’re all trying to figure this democratic thing out.”

By CHRISTINE ARMARIO and CARA ANNA

Image: Kenyan cartoonist and commentator Patrick Gathara works on drawing cartoons at his house in Nairobi, Kenya, Thursday, Nov. 5, 2020. As the United States twists itself into knots over its most contentious vote in decades, Gathara has spun out a widely read alternate commentary on Twitter, drawing freely from cliches that long have been aimed at elections in Africa. (AP Photo/Khalil Senosi)

Be prepared: Biden transition team at work amid limbo

Biden rebuilding ‘blue wall’ in race for the White House