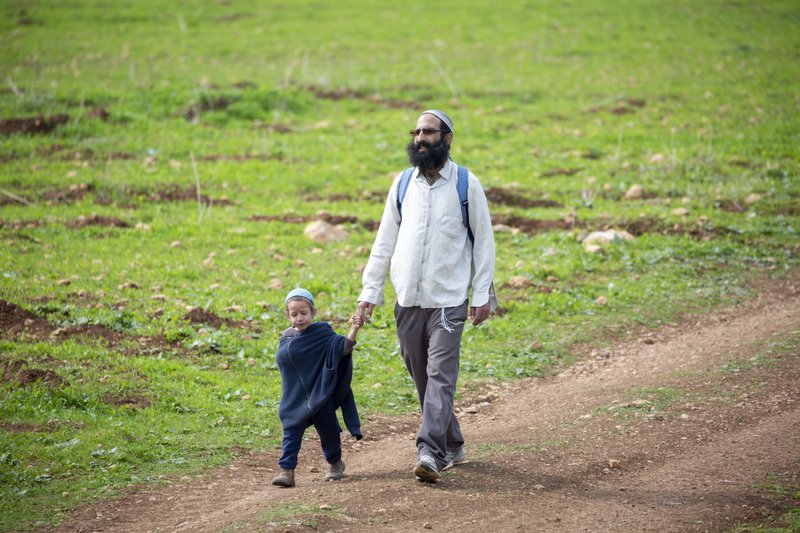 ATERET, West Bank (AP) — With Israel’s prime minister eager to court the votes of the country’s influential West Bank settlers, President Donald Trump’s Mideast plan seemed to be the key to ramping up their support ahead of critical elections next week.

The plan envisions Israel’s eventual annexation of its scores of West Bank settlements — a longtime settler dream. But in the weeks since it was unveiled, Benjamin Netanyahu has stumbled over his promises to quickly carry out the annexation, sparking an outcry from settler leaders and threatening any goodwill he hoped to gain from the plan.

“If there is something that undermines the stability of the campaign in Netanyahu’s eyes, it is attacks from the right,” the columnist Mati Tuchfeld wrote in the pro-Netanyahu daily Israel Hayom. “It is not only the fate of Judea and Samaria that is on the line. His political fate is as well.” Judea and Samaria is the biblical name for the West Bank.

Israel heads to the polls for the third time in less than a year next Monday. The previous two rounds ended in deadlock, with neither Netanyahu nor his challenger Benny Gantz able to secure a 61-seat parliamentary majority. Pre-election polls show a similar impasse emerging from the next vote.

Facing a corruption trial two weeks after the election, Netanyahu is desperate to remain prime minister, a position he can use to rally public support as he fights the charges.

In a bid to move the needle in his favor, Netanyahu has spent the final weeks of the campaign handing out political gifts to different constituents. The Trump plan has been the centerpiece of that strategy.

The plan, announced at the White House in late January with much fanfare, sides with Israel on most of the Israeli-Palestinian conflict’s main sticking points. Beyond granting Israel sovereignty over large parts of the occupied West Bank, it falls far short of the Palestinian dream of an independent state. Instead, it calls for giving them limited autonomy over a disjointed archipelago of land, and only if they meet a stringent set of demands.

Seeing the plan as a green light, Netanyahu quickly pledged to steam ahead with annexation. But a Cabinet meeting announced by his office never convened, with Netanyahu apparently reined in by officials at the White House who balked at his premature zeal.

Netanyahu has since tempered expectations on his annexation vow, fending off attacks from hard-liners by saying he must first map the territory with the Americans.

“We don’t want to risk this. We are working responsibly and rationally,” Netanyahu told his Cabinet earlier this month. “To all those chirping in from outside and even from within the government: We did the work, we will complete the work.”

Israel captured the West Bank, along with east Jerusalem and the Gaza Strip, in the 1967 Mideast war. The international community, including a string of U.S. presidents, has long opposed Israel’s settlements, seeing them as obstacles to peace that gobble up Israeli-occupied land sought by the Palestinians for an independent state.

But Trump, backed by a team of Mideast advisers with close ties to the settlement movement, has taken a more lenient approach. His vision, with its tacit approval of Israel’s settlements, sparked feverish calls from settlers for Israel to immediately annex parts of the West Bank, including more than 120 settlements, home to nearly 500,000 Israelis.

Netanyahu’s about-face has triggered a backlash among settler leaders, including some within his own party. Settlers have erected a protest tent outside Netanyahu’s Jerusalem office, and have staged protests and been outspoken in their criticism.

“Israel should impose sovereignty even if America doesn’t agree,” said Yossi Dagan, a settler leader who has led the charge for annexation and is also an influential activist in Netanyahu’s Likud party. “This was a mistake and the prime minister must correct it.”

Netanyahu’s enthusiasm for the plan has drawn criticism from even more hard-line settler supporters who believe it doesn’t go far enough.

Also threatening Netanyahu is the fringe hard-right political party Jewish Power. The party, led by followers of the late rabbi Meir Kahane, who was expelled from Israeli politics over his racist views, has been Netanyahu’s foil throughout the repeated election campaigns.

Jewish Power’s leaders have rejected Netanyahu’s calls for the party to drop out of the race, despite forecasts that it will not come close to reaching the threshold for entering parliament. That means those votes, which could prop up Likud or the allied pro-settler Yamina party, are likely to go to waste.

The pro-settler vote is typically split between Likud, which mainly appeals to secular nationalists but also has a religious-nationalist cohort, and Yamina, where many settlers find an ideological home.

In a new gesture to the settlers, Netanyahu on Thursday promised to build thousands of new homes in east Jerusalem, including the last remaining open space that could potentially link Palestinian areas of the West Bank to the city.

While it’s unclear whether the recent developments will harm Netanyahu, they have roused longstanding settler wariness of him. Many accuse him of making empty promises and not being committed enough to their cause.

“There is suspicion of Bibi, over ‘how much is he on our side?’” said Yair Sheleg, a research fellow at the Israel Democracy Institute, referring to Netanyahu by his nickname. “The question is, in the contest between between Likud and Yamina, what will they prefer?”

Eli Rosenbaum, a school principal who lives in the Ateret settlement, which under Trump’s plan would be encircled by a Palestinian state, said he wasn’t buying Netanyahu’s pitch.

“Bibi used (annexation) as election spin and he quickly understood that he doesn’t want to do it,” Rosenbaum said from his kitchen, which overlooks a huge Palestinian flag rising from nearby Rawabi, a Palestinian town. “The moment he thought that he received our support, he backed down.”

Image: In this Friday, Feb. 21, 2020 photo, a settler and his son walk during the annual Jordan Valley parade, in the Jordan Valley. Israel’s prime minister is eager to court the votes of the country’s influential West Bank settlers in critical elections next month. President’s Donald Trump’s Mideast plan seemed to be the key to ramping up their support. The plan envisions Israel’s eventual annexation of its scores of West Bank settlements — a long time settler dream. But in the weeks since it was unveiled, Israeli Prime Minister Benjamin Netanyahu has stumbled over his promises to quickly carry out the annexation, sparking verbal attacks from settler leaders. (AP Photo/Ariel Schalit)

Pope appears to give thumbs down to Trump's Mideast peace plan