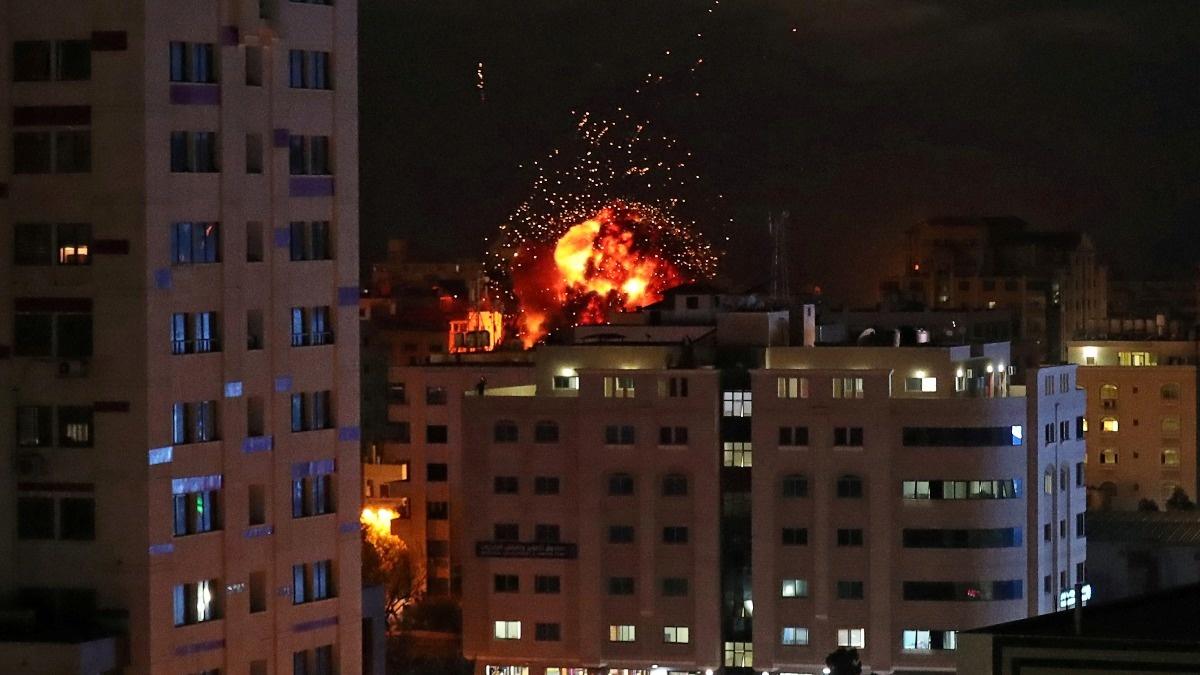 GAZA/JERUSALEM (Reuters) – Israeli Prime Minister Benjamin Netanyahu said on Sunday he ordered the military to continue “massive strikes” against militants in Gaza as a surge in cross-border hostilities ran into a third day.

A rocket fired from Gaza killed an Israeli civilian on Sunday and two Palestinian gunmen were killed in an Israeli strike, with no sign of any impending ceasefire in the most serious border flare-up since November.

Israel’s military said more than 450 rockets, many of them intercepted by its Iron Dome anti-missile system, have been fired at southern Israeli cities and villages since Friday, and it attacked some 220 targets belonging to Gaza militant groups.

Police said one of the rockets hit a house in the city of Ashkelon, killing a 58-year-old man. That marked the first Israeli civilian fatality in a rocket strike from Gaza since a 2014 war between Israel and militants in the Hamas-run enclave.

“This morning I instructed the IDF (Israel Defense Forces) to continue with massive strikes against terrorists in the Gaza Strip and I also instructed that forces around the Gaza Strip be stepped up with tank, artillery and infantry forces,” Netanyahu, who doubles as Israeli defense minister, said in a statement.