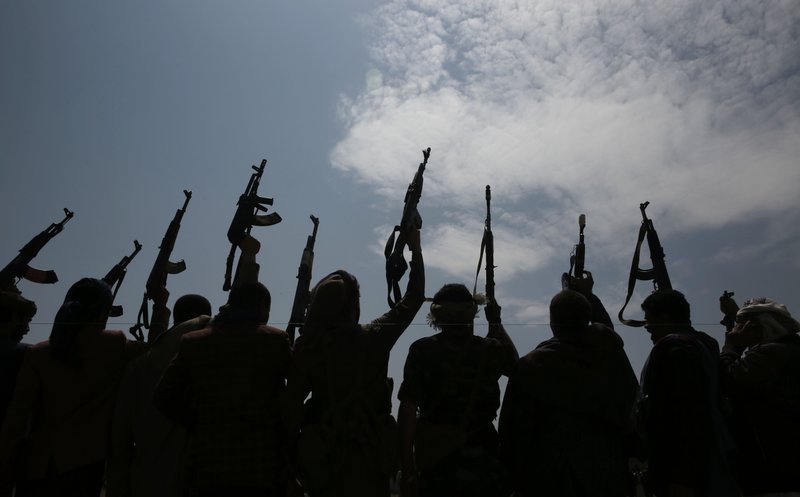 GENEVA (AP) — UN-backed experts have found evidence that rebels in Yemen recruited nearly three dozen teenage girls — some said to be survivors of sexual violence — as spies, medics, guards and members of an all-female force, according to a report released Wednesday.

The findings came in the third and latest report by the “group of eminent experts” commissioned by the Human Rights Council to investigate alleged rights violations by all sides in the war since September 2014. The devastating conflict in the Arab world’s poorest country has spawned what the United Nations calls the world’s greatest humanitarian crisis.

“The parties to the conflict continue to show no regard for international law or the lives, dignity, and rights of the people of Yemen, while third states have helped perpetuate the conflict by continuing to supply the parties with weapons,” said the report.

The report, based on more than 400 accounts and focusing mainly on a period from July 2019 to June this year, highlighted how a generation of Yemen’s children have been “immeasurably damaged through child recruitment, abuse, and deprivation of their most basic human rights, including education.”

Overall, the group documented 259 cases of children who had been recruited and used in hostilities by several sides. It said the Iran-backed rebels, known as Houthis, recruited boys as young as 7 years old from schools, poor urban areas and detention centers through monetary incentives, abduction, recruitment by peers and indoctrination.

“The group also received credible reports regarding Houthi recruitment of 34 girls (ages 13-17), between June 2015 and June 2020, for use as spies, recruiters of other children, guards, medics, and members of the Zainabiyat,” the report said, referring to the female force created by the rebels — an unusual phenomenon in an ultra-conservative society such as Yemen.

“Twelve of these girls allegedly survived sexual violence and/or a forced and early marriage directly linked to their recruitment,” the report said.

For a second year in a row, the three UN-backed experts were denied access to Yemen by the Saudi-led coalition, which is allied with the internationally recognized Yemeni government. The rejection came despite repeated requests, said the report, which is to be considered by the 47-member-state rights council that starts its autumn session next Monday.

Overall, the experts insisted, there are “no clean hands” in the conflict, which has involved rights abuses and violations, including arbitrary killings and detention, rape and sexual violence, torture and other “cruel, inhuman or degrading treatment” — all possibly involving war crimes.

FILE – In this Saturday, Aug. 22, 2020 file photo, tribesmen loyal to Houthi rebels raise their weapons as they chant slogans during a gathering against the agreement to establish diplomatic relations between Israel and the United Arab Emirates in Sanaa, Yemen. U.N.-backed experts have found evidence that rebels in Yemen recruited nearly three dozen teenage girls as spies, medics, guards and members of an all-female force. Some are said to be survivors of sexual violence. The findings were released Wednesday, Sept. 9, 2020, in the third and latest report by a “group of eminent experts” commissioned by the Human Rights Council to investigate alleged rights violations by all sides in Yemen’s war since September 2014. (AP Photo/Hani Mohammed, File)