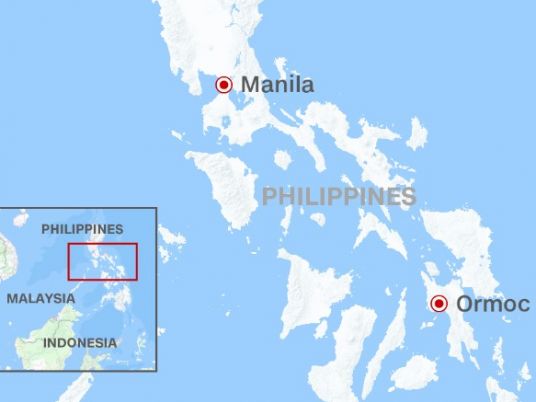 Nine prisoners were killed when fire ripped through the psychiatric ward of a provincial jail, Philippine authorities said Friday, adding the facility was operating at more than double its capacity.
Wardens as well as inmates scrambled to save prisoners from their cells Thursday as the blaze struck the maximum security section of the regional prison on Leyte island, 620 kilometres (386 miles) southeast of Manila, according to the justice ministry.
Most of the dead were being held in a special section for inmates with psychological issues or physical infirmities, Justice Secretary Leila de Lima told AFP.
"Five inmates were patients at the psychiatric ward (and) two inmates were weak, old and (had) eye problems," de Lima told AFP, citing a Bureau of Corrections report on the incident.
"Two inmates were farm workers who initially were already safe but went back inside to help other inmates," she added.
A tenth inmate remained unaccounted for, de Lima said.
The fire raged for nearly eight hours, gutting one prison building, and was finally brought under control around midnight (1600 GMT), said Inspector Constantino Pedrosa, deputy police chief of Abuyog town where the prison was located.
He said the facility was built for 500 inmates, but held 1,256 men at the time of the blaze, a common occurrence in the country's overcrowded prison system.
He could not say how many were being housed in the burnt-out building, which he said was assigned to prisoners convicted of murder and other serious crimes.
The cause of the fire is still being investigated, Pedrosa said.