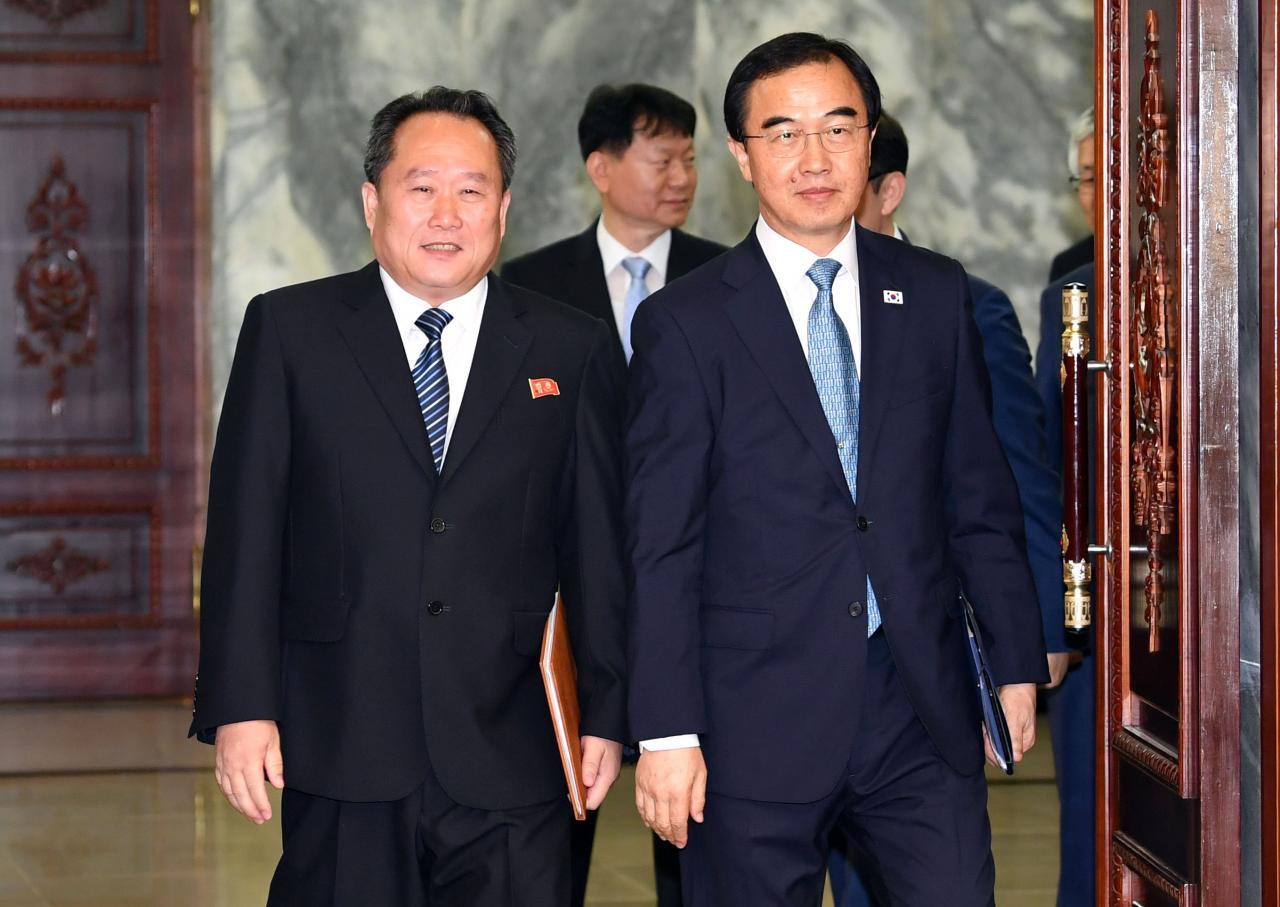 North and South Korea agreed to hold a summit in Pyongyang in September, the latest step forward in cross-border ties this year after more high-level talks on Monday, the South’s Unification Ministry said.

North Korean leader Kim Jong Un and South Korean President Moon Jae-in met in April and May at the border truce village of Panmunjom, within the demilitarized zone (DMZ) that separates the two Koreas, and agreed that the next summit in autumn would be held in the North Korean capital.

The two Koreas held a fresh round of talks at the DMZ on Monday to discuss the third summit, led by the South’s Unification Minister Cho Myoung-gyon and Ri Son Gwon, chairman of the North’s reunification committee.

Ri said both sides agreed on specific details, including the date for the summit, but declined to elaborate.

However, again without giving details, he said it was important to clear “obstacles” that prevent inter-Korean relations from moving forward as planned.

“If the issues that were raised at the talks aren’t resolved, unexpected problems could emerge and the issues that are already on the schedule may face difficulties,” Ri said at the end of the meeting.

Cho also refused to specify the problems raised by Ri but said there was talk of humanitarian issues and ways to improve inter-Korean relations.

He said the next summit in Pyongyang would help improve cross-border ties by allowing the two leaders to discuss the North’s denuclearization and how to establish peace on the Korean peninsula.

The North has been heavily sanctioned over its pursuit of nuclear weapons and ballistic missiles but Kim and US President Donald Trump agreed at their landmark summit in Singapore in June to work towards the denuclearization of the Korean peninsula.

North Korea has denounced US-led efforts to maintain sanctions despite what Pyongyang says are goodwill gestures, including halting its weapons testing and returning the remains of US troops killed in the 1950-1953 Korean War.

US officials familiar with the talks, however, told Reuters that North Korea had yet to agree to a timeline for eliminating its nuclear arsenal or to disclose its size, which US estimates have put at between 30 and 60 warheads.

Seoul: Rival Koreas to meet to prepare for leaders’ summit