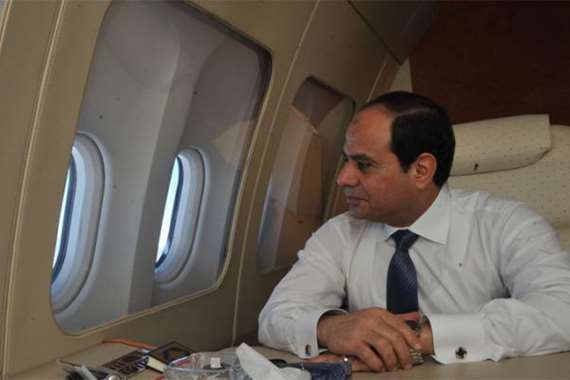 If I were one of those who prepare the President’s travels, especially within Africa, I would have recommended two leading scientists accompany him on the presidential plane: the first is Magdi Yacoub, dean of cardiologists, and the second is Hani Azar, one of the world’s top engineers.

Now imagine with with me how their visit would go!

The question is, why Africa? Because Africa does not need political talk only, it needs health and therapeutic services as well. When the president has these names with him, it means he came with the Egyptian scientists and soft power to help our African brothers in medical treatment and building.

Treatment is like building a man, and Africa needs both; building men and building cities, and we have them both!

Let this be an introduction to me talking about Egyptian scientists traveling with the president. I will start by talking about the world class engineer Hani Azar, a very humble scientist. You believe him when he speaks, when he supports, and when he says that Egypt has 35,000 scientists in all disciplines in just the US and Canada alone.

And then he asks: Why resort to foreign experts when Egypt has an untapped wealth?!

I’ve read excerpts of Hani Azar’s statements made on the sidelines of the ‘Egypt Can’ conference. I was pleased when he expressed his readiness to come to Egypt every week if his nation needs him. By the way, he still comes once a month. He does not take anything, and just wants to help the country with his effort and knowledge. So I believe him.

Thus I also believe Magdi Yacoub when his provides a service, or expresses an opinion. They do not want anything, it’s all done to service their homeland!

When Azar helped us in Germany, they believed him. He could reshape the Egyptian-German Relations. The European view on Sisi changed after the June 30 Revolution, and Azar was like an extraordinary ambassador for Egypt!

And when Azar says that Egypt is going in the right way I believe without hesitation.

He is a great scientist and his words count precisely. When he says that Sisi deserves our help, we should believe. He does not desire anything, and has no greed. He was behind the construction of the tunnels of the Suez Canal. He say that the sons of Egypt will not delay in helping their homeland, whether they are scientists or football referees!

Finally, the value of Hani Azar is that he believes in the efficiency of the Egyptian man. Those who built Suez Canal tunnels are Egyptian engineers 100 percent. They only need to be encouraged. Those scientists are Egypt’s soft power. If they are on the President’s plane, it is a sign from him personally that he realizes the hopes of the Dark Continent!