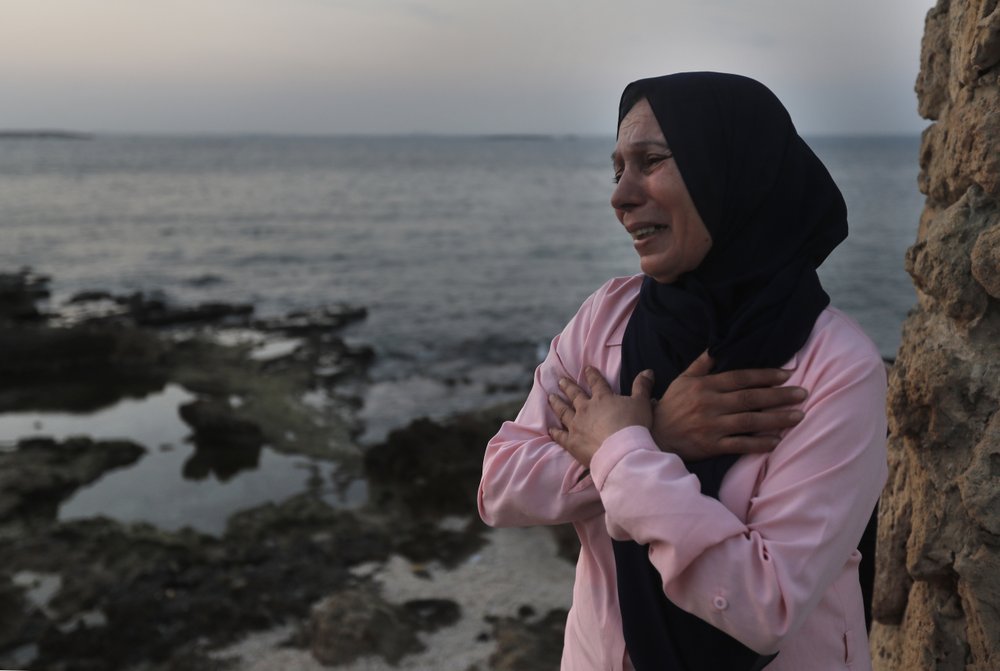 TRIPOLI, Lebanon (AP) — Mohammed Sufian did not dream of much: a job, food on the table, the chance to buy his two ½-year-old son the little things a toddler wants.

So when he heard that smugglers were taking people from his hometown of Tripoli to the nearby Mediterranean island of Cyprus, he decided to take the chance with his pregnant wife and child. To pay their way, he sold his furniture and two of his sister’s bracelets.

They boarded a small fishing boat with the others. But what would be expected to be a 40-hour trip went badly: For eight harrowing days, they were stranded in the Mediterranean Sea, apparently losing their way and running out of diesel. At least four adults and two children died — including Sufian’s little boy. Six are missing.

“I took my son with me not to give him a high life, not to give him the life of rich people,” said Sufian, 21. “I was trying to give him a good life where if he will ask me for a potato chip bag or a juice box I am able to give it to him. This is what drove me out of the country.”

In recent weeks, scores of others have tried to make the same illicit sea crossing, attempting to flee a country facing multiple crises and an unprecedented economic and financial collapse.

Generations of Lebanese have emigrated due to war and conflict, including waves of Lebanese who traveled by boat legally to Cyprus during the country’s 1975-90 war. But this new flight — people risking their lives to make illegal crossings in rickety fishing boats to escape poverty — reflects a level of desperation the country has not seen before.

Tens of thousands of people have lost their jobs in the past months. The local currency has lost 80 percent of its value, eradicating the purchasing power of many in this tiny country of five million where corruption and mismanagement are widespread. Unemployment has reached a soaring 35 percent and poverty is skyrocketing.

The crisis has been worsened by the coronavirus pandemic and last month’s massive explosion at Beirut port which fed despair among a population that has long given up on its leaders.

Tripoli, Lebanon’s second largest city, had been one of the poorest and most neglected regions even before the crisis. The city is also home to tens of thousands of Syrians who fled civil war in their country that broke out in March 2011. Many of those taking the boats have been Syrian refugees.

Earlier this month, authorities in Cyprus said they were alarmed by the arrival of four boats carrying Syrian and Lebanese migrants in waters off its coastline. European Union member Cyprus and Lebanon have an agreement to prevent migrants from reaching the island nation.

The boat carrying Sufian’s family and 46 other men, women and children, mostly Lebanese and Syrians, left Tripoli on Sept. 7. Each had paid the smuggler the equivalent of up to $930 in Lebanese pounds.

Upon boarding, all their belongings, including food and water, were taken away — ostensibly, they were too heavy. All would be returned, brought to them by another boat once they are away from Lebanon’s coast, they were told.

They never got them back, and were left under the scorching sun, without water or food.

Sufian said that 20 hours after they sailed, his son began asking for water and milk. Having nothing to give and overcome by the heat and his own worry, Sufian fainted, he says. When he woke up, Sufian found that his relatives had given the boy three bottles of sea water.

“My son died later because of lack of food and water,” Sufian said. He washed his son and followed the Islamic tradition of covering him with a cloth. Three days later, he dropped the body into the sea, thinking they might never make it back to land.

Sufian said several ships passed the stranded boat but no one helped, perhaps because they feared pirates. After six deaths, a half-dozen men leapt into the sea to seek help.

Ibrahim Lisheen, a 22-year-old migrant, swam for hours. Finally, he reached a warship for the UN peacekeeping force in Lebanon known as UNIFIL; its crew rescued those remaining on the boat. They were offered treatment and handed over to Lebanese authorities in Beirut.

Late Thursday, the body of a young man believed to have been on the ship washed up on the coast south of Beirut. Six are still missing, among them Mohammed Mohammed, 27, who left Lebanon to help his parents and seven sisters.

His father, Khaldoun, says his son had been jobless for years after he lost his job at a shop that sells fire extinguishers; he grew tired of taking “money from me to buy cigarettes,” and decided to join cousins who were making the crossing. Mohammed had sold his sister’s neckless to pay the smugglers.

The two men who took the money and put the migrants on the fishing boat are in hiding and families are demanding that they be punished.

Mohammed’s mother, Afaf Abdul-Hamid, goes to the coast of Tripoli every day, hoping that her son will swim home. “These are human traffickers. They took my son to the middle of the sea and left him there with no food or water.”

Lisheen, whose heroics led to the rescue, is furious. “Look at my body, it was eaten by fish. My body is swollen, my teeth were broken due to the salty water and I lost a lot of things,” he said, as friends massaged his body with Aloe Vera to alleviate his sunburn.

Why did he take the risk? “I did that because of poverty, it makes us blind,” he said. “To those who are asking me why you are leaving, I am telling them why, I am leaving in order to feed my family, my mother.”

Sufian and his wife, expected to give birth in two months, live with their sorrow. And the grieving father relives, again and again, the moment when his dreams of a better life for his family became a nightmare.

By BASSAM HATOUM and HUSSEIN MALLA

Image: Lebanese Afaf Adulhamid the mother of Mohammed Khaldoun, 27, who is still missing at sea while he was trying with other migrants to reach Cyprus on a boat, cries and prays her son’s safe return, as she stands on the coast of Tripoli city, north Lebanon Thursday, Sept. 17, 2020. Mohammed is one of scores of people who have tried in recent weeks to flee Lebanon that is passing through its worst economic and financial crisis in decades to European Union member Cyprus. (AP Photo/Hussein Malla)

Explainer: Lebanon's financial meltdown and how it happened