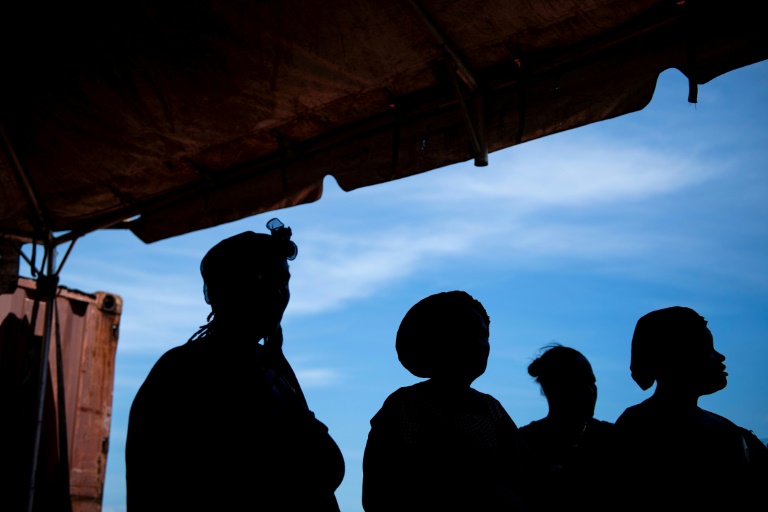 One week after Hurricane Dorian devastated the Bahamas, residents struggled amid the ruins Sunday, with many forced to seek refuge far from their shattered homes as the death toll from the top-intensity storm hit 44 in the islands.

Dorian, now classified as a post-tropical storm, caused “severe damage” in eastern Canada and was expected to move soon into the North Atlantic after cutting a destructive swath through the Bahamas and going up the US east coast.

In the Bahamas, people were still scrambling for shelter, with the lucky evacuees beginning to reunite with loved ones but the fate of uncounted others still in doubt.

A loosely coordinated armada of passenger planes, helicopters and both private and government boats and ships — including redirected cruise liners — converged in the Bahamas on the horribly battered Abacos to help with evacuations, both to Nassau and to the US mainland.

Tropic Ocean Airways said it planned to fly supplies to hard-hit Marsh Harbour from Florida and bring out some 220 people to Nassau on a Delta Air Lines jet.

On Saturday, a cruise ship carrying 1,400 people docked in Riviera Beach, Florida, CNN reported. All had documents to enter the United States.

The Coast Guard said all Bahamian ports had now reopened. As of Sunday morning, it had five cutters providing support and five helicopters taking part in search and rescue operations. It said 308 people had been rescued.

Many of those still waiting to leave Marsh Harbor were Haitian workers. The area where they lived — The Mudd — was almost completely wiped out by Dorian.

Haitians who have arrived in Nassau have accused the government of prioritizing native-born Bahamians for evacuation from Marsh Harbor over Haitian nationals.

Dorval Darlier, a Haitian diplomat who flew from Nassau to Marsh Harbour on Sunday, defended the Bahamian government against the allegations.

“Haitians have been treated well,” he said. “Some get mad (that) they have been here since yesterday. But the government has first to find a shelter for them.”

On Monday, Dorian was moving over the Labrador Sea and toward Europe, it said, adding that no serious injuries or fatalities have been reported.

More than 500,000 power outages were reported across the Maritimes, according to the Centre.

“Damage included many uprooted trees, downed power lines, and flying debris,” it said, adding a crane crashed into a building shortly before the storm made landfall.

Bahamas residents said conditions on the devastated islands were brutal, and that the smell of unrecovered bodies, along with mounting piles of garbage, was oppressive and unsanitary.

Hundreds or even thousands of people were still missing, officials said, as rescue teams continued their grim retrievals.

For now, he said, supplies of food and water were adequate, though several witnesses from Abaco contested that.

The prime minister called the loss of life “catastrophic and devastating,” and Health Minister Duane Sands said the final death toll “will be staggering.”

The UN’s World Food Program was sending food and supplies. A WFP team estimated that 90 percent of buildings in Marsh Harbour were damaged.

The US Coast Guard, Britain’s Royal Navy and private organizations have been helping evacuate island residents to Nassau, hampered by damaged piers and airport runways.

Natasha Young was camped out at the Nassau port in a tent. She was evacuated from Marsh Harbour on Monday and is now waiting for her family.

“Yesterday, I found my mum, my sister and aunt. Now we are waiting for my brothers and sisters, nieces and nephews, and my kids,” she said.

The 24-year-old was adamant that she would not go to a shelter until her family arrived.

“When we are all reunited, I don’t mind if they put all of us in a shelter,” she said. “I’m not going from the dock until a find my family.”

Hurricane Dorian moves towards US coast as seven killed in Bahamas