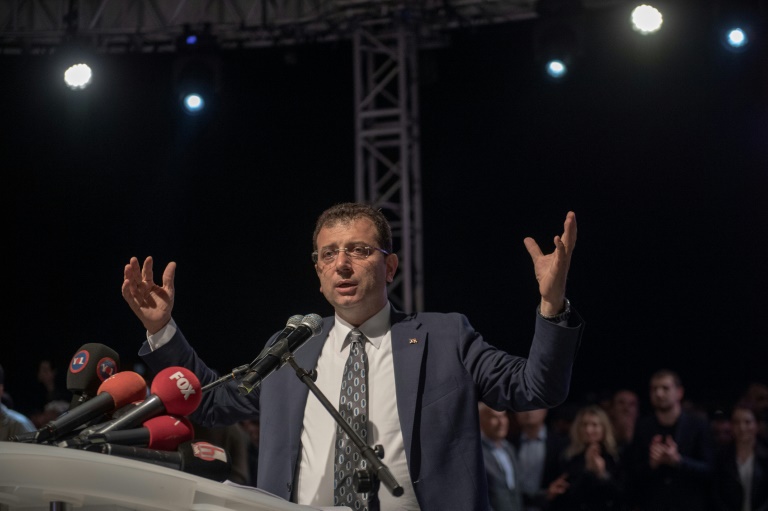 The Turkish opposition candidate was stripped of his mayoral post after a controversial order to re-run the Istanbul vote was holding talks with his party leader on Tuesday to discuss strategy.

The talks come a day after Turkey’s top election body, the Supreme Electoral Council (YSK), called for a replay of the Istanbul election after President Recep Tayyip Erdogan’s ruling party complained of “irregularities” and “organised crime.”

The loss of Istanbul, the country’s economic hub and largest city, had been a shocking defeat for the Justice and Development Party (AKP). The party and its predecessors have ruled the city for 25 years.

His narrow victory has been especially sensitive for Erdogan, who grew up in the metropolis and rose to power as premier and then president after also serving as mayor of Istanbul.

In his speech, Imamoglu vowed he would not give up but emerge even stronger.

“Maybe you are upset but never lose your hope,” he told thousands of his supporters in the Beylikduzu district on Istanbul’s outskirts, where he was previously mayor.

The loss of the mayorship in Istanbul, and a more resounding defeat in the capital Ankara, reflected widespread concern over the deteriorating economy.

The defeated mayoral candidate, former prime minister Binali Yildirim, a strong Erdogan ally, said he hoped the re-run would “be beneficial for our city.”

The European Union said on Monday the justification for the “far-reaching decision” made by the election body “should be made available for public scrutiny without delay.”

“Ensuring a free, fair and transparent election process is essential to any democracy and is at the heart of the European Union’s relations with Turkey,” EU diplomatic chief Federica Mogherini said in a statement.