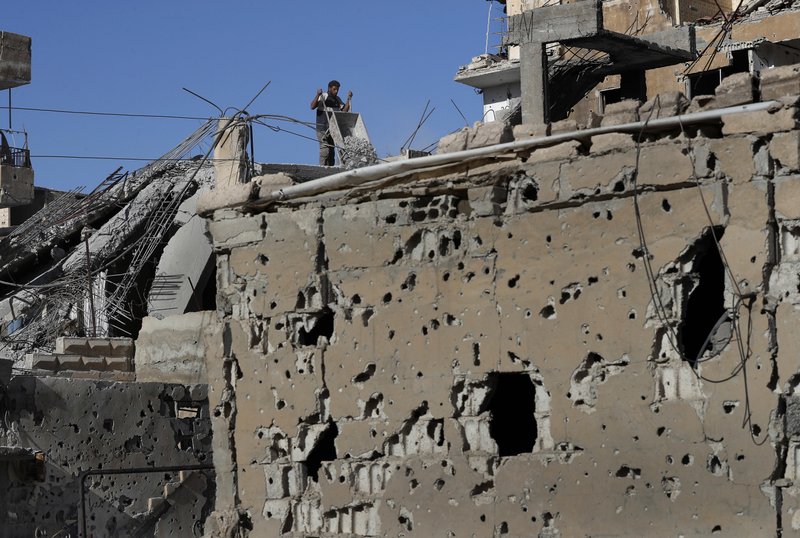 BEIRUT (AP) — More than 1,000 ancient relics and mosaics were saved from Islamic State group militants when staff at the museum of the Syrian city of Raqqa managed to hide them underground and in storehouses, Syrian officials and experts said on Thursday.

The Syrian Kurdish-led administration in northeastern Syria said the 1,097 pieces — which were part of the original nearly 7,000 relics in the Raqqa museum — have been saved.

The museum was looted and damaged by militants in Syria’s nine-year war, but was stripped of most of its belonging when Islamic State militants seized control of the city in 2014. The militants were defeated and expelled from Raqqa in 2017. Since then, the local administration has been working to rehabilitate the museum and account for any remaining antiquities.

Maamoun Abdul-Karim, Syria’s former director general of Antiquities and Museums, told The Associated Press the 1,097 relics were among 5,800 pieces stashed away safely at the start of the war.

He said “heroic staff of the museum” had worked to hide as much as they could as militants advanced on the city.

Since the city was liberated, the Kurdish-led administration and museum staff have been looking for what remains of the hidden treasures, he said. The final tally of pieces accounted for is 1,097 relics, which include Islamic and roman mosaics, coins from various eras and Islamic stucco decorations.

Abdul-Karim said most of those recovered were found in a warehouse just outside of Raqqa city, where they had hidden them from the militants in underground chambers and under concealed doors.

“At one point, we had lost hope,” said Abdul-Karim, who now teaches at Damascus university. “We now consider this the biggest victory.”

He said hundreds of other pieces that were hidden in Raqqa’s branch of the central bank were discovered and stolen by militants.

Image: In this Thursday, April 5, 2018 photo, a man removes rubble from his house that was damaged during fighting between U.S.-backed Syrian Democratic Forces fighters and Islamic State militants, in Raqqa, Syria (AP Photo/Hussein Malla)

IS bulldozes ancient city of Nimrud in Iraq