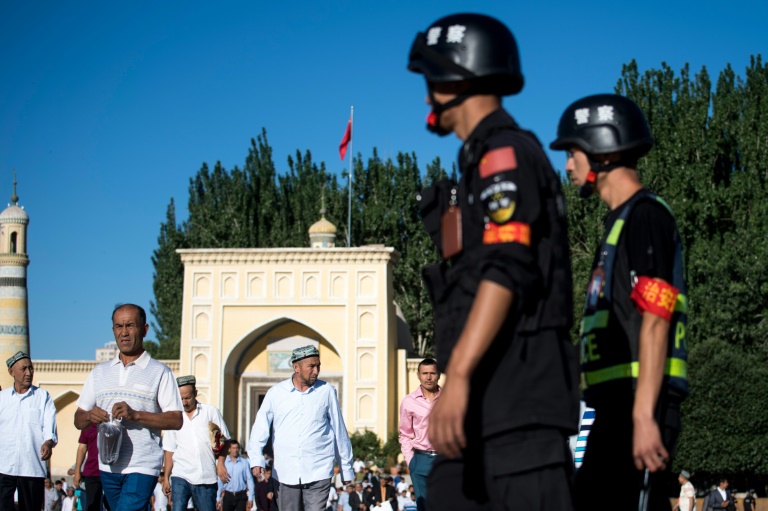 China must come clean about the fate of an estimated one million minority Muslims swept up in a “massive crackdown” in its far western region of Xinjiang, Amnesty International said Monday.

Beijing has tightened restrictions on Muslim minorities to combat what it calls Islamic extremism and separatist elements in Xinjiang.

In a new report, which included testimony from people held in the camps, the international rights group said Beijing had rolled out “an intensifying government campaign of mass internment, intrusive surveillance, political indoctrination and forced cultural assimilation”.

Uighurs and other Muslim minorities are punished for violating regulations banning beards and burqas, and for the possession of unauthorized Korans, it added.

Up to a million people are detained in internment camps, a United Nations panel on racial discrimination reported last month, with many detained for offenses as minor as making contact with family members outside the country or sharing Islamic holiday greetings on social media.

“Hundreds of thousands of families have been torn apart by this massive crackdown,” said Nicholas Bequelin, Amnesty International’s East Asia director, in a statement.

“They are desperate to know what has happened to their loved ones and it is time the Chinese authorities give them answers.”

Beijing has denied reports of the camps but evidence is mounting in the form of government documents and escapee testimony.

These suggest that Chinese authorities are detaining large groups of people in a network of extrajudicial camps for political and cultural indoctrination on a scale unseen since the Maoist era.

Amnesty’s report interviewed several former detainees who said they were put in shackles, tortured, and made to sing political songs and learn about the Communist Party.

The testimony tallies with evidence gathered by foreign reporters and rights groups in the past year.

Amnesty also called on governments around the world to hold Beijing to account for “the nightmare” unfolding in Xinjiang.

“Hundreds of thousands and possibly millions of Uighurs are held against their will in so-called re-education camps where they’re forced to endure severe political indoctrination and other awful abuses,” Pompeo said in a speech.

However Pakistan, China’s biggest Muslim ally, quickly denied reports last week that it had criticised Beijing — which is pouring billions in infrastructure investment into the country — over the issue.

Earlier this month draft regulations suggested Beijing was considering restrictions on religious content online, such as images of people praying or chanting.

State supervision of religion has increased in a bid to “block extremism”, and authorities have removed Islamic symbols such as crescents from public spaces in areas with significant Muslim populations.

Christians have also been targeted in crackdowns, with a prominent Beijing “underground” church shuttered by authorities earlier this month. Churches in central Henan province have seen their crosses torn down and followers harassed.

Empty places at the table: Uighur children missing in China

US lawmakers call for China sanctions over Muslim camps