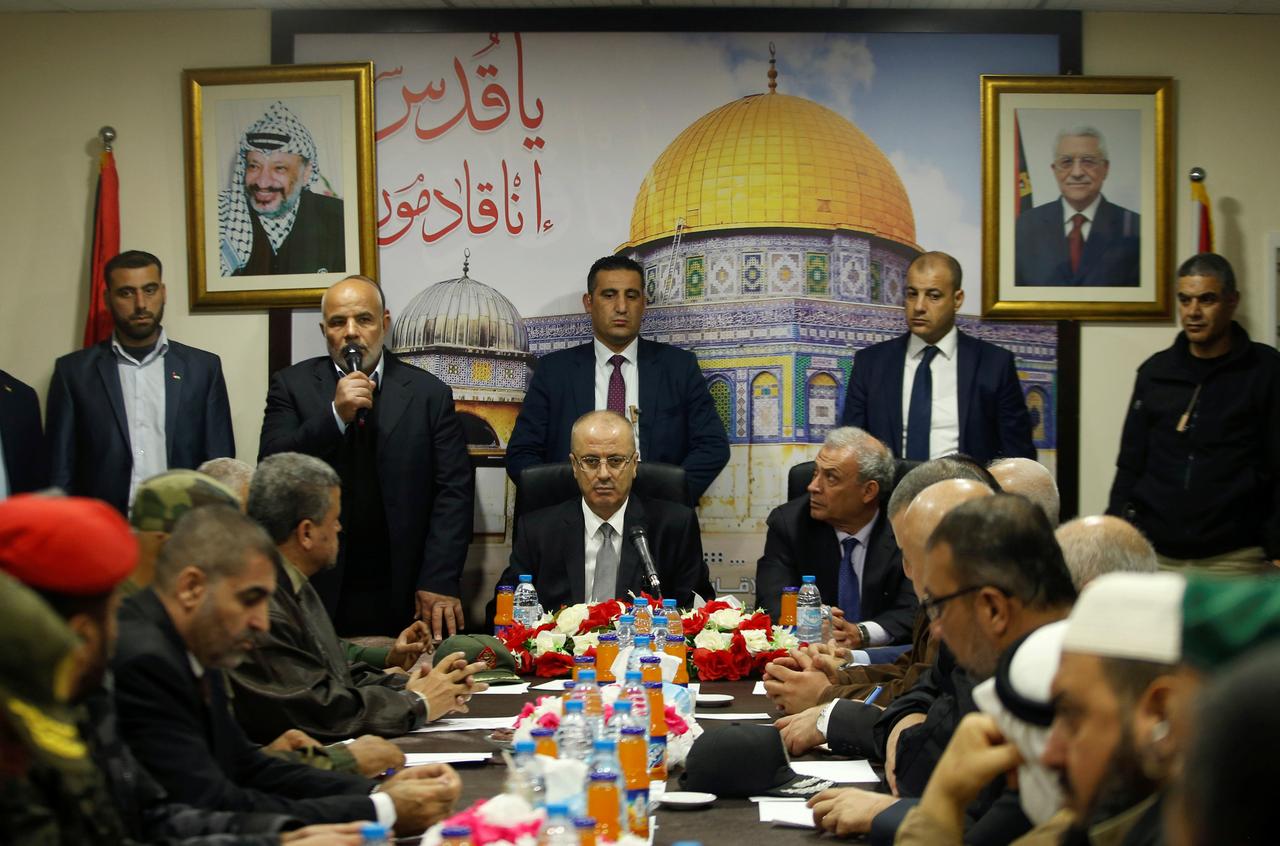 RAMALLAH, West Bank (Reuters) – Palestinian Prime Minister Rami Al-Hamdallah has tendered his resignation and that of his unity government to President Mahmoud Abbas, he said on Tuesday, dealing a blow to faltering reconciliation efforts with Gaza’s Islamist Hamas rulers.

The government will continue to carry out its duties until a new one is formed, it said in a statement issued after a weekly cabinet meeting.

There was no immediate comment from Abbas, but his Fatah faction, at a meeting he chaired two days ago, recommended that the government be replaced. A Hamas official condemned the move as an attempt to marginalize and exclude the group from Palestinian politics.

Hamdallah, a little-known academic, headed the national unity government formed in 2014 and led the West Bank-based Fatah’s reconciliation efforts with Hamas, which seized power in Gaza in 2007.

The two groups signed a reconciliation deal two years ago which set in motion a plan for Abbas’s Palestinian Authority to resume governing in Gaza and take up control of the coastal enclave’s crossing points into Egypt and Israel.

But disputes over power-sharing and disagreements over policy toward Israel have hampered the deal’s implementation.