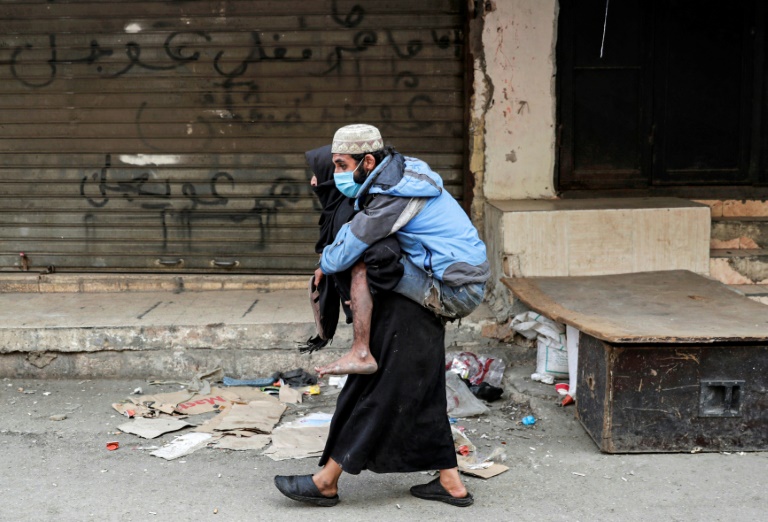 Hundreds of thousands of Palestinian and Syrian refugees living in overcrowded and rundown camps in Lebanon are bracing for the novel coronavirus as aid groups mobilise to help.

Lebanon is home to tens of thousands of Palestinians in camps that over the decades have become bustling neighbourhoods, and at least 1.5 million Syrians who have fled the war next door.

So far just one Palestinian, who lives outside a camp, and three Syrians have tested positive for COVID-19 compared to 520 infections and 17 deaths across Lebanon, according to officials.

But Palestinian and Syrian refugees who live in cramped quarters, including tent camps where basic services like water are poor, are particularly vulnerable to the illness.

“The main concern remains… the spread of coronavirus in the overcrowded Palestine refugee camps where there are very limited possibilities for home isolation,” said Huda Samra, a spokeswoman for the UN Palestinian refugee agency UNRWA.

The agency, she said, is looking to set up “isolation centers” inside the camps to quarantine anybody who needs it.

Similar structures are being set up for Syrians living in close quarters in seas of canvas tents in the east of the country, the UN refugee agency UNHCR says.

But deteriorating cases will have to be evacuated to Lebanese intensive care units, where aid workers fear there may not be enough beds.

Aid organizations have also been ramping up efforts to raise awareness about basic hygiene among both the Syrian and Palestinian communities.

The Norwegian Refugee Council says it has increased water deliveries and supplied soap and bleach to both.

Cars mounted with loudspeakers have been making the rounds of Palestinian camps, blaring messages about hand washing and not touching one’s face.

More than 174,000 Palestinians live in Lebanon, according to official figures, with most residing in camps ruled by Palestinian factions beyond the reach of Lebanese security forces.

But unofficial estimates say the Palestinians, whose forefathers fled the creation of the state of Israel in 1948, could number as many as 500,000.

And out of the 1.5 million Syrians Lebanon says it hosts since the civil war broke out in the neighbouring country nine years ago, nearly one million are registered with the UNHCR as refugees.

Most of the Syrian refugees live in abject poverty and rely on handouts from aid groups to survive.

In both communities, the United Nations has promised to pay for tests or hospitalisation if the need arises.

And because any serious surge in cases among refugees would further burden the Lebanese healthcare system, efforts are being made to strengthen existing hospitals to face the pandemic.

“We are working with the ministry of public health to support hospitals,” said UNHCR spokeswoman Lisa Abou Khaled.

“We will create additional wards with additional beds, including additional intensive care units so there is sufficient response capacity for all communities, Lebanese and refugees,” she said.

Despite all these preparations, non-governmental organizations fear discrimination against refugees will be an added challenge.

Lebanon has seen its population of 4.5 million swell by a third since the start of Syria’s war in 2011.

Many Lebanese blame Syrian refugees for the nation’s economic woes and authorities have often encouraged them to return home.

“Some media reports have made associations between refugees living in unhygienic circumstances and the coronavirus,” said NRC’s advocacy and information adviser in Lebanon, Elena Dikomitis.

“What is really important for us is to make sure people don’t start hiding symptoms or shy away from seeking treatment because of the existing discrimination and stigma.”

Human Rights Watch has said several Lebanese municipalities have imposed curfews to restrict the movement of Syrian refugees because of the virus.

Such action, it warned, could further impede treatment.

Palestinians, who some Lebanese accuse of having sparked the 1975-1990 civil war, face work restrictions and — like many Syrian refugees — live hand to mouth from daily wages.

Now a nationwide lockdown to stem COVID-19 has further battered the economy and impeded their access to jobs, Palestinians have been clamoring for help.

As part of an emergency relief plan, the agency “will be distributing some limited cash assistance in the coming weeks”, UNRWA’s Samra said.

Image: AFP / ANWAR AMRO A woman carries a disabled man wearing a protective face mask in the Sabra refugee camp in Lebanon where vulnerable Syrian and Palestinian refugees are bracing for the coronavirus