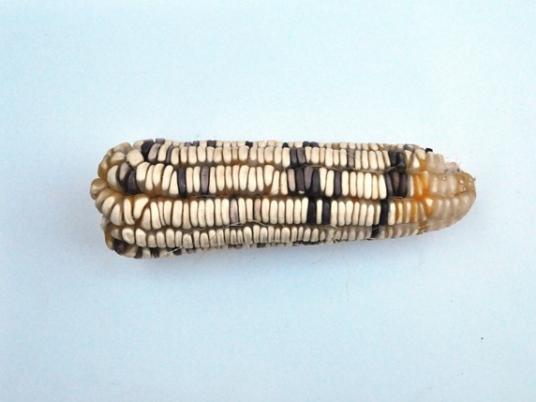 Peru last week became the lead country in the fight against genetically modified organisms worldwide, after the government approved a 10-year ban on importation, production and use of GMO foods in the country.

Aimed at preserving Peru’s biodiversity and local farmers, the law was approved by President Ollanta Humala last year and came into effect last week. His predecessor, Alan Garcia, and his administration were in favor of using GMOs to boost crop output for biofuels.

The ban, apart from protecting Peru’s ever increasing exports of organic and native food products, will also safeguard the country’s rich variety of native plant species from crosspollination with genetically modified crops.

Peru is particularly famous for its incredible variety of corn, the largest in the world, which has been grown locally for over 3,000 years. In the 16th century, Spanish chronicler Bernabé Cobo wrote how one could find corn in every color under the Peruvian sun: white, purple, black, yellow and mixed.

Today, farmers in Peru still grow 55 varieties of corn on the coast, in the highlands and in the jungle.

Introducing genetically modified corn, which is one of the most widespread genetically modified crops, along with soy, could decimate in just a decade all of Peru’s native corn species, replacing them with a uniform variety that demands intensive spraying of pesticides to cope with its new environment.

Genetically modified crops also prevent farmers from saving their seeds, which forces them to buy new bags of seeds every year from biotech companies.

Despite the ban, over 70 percent of the food currently found on shelves in Peruvian supermarkets contains genetically modified contaminants, according to Crisólogo Cáceres, the president of a local association of consumers and users. He explains in an interview with the business daily “Gestion” that while some GMO foods are labeled, many are not, and that at this point the consumer’s right to know what he is eating or drinking is not respected.

Walter Pengue, a professor at the University of Buenos Aires in Argentina, wrote in a recent statement concerning GMOs in South America, “There is an increasing consensus among consumers that they want safe, local, organic fresh food and that they want the environment and wildlife to be protected.”