Customs authorities working with the central administration of ports and archaeological units have successfully thwarted an attempt to smuggle out genuine artifacts from Egypt among replicas in 16 packages. 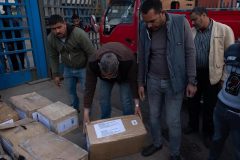 According to the Secretary-General of the Supreme Council of Antiquities Mostafa Waziri, a supreme archaeological committee was formed to investigate the packages, confirming upon examination that there were legitimate pharaonic busts made of granite, basalt and limestone among other artifacts. 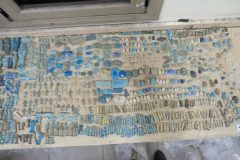 In a Monday statement, Waziri detailed how these artifacts date to different eras of ancient Egypt, with busts of the god Amun, a statue of King Ramses III, and the upper parts of statues of Princess Meritamen and King Ramses II.

Some of the artifacts feature artistic individual features from the Middle Kingdom, and also include a fragment of a colorful royal state from the Amarna Period possibly retrieved from an illegal excavation. 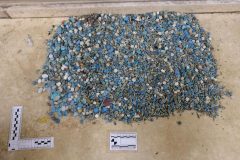 Other seized artifacts include huge quantities of archaeological beads, amulets made of faience and four pieces of Islamic-era silver inlaid copper with floral motifs and Arabic calligraphy. 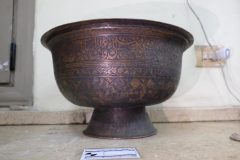 The packages have been confiscated pending the finalization of investigations.