The Pillar of Merneptah, the fourth king of the 19th Dynasty and the son of King Ramses II, who ruled Egypt for nearly 10 years from 1213 BC until 1203 BC, arrived safely on Saturday to its permanent display area at the Grand Egyptian Museum (GEM).

Supervisor-General of the GEM Tarek Tawfik said in a statement for the Antiquities Ministry that the pillar was discovered in 1970 inside Merneptah temple, at the Matariya archaeological site, east of the Arab Al-Hesn area. 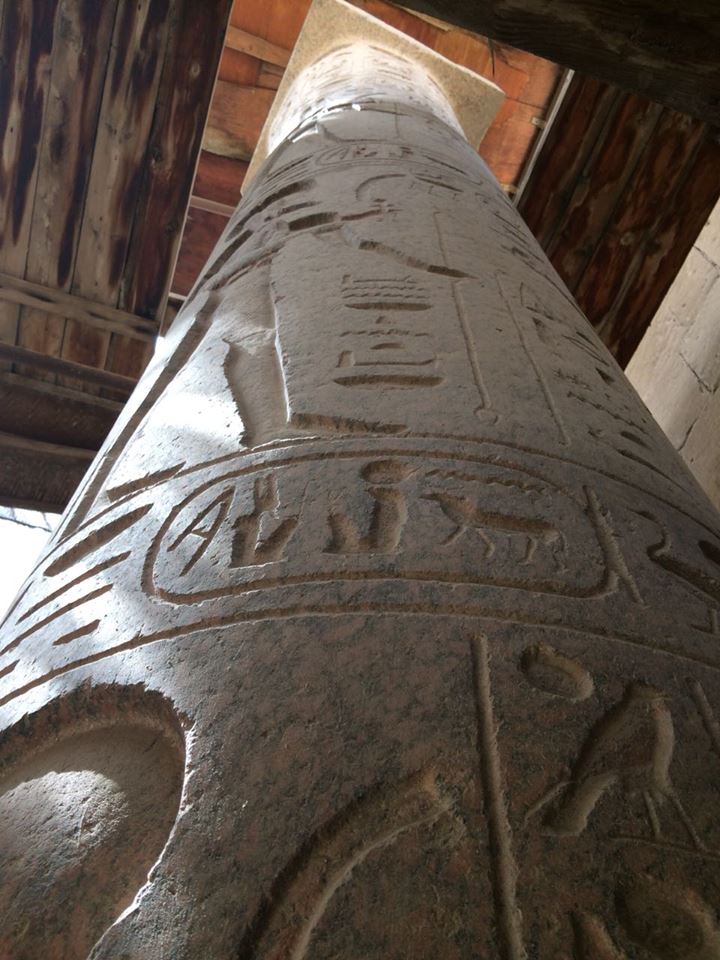 It is decorated with engravings of the king’s different titles, cartouche, and scenes depicting his victory in wars against the Libyan tribes. It is carved in red granite and has a limestone base.

The pillar weighs 17 tons stands 5.6 meters tall. It was first transported in 2008 to the Salaheddin Citadel for conservation and restoration, as the residential area around it was witnessing high levels of subterranean water.

The pillar was then kept in the citadel for ten years until it was chosen to be among the GEM exhibition. It is to be put on show at the atrium at the GEM main entrance gate, neighboring the colossus of King Merneptah’s father king Ramses II. 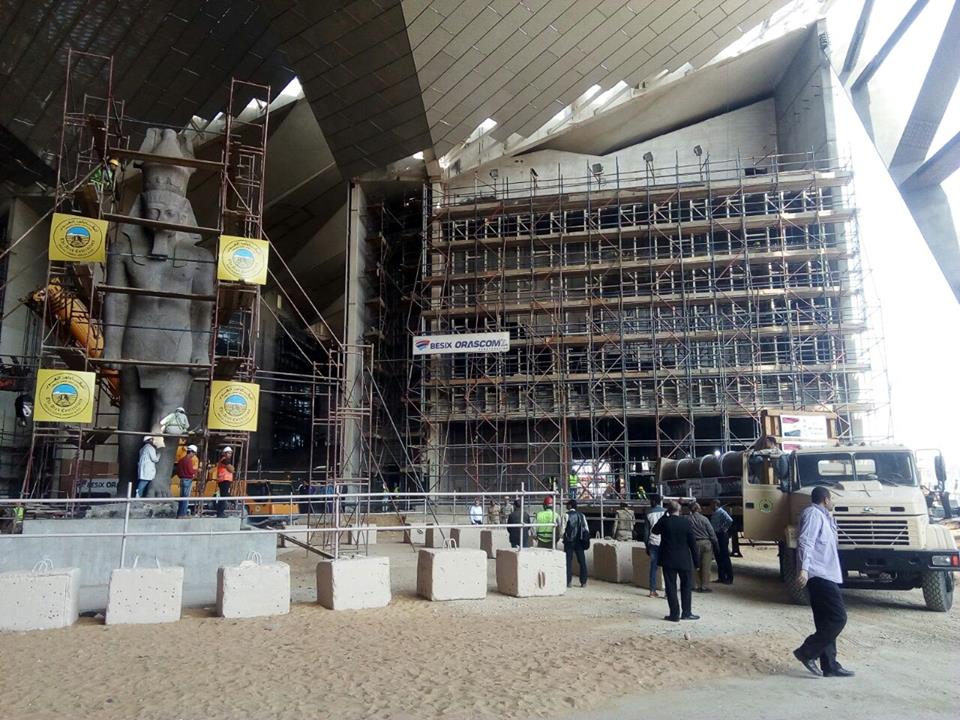 Director General of First-Aid Restoration at the GEM Eissa Zidan said that all safety measures had been undertaken before transportation, as the pillar was subject to restoration and comprehensive study to detect its current conservation condition, in order to consolidate the weak points and provide it with extra support before transportation. 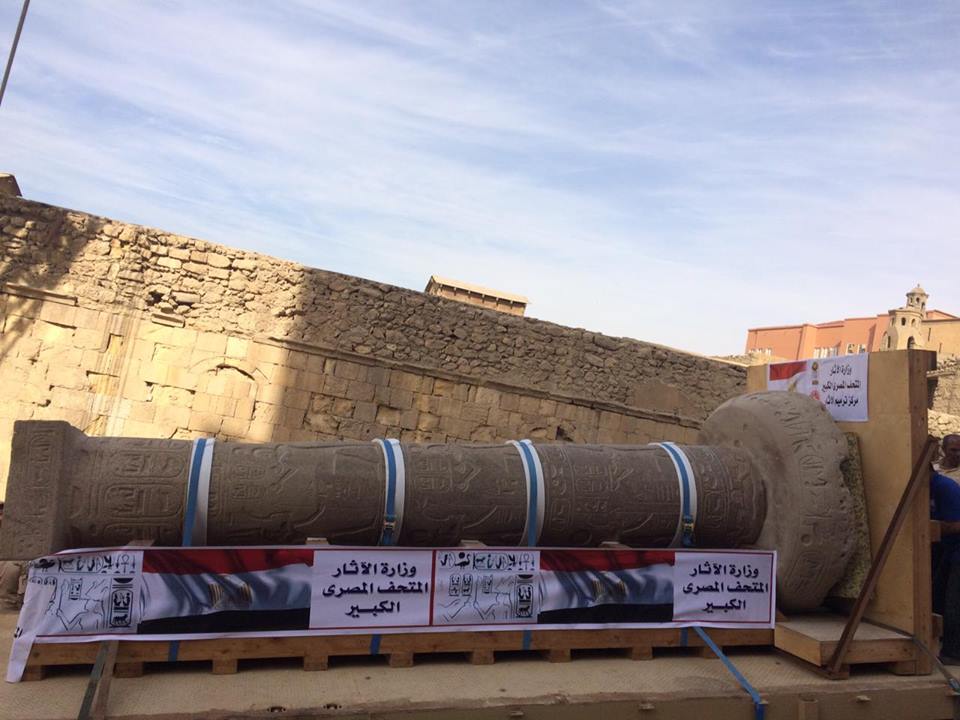 He added that a wooden base padded with layers of foam has been made to hold the pillar, with special ropes to safeguard it during transportation procedures, along with guarding provided by the Tourism and Antiquities police.

Osama Abulkheir, Director General of the Restoration Department at the GEM said that upon its arrival the pillar would be examined, analysed archaeologically, and would be completely restored.