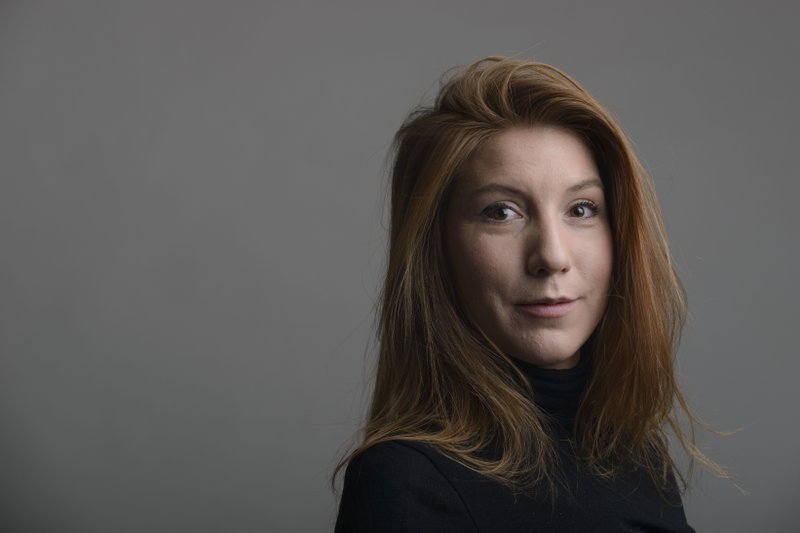 Danish police said Wednesday that DNA tests from a headless torso found in the Baltic Sea matches with missing Swedish journalist Kim Wall, who is believed to have died on an amateur-built submarine that sank earlier this month.

Wall, 30, was last seen alive on Aug. 10 on Danish inventor Peter Madsen’s submarine, which sank off Denmark’s eastern coast the day after. Madsen, who was arrested on preliminary manslaughter charges, denies having anything to do with Wall’s disappearance.

The headless torso was found by a member of the public who was cycling on Copenhagen’s southern Amager island Monday, near where she was believed to have died. Copenhagen police said Tuesday that the arms and legs had been “deliberately been cut off” the body.

Copenhagen police investigator Jens Moeller Jensen told reporters Wednesday that the body was attached to a piece of metal, “likely with the purpose to make it sink.” The body “washed ashore after having been at sea for a while,” he said. He added police found marks on the torso indicating someone tried to press air out of the body so that it would fall to the bottom and doesn’t float.

Dried blood was found inside the submarine that also matched with Wall, he said.

“On Aug. 12, we secured a hair brush and a toothbrush to ensure her DNA. We also found blood in the submarine and there is a match,” Moeller Jensen said.

The cause of the journalist’s death is not yet known, police said.

Madsen, who remains detained in police custody, initially told police that she disembarked from the submarine to a Copenhagen island several hours into their trip and that he did not know what happened to her afterward, but later told authorities “an accident occurred onboard that led to her death” and he “buried” her at sea.

Wall, a Sweden-born freelance journalist, studied at the Sorbonne university in Paris, the London School of Economics and at Columbia University in New York, where she graduated with a master’s degree in journalism in 2013.

She lived in New York and Beijing, her family said, and had written for The New York Times, The Guardian, the South China Morning Post and Vice Magazine, among other publications.