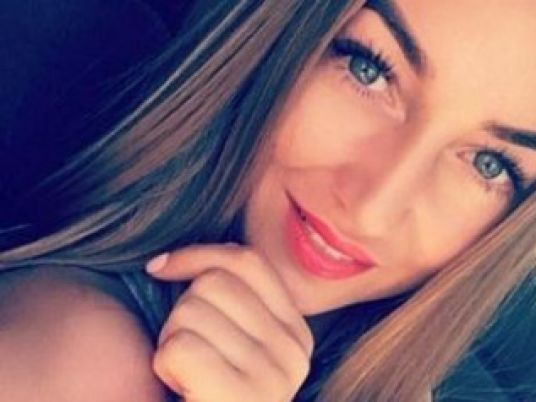 A young Polish woman is believed to have committed suicide by jumping out of a window in the hospital where she was being held in the Port Ghalid coast resort in the Red Sea governorate.

Speculation is rife as to why Magdalena Zuk, 27, took her own life on April 30. In both Egypt and Poland, people are wondering whether she actually committed suicide, perhaps due to depression or sexual assault, or if she was killed.

Magdalena arrived in Egypt as a tourist on April 25. Polish media reported that her boyfriend was not able to join her because his passport had expired.

According to witness reports, Magdalena was extremely upset that her boyfriend could not join her on the trip. She was seen crying at the airport, Polish media reported.

Upon arrival at the hotel, employees noticed that she seemed to suffer from extreme anxiety and nervousness – often speaking loudly and shrieking. The hotel administration referred her to the nearest hospital on April 28.

“The hotel called our hospital and reported a Polish tourist who seemed disturbed. We [the hospital] sent an ambulance directly to pick her up from the hotel,” the doctor who was supervising Magdalena told Egypt Independent Wednesday on condition of anonymity.

Following a preliminary examination, the hospital informed the hotel that Magdalena is depressive and needs psychiatric care, the doctor added.

“The hospital does not have a psychiatric care unit, so we informed that hotel that we cannot hold her in our care. However, on April 30 the Tourism Police told the hospital to admit and give her any sedatives,” he explained.

She arrived at the hospital for a second time. A number of nurses tried to calm her down but she did not respond positively to these attempts. She was nervous and tried to jump out of the hallway windows, the doctor said.

According to video footage from the hospital’s CCTV, Magdalena appeared nervous upon arrival at the hospital. The footage shows her trying to jump from a window in the hospital hallway while the nurses and doctors are doing their best to stop her.

“We administered sedatives, but after just 30 minutes she became a nervous wreck again. We were forced to restrain her on the bed with ties. We had two nurses watching over her,” the doctor said.

Magdalena managed to escape the restraints; she jumped toward the window, attacking the nurses who tried to stop her. “Then she jumped and died,” the doctor finished.

The doctor said he is unsure about why she was so disturbed, but he thinks it was because she fell into a deep depression since her arrival in Egypt.

The Ministry of Tourism was not available for comment on the matter.

Meanwhile, the Polish news website “Storm Front” claimed that Magdalena was sexually assaulted by hotel employees, as well as a travel agency employee that oversaw her trip to Egypt. The outlet also reported that Ukrainian hotel employees found her drugged and unconscious in her room, indicating that she had been raped.