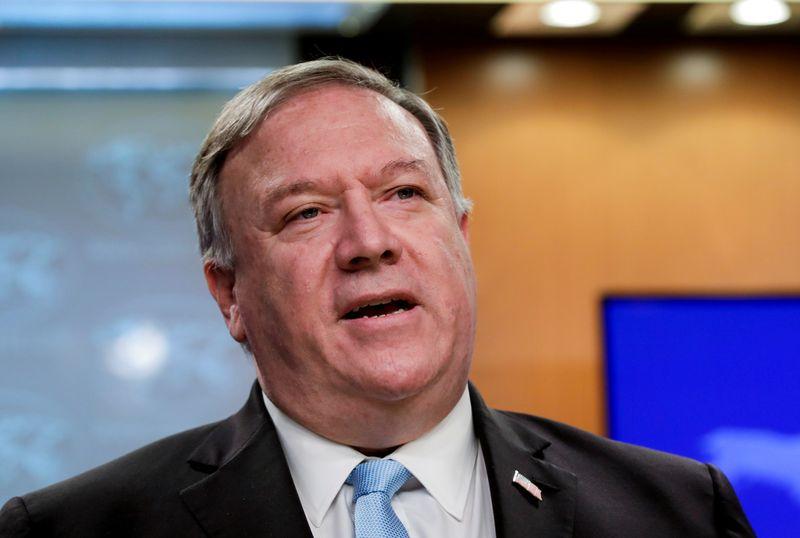 WASHINGTON (Reuters) – US Secretary of State Mike Pompeo accused the United Nations Human Rights Council of hypocrisy on Saturday after the organization condemned racism and police brutality in the United States following the death of George Floyd in Minneapolis last month.

Pompeo said the 47-member-state forum’s unanimous resolution on Friday on policing and race was a new low for the Council and reaffirmed the United States’ decision to withdraw from the organization in 2018.

“The United Nations Human Rights Council, now comprised of Venezuela and recently, Cuba and China, has long been and remains a haven for dictators and democracies that indulge them,” Pompeo said in a statement. “It is a grave disappointment to those genuinely seeking to advance human dignity.”

The death of Floyd, a 46-year old Black man who died on May 25 after a white Minneapolis police officer kneeled on his neck for nearly nine minutes, has led to widespread demonstrations in the United States and across the globe against police brutality and racial injustice. Pompeo said the civil discourse was a sign of the United States’ democracy, strength and maturity.

“If the Council were serious about protecting human rights, there are plenty of legitimate needs for its attention, such as the systemic racial disparities in places like Cuba, China, and Iran,” he said.

The resolution adopted by the Human Rights Council was brought by African countries. Floyd’s brother, Philonise Floyd had urged the Council to investigate U.S. police brutality and racial discrimination.

Image: FILE PHOTO: US Secretary of State Mike Pompeo speaks during a joint briefing about an executive order from US President Donald Trump on the International Criminal Court at the State Department in Washington, US, June 11, 2020. REUTERS/Yuri Gripas/Pool/File Photo