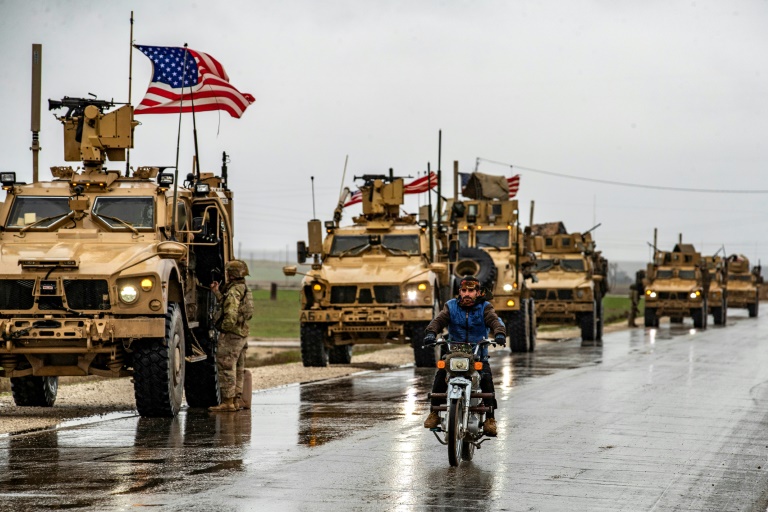 US Secretary of State Mike Pompeo on Saturday rejected European pessimism about Washington’s retreat from the global stage, saying the death of the transatlantic bond had been “grossly overexaggerated”.

“The West is winning and we’re winning together,” Pompeo told the Munich Security Conference.

But he was immediately contradicted by French President Emmanuel Macron, who warned of “a weakening of the West”.

The annual gathering of world leaders, generals and diplomats to discuss security challenges has been dominated by fears of diminishing Western influence in the face of a more assertive China and Russia.

In his opening speech a day earlier, German President Frank-Walter Steinmeier suggested that the United States rejected “even the idea of an international community” and was acting “at the expense of neighbours and partners”.

“I’m happy to report that the death of the transatlantic alliance is grossly over-exaggerated,” he said, paraphrasing a famous Mark Twain quote.

He said Washington was playing a key role in keeping Europe safe by reinforcing NATO’s eastern flank on the border with Russia, as well as leading a multinational effort to defeat the Islamic State jihadist group.

“Is this an America that ‘rejects the international community’?” he asked.

“The free West has a brighter future than illiberal alternatives,” Pompeo added, urging allies to have “confidence” in the transatlantic bond.

He stressed the need to work together against threats posed by Russia’s territorial ambitions, China’s military buildup in the South China Sea and Iran’s “campaigns of terror” through proxy conflicts in the Middle East.

NATO chief Jens Stoltenberg, who also took to the stage in Munich, joined Pompeo in voicing dismay at the gathering’s pessimistic tone.

“There is a competition out there in so many areas, with so many different actors, but simply lamenting that we have lost our way will not provide us with a way forward,” Stoltenberg told the audience.

In a nod to concerns about European reliance on Russian natural gas, Pompeo also announced that the US would finance energy projects in eastern EU countries.

“The United States –- through our International Development Finance Corporation, and with the support of the US Congress -– intends to provide up to $1 billion in financing to the Central and Eastern European countries of the Three Seas Initiative,” Pompeo told the conference.

“Our aim is to galvanize private sector investment in their energy sectors.”

The Three Seas Initiative is a club of 12 eastern and central EU countries who have grown increasingly concerned about over the Russian giant in their backyard since Moscow’s annexation of Crimea from Ukraine in 2014.

At a Three Seas meeting in 2017, President Trump offered to supply the grouping with US liquefied natural gas so they would never be “hostage” to a single Russian supplier.

Washington believes the pipeline will give Russia too much influence over security and economic issues in western Europe.