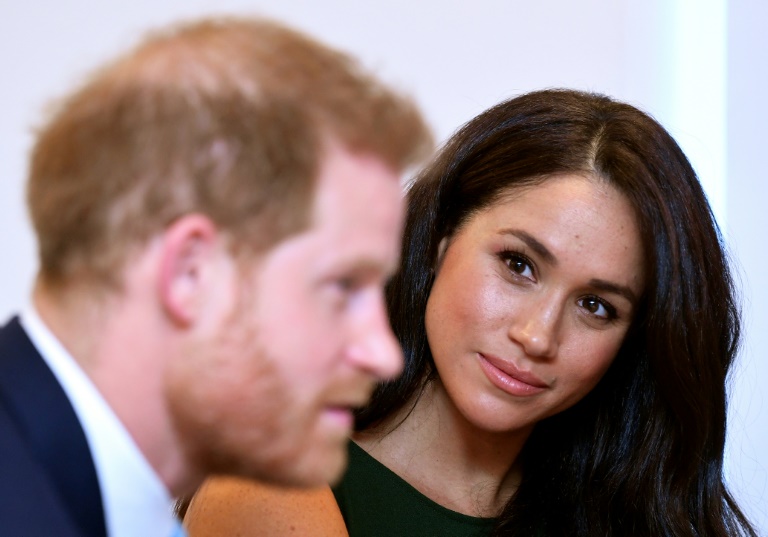 Prince Harry’s wife Meghan has returned to Canada following the couple’s bombshell announcement that they were quitting their frontline royal duties, it emerged Friday, as the monarch held urgent talks with her family to resolve the crisis.

The Duke and Duchess of Sussex spent an extended Christmas holiday in Canada with their son before returning to break the news this week that they would “step back” from their royal roles.

The Daily Mail newspaper reported that Meghan flew back on Thursday, having never intended to be in Britain long, and “may stay there for the foreseeable future.”

“I can confirm reports that the duchess is in Canada,” the couple’s spokeswoman told AFP, without confirming the Mail’s report that Harry was likely to join his wife and eight-month-old son in Canada shortly.

Several Canadian media reported Meghan had returned to Vancouver island off the country’s Pacific coast, where the family spent the year-end holidays and where baby Archie had remained with his nanny.

Senior royals were caught off guard by Wednesday’s announcement that the Sussexes wanted to seek a “progressive new role” and divide their time between Britain and North America.

In Washington, President Donald Trump weighed in, telling Fox News that he found the spat “sad.”

“I just have such respect for the queen. I don’t think this should be happening,” he said.

Queen Elizabeth II’s office issued a terse statement the same evening, saying there were “complicated issues that will take time to work through”.

But a palace source on Thursday said the queen had instructed aides to work “at pace” with Meghan and Harry and the government “to find workable solutions”.

The process was expected to take “days, not weeks”, the source said.

Media reports said the queen held a series of calls on Thursday involving Harry, his brother Prince William and their father Prince Charles, the heir to the throne.

Harry and Meghan said they intended to continue to “fully support” the queen and “collaborate” with senior royals.

They also want to keep their home on the queen’s Windsor Castle estate as their British base, while aiming to become financially independent.

But questions are being raised about what this means in practice, as their security is paid for by the state and they receive funds from the queen and from Charles.

William and Harry have always held a special place in many Britons’ hearts because of their mother, Diana, who was killed in a Paris car crash in 1997.

With their wives, Kate and Meghan, they have been viewed as the modern face of the royal family, hailed for bringing fresh energy to the institution.

But the younger prince, who has struggled with his role, last year revealed he has been growing apart from his brother, who as second in line to the throne is increasingly pursuing a different path.

Harry has been open about his mental health issues and he and Meghan last year admitted to struggling with the spotlight following their wedding at Windsor Castle in May 2018 and Archie’s birth a year later.

The couple have also lashed out at negative news coverage, some of which Harry says was racist — in light of Meghan’s biracial heritage.

They have recently taken several newspapers to court — a highly confrontational approach by royal standards.

Royal media expert Peter Hunt, who has interviewed Harry several times, told AFP that he thought the prince feared “the media might play a part in him losing her” through their critical reporting.

“Prince Harry’s relationship with the media went bad and has got progressively worse ever since his mother died,” he added.

The decision by the couple, who recently registered the trademark Sussex Royal, to effectively resign their royal roles follows a turbulent year for the Windsors.

Harry’s uncle Prince Andrew announced he was retiring from public duties after a disastrous TV interview about his friendship with the late US sex offender Jeffrey Epstein.

There was one bright spot for Harry, though: if he ever moved to Canada, a majority of Canadians would welcome him as the country’s next governor general, a poll found.

Sixty one percent would support Harry replacing the current holder of the post — who represents Queen Elizabeth II in the former colony — when her term expires, according to the poll.

Image: POOL/AFP/File / TOBY MELVILLE Harry and Meghan said they intended to continue to “fully support” the queen and “collaborate” with senior royals