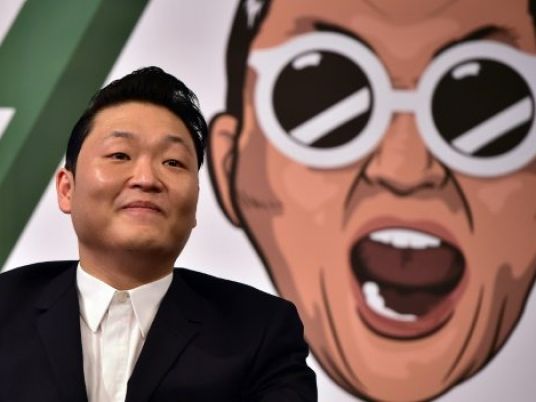 "Gangnam Style" star Psy acknowledged Monday that he could never repeat the phenomenal global success of his 2012 hit, but said he was perfectly happy being "just another" K-pop artist.
The quirky South Korean singer was catapulted to unlikely international stardom after the "Gangnam Style" music video, with its invisible horse-riding dance, went viral.
The song — a satire of the luxury lifestyle of residents in Seoul's glitzy Gangnam district — remains the most-watched video of all time on YouTube, with more than 2.4 billion views.
The 37-year-old singer said the success of the song and the expectations that came with it had sometimes been difficult to cope with.
"The pressure and stress was simply too huge," he told a press conference in Seoul ahead of the release on Tuesday of his new album.
Asked if he imagined another worldwide hit, Psy shook his head.
"No chance," he said. "I don't think something like 'Gangnam Style' will ever happen again."
"The sheer weight of Gangnam was so heavy, I don't even go to Gangnam anymore," he joked.
Before "Gangnam Style" conquered the globe, Psy had already been an established star at home for more than a decade, famous for provocative lyrics and rambunctious stage performances.
Some fans at home felt that the singer lost his edge after travelling the world.
Psy admitted that he had found himself trying too hard to please a global audience and vowed that his new album — his — marked a return to "his roots".
"While I was writing songs, I often found myself wondering, 'will this be as good as Gangnam Style? Or what if foreign fans don't understand this lyric?'" he said.
"It took me a while to force such thoughts out of my mind," he said, adding he would be perfectly content being "just another K-pop artist" for a while.
The new album, titled "Cider", contains nine songs including the double-titles "Daddy" and "Bell Bottoms" — both dance tunes.