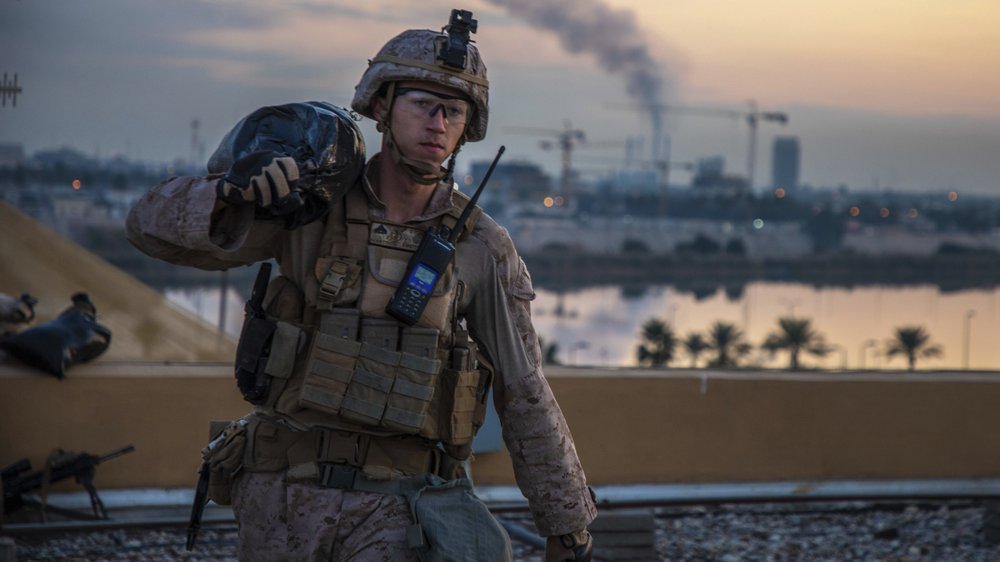 BAGHDAD (AP) — A push led by pro-Iran factions to oust U.S. troops from Iraq following the U.S. airstrike that killed a top Iranian general is gaining momentum, bolstered by a Parliament vote calling on the government to remove them.

But the path forward is unclear, and in Iraq’s deeply divided terrain, with a resigned prime minister and raging proxy war between Iran and the U.S., ending America’s 17-year military presence in Iraq is a risky undertaking.

Iraq was barely starting to recover from a devastating four-year war against the Islamic State group when a mass uprising against the country’s ruling elite erupted on Oct. 1, forcing the resignation of Prime Minister Adil Abdul Mahdi two months later. He hasn’t been replaced.

A pullout of U.S. troops could cripple the fight against Islamic State militants and allow the extremists to make a comeback. Militants affiliated with IS routinely carry out attacks in northern and western Iraq, hiding out in rugged desert and mountainous areas. Iraqi forces rely on the U.S. for logistics and weapons in pursuing them.

An American withdrawal could also enable Iran to deepen its influence in Iraq, which like Iran is a majority Shiite country.

“It is not that simple,” Lebanese political analyst Ibrahim Bayram said of any withdrawal. “This will increase the complications inside Iraq, the conflicts and contradictions … and the clash, both political and non-political, between the Iranians and Americans.”

U.S. Defense Secretary Mark Esper, meanwhile, said Monday the United States “has made no decision whatsoever to leave Iraq,” adding that the U.S. remains committed to the campaign to defeat the Islamic State group in Iraq and the region.

The Iraqi parliamentary vote Sunday calling for the ouster of the 5,200 American troops in Iraq requires Iraqi government approval. But it highlights the sharp deterioration in relations between Washington and Baghdad amid soaring tensions between the U.S. and Iran following the U.S. airstrike that killed Iranian Gen. Qassem Soleimani at Baghdad airport .

American forces withdrew from Iraq in 2011 but returned in 2014 at the invitation of the government to help battle the Islamic State group. The extremists had seized vast areas in the north and west of the country after Iraq’s armed forces collapsed, including the second-largest city, Mosul. A U.S.-led coalition provided crucial air support as Iraqi forces, including Iran-backed militias, regrouped and drove IS out in a costly three-year campaign.

Unlike the previous U.S. deployment, which was governed by the Status of Forces agreement that clearly spelled out the rules of termination, American troops in Iraq are now in the country based on a less formal request by the then prime minister, Nouri al-Maliki.

Pressure has been escalating for a U.S. troop withdrawal since the defeat of IS in 2017, particularly among factions loyal to Iran. But calls for their removal grew louder amid outrage over the U.S. strike last week that killed Soleimani along with senior Iraqi militia leaders.

Abdul-Mahdi asked parliament on Sunday to take “urgent measures” to ensure the removal of foreign forces from the country. In a sign of the divisions, the parliament session was boycotted by many Sunni and Kurdish legislators who oppose abolishing the deal with the Americans, and most of the lawmakers who voted were Shiite.

It was not clear what steps Abdul-Mahdi would take following the parliamentary vote. Experts were split on whether, as a resigned prime minister, he has the authority to request the termination of the U.S. presence.

Thafer al-Aani, a Sunni lawmaker, said Abdul-Mahdi doesn’t want to risk aggravating the Americans too much by acting alone, which is why he turned to Parliament for backing, adding that the vote was mostly for a domestic audience.

“He feels that America isolated his government by siding with the protesters. … He decided to side completely with the Iranians after the killing of Soleimani and because of the U.S. position toward the protests,” he said.

The U.S. government repeatedly called on the Iraqi government to stop using excessive force on peaceful protesters. Nearly 500 people were killed by security forces in three months of protests against the country’s top political and religious leaders. The protests have also turned into a revolt by the country’s Shiites against Iranian influence in the country, with protesters burning Iranian interests in the southern provinces.

On Monday, Abdul-Mahdi met with U.S. Ambassador Matthew H. Tueller and stressed the need for the two countries “to work together to execute the withdrawal of foreign troops from Iraq,” according to a statement from his office.

In their meeting, Abdul-Mahdi said relations with Washington must be built on a “sound basis.” He didn’t elaborate, but said the situation in Iraq was “critical” and that all efforts were being exerted to prevent “sliding towards an open war.”

Speaking in Washington, Esper said the U.S. was not pulling troops out of Iraq.

“There’s no decision to leave, nor did we issue any plans to leave or prepare to leave,” the defense secretary said. He spoke to reporters in response to a letter from a senior U.S. commander that seemed to suggest a withdrawal was underway.

The Iraqi parliament vote angered President Donald Trump, who promptly warned Iraq that he would levy punishing sanctions if the government expelled American troops. He said the U.S. wouldn’t leave without being paid for its military investments in Iraq over the years

“We will charge them sanctions like they’ve never seen before, ever. It’ll make Iranian sanctions look somewhat tame,” Trump said.

The alarming rhetoric by the two allied nations comes amid a recent series of unclaimed attacks targeting military bases that host U.S. troops in Iraq. One attack killed an American contractor in Kirkuk late last year, and was blamed on an Iran-backed militia. That attack sparked a deadly U.S. airstrike targeting that militia, which in turn led to a New Year’s Eve assault by militias loyal to Iran on the U.S. Embassy in Baghdad.

Abbas Kadhim, head of the Washington-based Atlantic Council’s Iraq Initiative, said because Abdul-Mahdi has resigned as prime minister, he didn’t want to give the impression that he was acting unilaterally and wanted Parliament to be on board, although he has the right to approve the U.S. troop removal himself.

He said there was no reason the Americans should stay now that the mission to defeat IS is over.

“The troops are there and its called the coalition to defeat ISIS not the coalition to re-occupy Iraq,” Kadhim said. “ISIS was defeated and they have no reason to be there now.” Kadhim added that an agreement could be worked out whereby some U.S. trainers can stay behind.

Bayram, the Lebanese analyst, said, however, that Trump’s reaction shows that the Americans have no intention of exiting smoothly from Iraq.

“The United States considers its presence in Iraq fundamental, especially since it rid Iraq in 2003 from Saddam Hussein. America also considers itself an essential partner in Iraq,” he said.

Image: In this Saturday, Jan. 4, 2020, photo, released by the U.S. military, a U.S. Marine with 2nd Battalion, 7th Marines that is part of a quick reaction force, carries a sand bag during the reinforcement of the U.S. embassy compound in Baghdad, Iraq. The blowback over the U.S. killing of a top Iranian general mounted Sunday, Jan. 5 as Iraq’s Parliament called for the expulsion of American troops from the country — a move that could allow a resurgence of the Islamic State group. (U.S. Marine Corps photo by Sgt. Kyle C. Talbot via AP)