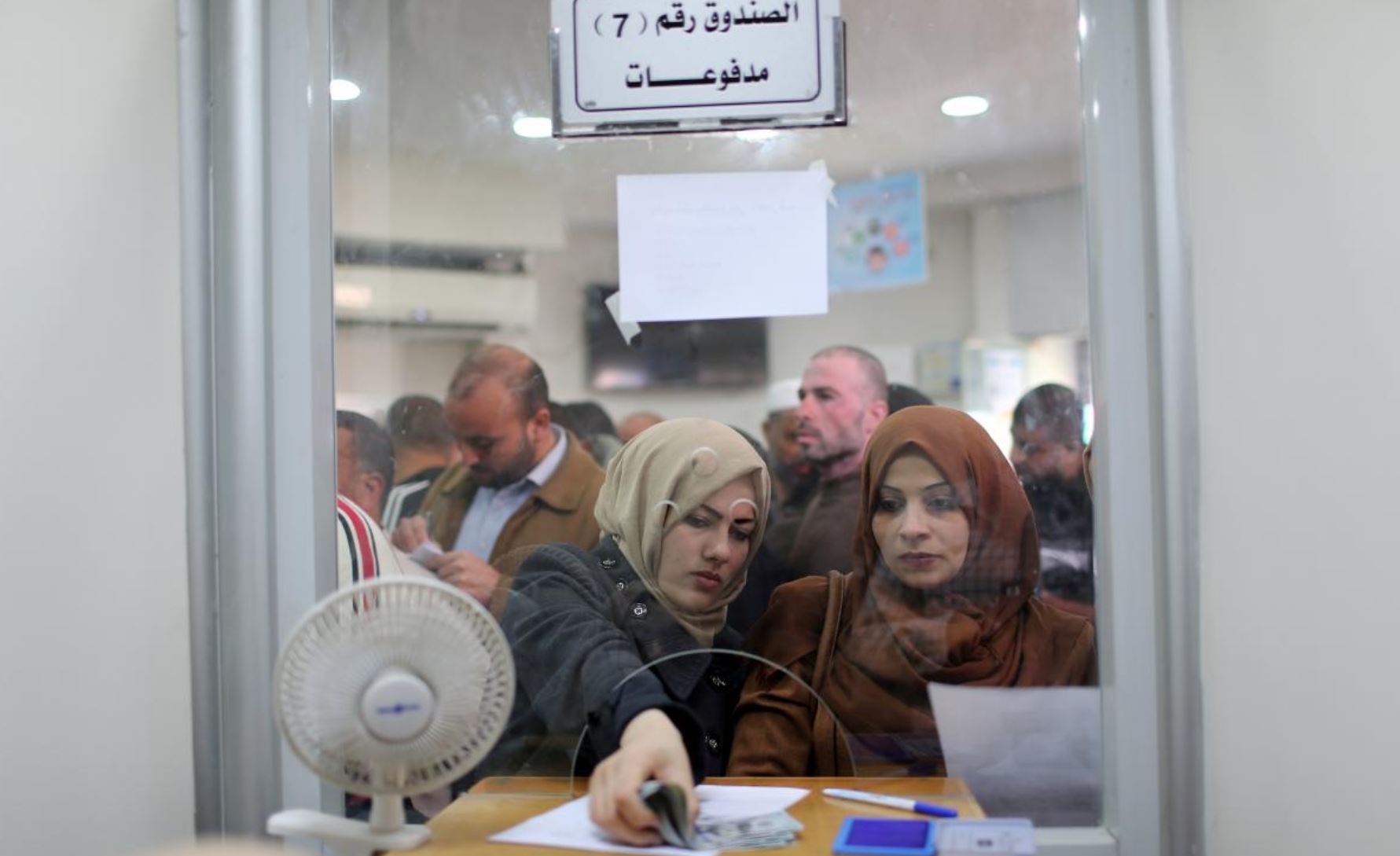 GAZA (Reuters) – A $15 million Qatari cash infusion was paid out to impoverished Palestinian civil servants in Gaza on Friday, offering Hamas a potential domestic reprieve though Israel said the money would not go to the enclave’s dominant Islamist group.

Hamas’s political rival based in the West Bank, Palestinian President Mahmoud Abbas, has slashed Gaza budgets, beggaring tens of thousands of government employees. That has helped stoke a half-year of bloody protests and occasional shelling exchanges across the border of Gaza, which Israel keeps under blockade.

Palestinian sources said the Qatari payout, received on Thursday, was the first of a total of $90 million that would come into the Gaza Strip over the next six months with Israeli approval.

Israel had previously agreed to the gas-rich Gulf Arab state donating money only for approved civilian construction projects or fuel in Gaza, worried that more fungible cash donations could reach Hamas, with whom Israel has fought three wars in a decade.

“One day, I have no money to get food or medicine for my children – and now I will buy them food, medicine and clothes,” said Wael Abu Assi, a traffic policeman, outside a Gaza City post office where people queued to draw their salaries.

“I am happy and will make my children happy.”

Branded a terrorist group in the West, Hamas has been under years of embargo by Israel and neighboring Egypt. Hamas authorities tax Gazans and its leaders said in the past they had received funds from other countries including Iran.

Observers for Qatar were present at all 12 post offices across Gaza, a coastal enclave, on Friday to monitor the salary distribution process. Employees had to present a copy of their identity card and be finger-printed.

Qatar’s official news agency said the wealthy Gulf state’s donation would benefit 27,000 civil servants. “The salaries for the others will be paid from local revenue,” it said.

A Hamas official said the 27,000 who would draw salaries on Friday and Saturday would include civil policemen. Hamas has hired over 40,000 people in Gaza since 2007 but many appeared to have been excluded from the list of payees.

“They told me they don’t have money for me,” one employee told Reuters on condition tat he would not be named. “Maybe Israel vetoed my name?”

Officials from Hamas, Qatar and Israel have been largely silent about the details of the Gaza payouts arrangement.

But a member of right-wing Israeli Prime Minister Benjamin Netanyahu’s security cabinet played down their significance.

Elkin accused Abbas, whose peace talks with Netanyahu stalled in 2014 and who is boycotting the United States because of its pro-Israel policies, of cutting salaries to “inflame Gaza, because he has not been successful on other fronts”.

“The Qataris came along and said: ‘We are willing to pay this instead of Abu Mazen (Abbas), in order to calm Gaza down’. What does it matter who pays it?” Elkin said.

Wasel Abu Youssef, a member of the executive committee of the Abbas-led Palestine Liberation Organization, criticized the move. “Arrangements through Qatar and elsewhere prolong the crisis of Palestinian division,” Abu Youssef told Reuters.

Doha’s donation, as well as UN-Egyptian truce mediation and winter rains, have tamped down the violence at the border, where Gaza medics say Israeli army fire has killed more than 220 Palestinians since the protests began on March 30.

Israel, which says its lethal force prevents armed infiltration, has lost a soldier to a Gaza sniper and tracts of forest and farmland to incendiary material flown over the frontier on kites or helium balloons.

“This is one of the fruits of the ‘March of Return’,” Abraham Baker, a police officer who received a full salary, said, using the Palestinian term for the protests.

The protest campaign demands the right of return to lands Palestinian families fled or were driven from during fighting around Israel’s founding in 1948.

Additional reporting by Ali Sawafta in Ramallah and Maher Chmaytell in Dubai; Writing by Dan Williams; Editing by Mark Heinrich.