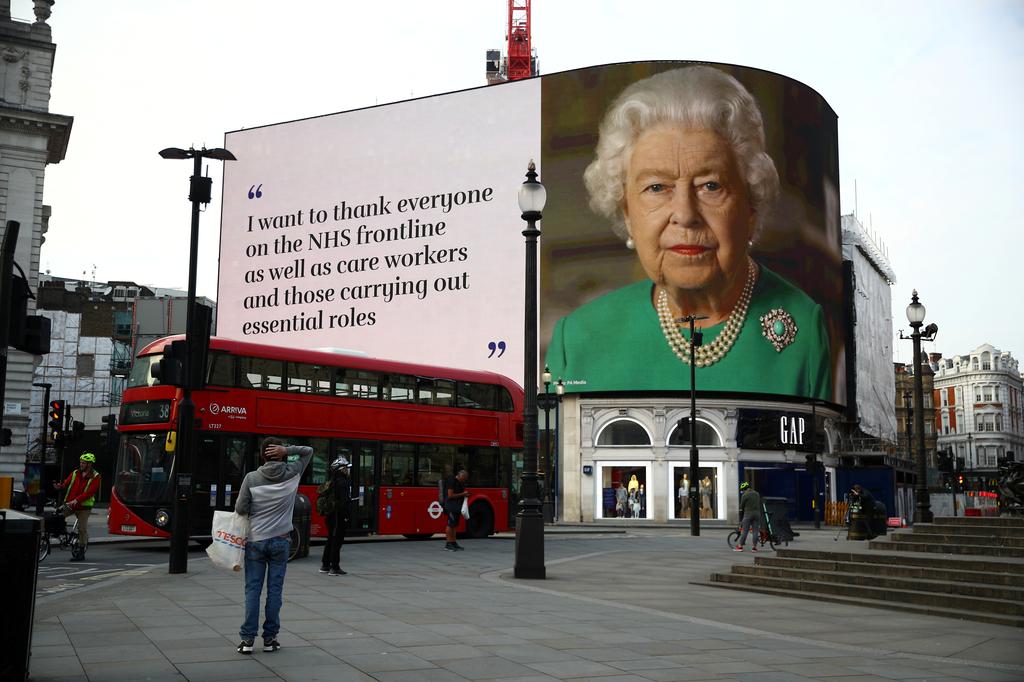 LONDON (Reuters) – Britain’s Queen Elizabeth will not celebrate her 94th birthday in any special way and has asked that there be no gun salutes to mark the occasion because it would not be appropriate while the country battles a deadly coronavirus outbreak.

Britain is at or near the peak of an outbreak in which more than 14,000 people have already died – the fifth highest national death toll of a pandemic linked to at least 150,000 deaths worldwide.

Ceremonial gun salutes, in which blank rounds are fired from various location across London, are typically used by the royal family to mark special occasions such as anniversaries and birthdays. The Queen’s birthday is on April 21.

The Queen was keen that no special measures were put in place to allow gun salutes as she did not feel it appropriate in the current circumstances, a royal source said.

It is believed to be the first such request in the Queen’s 68-year reign, the source said.

“‘We will not be marking Her Majesty’s birthday in any special way’ this year due to the #coronavirus crisis,” ITV reporter Chris Ship, who first reported the queen’s request, tweeted citing a source.

Britain is in its fourth week of a national lockdown, with businesses forced to close and citizens ordered to stay at home. Earlier this month, the country’s longest-serving monarch made an exceptional address to the nation, promising “Better days will return.”

Buckingham Palace last month said a parade to celebrate the Queen’s official birthday, which is celebrated in June, would not go ahead in its traditional form in light of restrictions on social gatherings.

There are no alternative plans to replace the parade, the source said on Saturday.

Image: FILE PHOTO: A message from Britain’s Queen Elizabeth II is displayed on a screen in Piccadilly Circus, as the spread of the coronavirus disease (COVID-19) continues, London, Britain, April 8, 2020. REUTERS/Hannah McKay