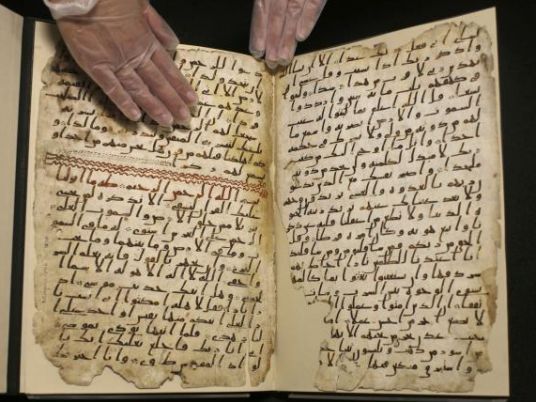 Fragments of a Quran manuscript found in a British university library are from one of the world's oldest surviving copies of the Islamic text, and may even have been written by someone who knew Prophet Mohamed, researchers said on Wednesday.
Radiocarbon dating indicated that the parchment folios held by the University of Birmingham in central England were at least 1,370 years old, which would make them one of the earliest written forms of the Islamic holy book in existence. 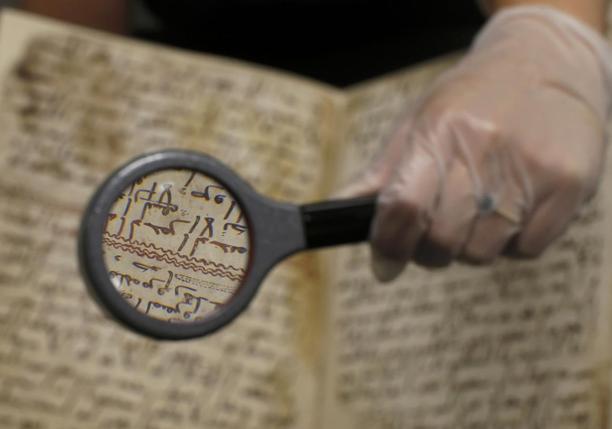 "They could well take us back to within a few years of the actual founding of Islam," said David Thomas, Professor of Christianity and Islam at the university.
Researchers said the manuscript consisted of two parchment leaves and contained parts of Suras (chapters) 18 to 20, and was written with ink in an early form of Arabic script known as Hijazi.
The university said for years it had been misbound with leaves of a similar Quran manuscript which dated from the late seventh century. 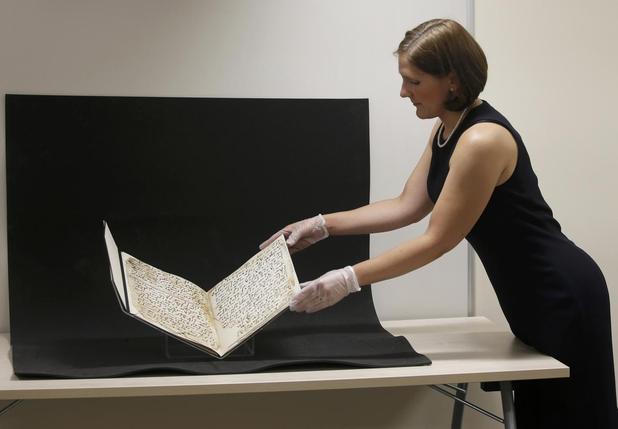 The radiocarbon dating, said to have a 95.4 percent accuracy, found the parchment dated from between 568 and 645. Mohamed is believed to have lived between 570 and 632.
"(These fragments) give us glimpses into potentially how something which we now call the Quran might have been used in this early period and how it might have been recorded," said Sajjad Rizvi, Director of the Institute of Arab and Islamic Studies at the University of Exeter
Prophet Mohamed 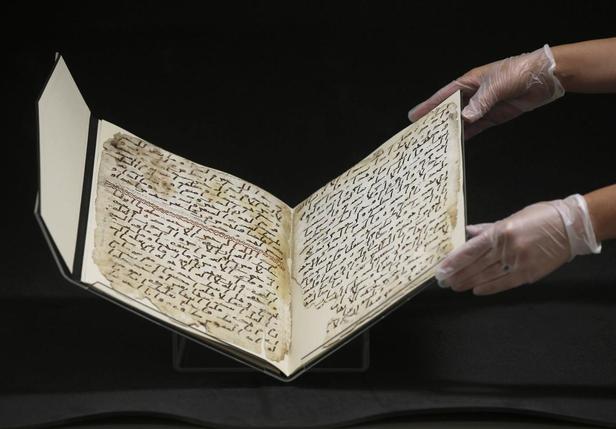 Thomas said the tests carried out on the parchment of the folios strongly suggested the animal from which it was taken was alive during the lifetime of the Prophet Mohamed or shortly afterwards.
"The person who actually wrote it may well have known the Prophet Mohamed. He would have seen him probably, he would maybe have heard him preach. He may have known him personally," Thomas told BBC TV.
The manuscript was part of the university's collection of 3,000 Middle Eastern documents which was acquired in the 1920s by Alphonse Mingana, a Chaldean priest born near Mosul in Iraq.
His trips to acquire the manuscripts were funded by philanthropist Edward Cadbury, whose family made their fortune in chocolate, to raise the status of Birmingham as an intellectual centre for religious studies.
"The parts of the Quran that are contained in those fragments are very similar indeed to the Quran as we have it today," Thomas said. "So this tends to support the view that the Quran that we now have is more or less very close indeed to the Quran as it was brought together in the early years of Islam."
Muslim scholars said the discovery, along with similar recent finds and studies in Europe, would help academics piece together the development of the manuscript into its modern form.
"The discovery of the written Quran dating back to the time of Mohamed may serve as an opportunity to make us reconsider the scholarly paradigm that Islamic culture is more oral-aural rather than visual," said Hatsuki Aishima, a lecturer in Modern Islam at the University of Manchester.
"Tears of joy" 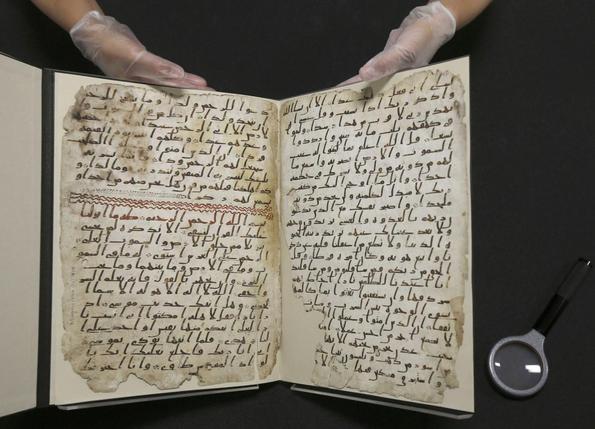 The University of Birmingham said it would put the manuscript on public display in October, and Muhammad Afzal, chairman of Birmingham Central Mosque, said he expected it to attract people from all over Britain.
"When I saw these pages I was very moved. There were tears of joy and emotion in my eyes," he told the BBC.
Whilst some manuscripts are major attractions elsewhere in the world, their appeal to visitors is determined more by the status of the person who is understood to have recorded them. 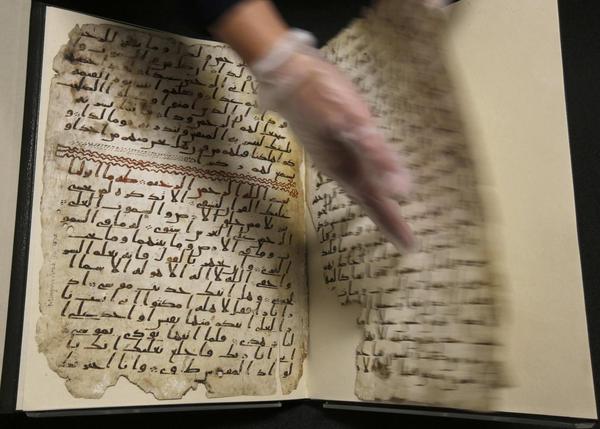 "The problem with this particular fragment is that we don't actually know where it comes from," Rizvi said.
However, he said that the fragments would be studied worldwide if, in line with the recent trend for such finds, digital images were published on the internet, and that there was potential for other significant discoveries in Britain.
"The catalogues of which were in collections in Britain are not complete in most cases. It's quite possible we might find some further things – even in the British Library itself."