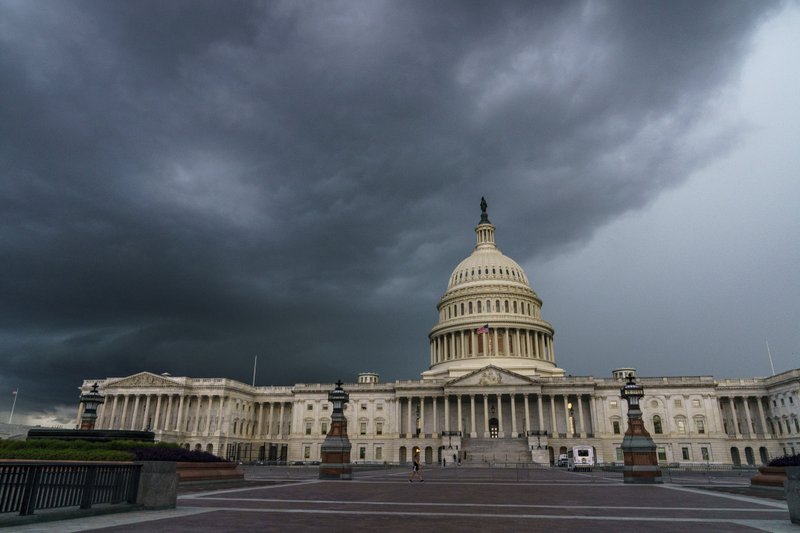 WASHINGTON (AP) — The tensions coursing through the United States over racism and policing are likely targets for adversaries seeking to influence the November election, lawmakers and experts warn — and there are signs that Russia is again seeking to exploit the divide.

Earlier this year, Facebook, Instagram and Twitter pulled down dozens of accounts with names like “Blacks Facts Untold” that had been followed or liked by hundreds of thousands of people. The accounts were fake, created by an organization in Africa with links to Russia’s Internet Research Agency.

Similarly, this week Facebook announced it had removed a network of accounts linked to the IRA that had pushed out stories about race and other issues. The network had tricked unwitting American writers to post content to the pages.

It’s a troubling but familiar pattern from Russia, as the IRA overwhelmingly focused on race and the Black Lives Matter Movement when targeting the US in 2016. The goal, part of the Russian playbook for decades, was to sow chaos by posting content on both sides of the racial divide. Indeed, “no single group of Americans was targeted by IRA information operatives more than African-Americans,” concluded a report from the Senate intelligence committee.

With the election just two months away, some lawmakers are worried that the Russian efforts, now evolved and more sophisticated than four years ago, could again take hold. They fear the Trump administration’s decision to limit what it tells Congress — and by extension the American people — about election threats will allow the propaganda to spread.

“Race was a big piece of what they did in 2016, and given heightened racial tensions this year, there’s no reason they wouldn’t be doing the same thing again,” says Maine Sen. Angus King, an Independent who sits on the Senate intelligence committee. He says the information that is now being limited “belongs to the American people.”

Democrats were furious last weekend after Director of National Intelligence John Ratcliffe, a close Trump ally, informed Congress that the office would supply written information to the intelligence committees about election threats but would no longer be doing in-person briefings, denying lawmakers the chance to ask questions.

The cancellation came a few weeks after US intelligence officials publicly stated that Russia is using a variety of measures to denigrate Trump’s opponent, Democratic presidential candidate Joe Biden, ahead of the election. Trump responded to that assessment by saying that “nobody has been tougher on Russia than I have.”

Election interference has always been a sensitive subject for Trump. The president has often dismissed the idea that Russia interfered at all in 2016, and has replaced many long-serving intelligence officials with his own appointees.

The intelligence statement did not offer specifics about what tactics Russia is using, but the past provides important clues.

In 2016 the IRA had an “overwhelming operational emphasis on race” that was apparent in the online ads it purchased — more than two-thirds contained a term related to race. The company targeted that content to “African-Americans in key metropolitan areas with well-established black communities and flashpoints in the Black Lives Matter movement,” according to a Senate Intelligence Committee report. One of its top performing pages, “Blactivist,” generated 11.2 million engagements with Facebook users.

Bret Schafer, an expert on foreign disinformation with the bipartisan group Alliance for Securing Democracy, said stoking racial animosity is a Kremlin strategy that goes back decades. His group tracked a major uptick in social media activity on racial issues from Russian state-sponsored media and political figures this summer, especially after the killing of George Floyd at the hands of Minneapolis police.

“We have seen a constant messaging theme being race and racism in the US,” Schafer said. “They’re very good at it.”

There is evidence that the recent police shooting of a Black man in Kenosha, Wisconsin, and the resulting protests — the focus of political sparring between Trump and Biden this week — have fueled a new round of social media activity from foreign governments.

English-language media outlets linked to the Russian government have published stories supporting the protests, and “Cop Injustice in Kenosha” is the headline on a video posted by an online news organization with ties to Russia. Another video from the Kremlin-backed outlet Redfish shows Trump supporters driving aggressively through protesters in Portland, Oregon, where there have been protests for weeks.

The stories are precisely the kind of content lawmakers are trying to keep tabs on.

The acting chairman of the Senate intelligence panel, Florida Sen. Marco Rubio, told a local news outlet this week that has spoken to Ratcliffe and expects the in-person briefings to continue. But it is unclear if they will. The top Democrat on the panel, Virginia Sen. Mark Warner, says he has been working with Rubio to urge Ratcliffe to reverse the decision.

“Ninety percent of the information I’ve ever gained from any briefing is not from the briefing, it’s from the questions,” Warner said.

The briefings are less likely to be reinstated in the House intelligence committee, which is led by Democrats. House Intelligence Committee Chairman Adam Schiff said cancelling the briefings is a “shocking abdication of its lawful responsibility.” He has urged vigilance on the Russian meddling, noting that the tactics have evolved but “the underlying malign goals remain the same.”

The intelligence committees are receiving some information from the social media companies themselves, notably Facebook and Twitter. The companies were slow to respond in 2016, but are now waging sophisticated efforts to root out foreign interference. Twitter stopped accepting political ads, while Facebook began verifying the identity of ad buyers in 2018 and this week said it will restrict new political ads in the 7 days before the election.

Nina Jankowicz, disinformation fellow at the nonpartisan Wilson Center, says there has been an improvement in tracking, but because the issue of interference has been so politicized, Congress and the public aren’t getting enough information.

“What people need to be looking for is stuff that is seemingly trying to get a rise out of them,” Jankowicz said. “Don’t think you are going to find a troll. It’s about guarding yourself from emotional manipulation.”

Image: The US Capitol in Washington, on Friday, Aug. 28, 2020. The tensions coursing through the United States over racism and policing are a likely target for adversaries seeking to influence the November election, lawmakers and experts warn — and there are signs that Russia is again seeking to exploit the divide. (AP Photo/J. Scott Applewhite)

‘How dare we not vote?’ Black voters organize after DC march