Long queues in front of the cashiers at major supermarkets are a sure indication that Ramadan is on its way as consumption rates soar.

As Ramadan approaches the demand for essential foodstuffs such as rice, sugar, cooking oil, flour, canned food and pasta begins to rise and during the month itself, people spend more on luxuries like meat and poultry, and exotic nuts, like almonds and pistachios.

This increase in demand has lead to an annual hike in prices as traders and wholesalers take the opportunity to up their profits.  But this doesn’t stop people buying.

“Wholesale traders always put their prices up at this time of year, so retailers are forced to do the same in order to keep in profit,” said Mohsen Sayyed, owner of a supermarket.

According to Sayyed shopping trends are barely affected by the price increases.  “The same clients come every year to do their Ramadan shopping, but only a few people cut down on the amount they buy.”

“People are prepared to go into debt to cover their needs at this time of year.  The ancient traditions, like the fanoos (Ramadan lantern) and kahk al-eid (feast cookies) can’t be pushed aside even if one has to spend all his savings,” he said.

According to the National Centre for Social and Criminal Research (NCSCR), 83 percent of Egyptian families increase their consumption this month between 50 and 100 percent.  More specifically Egyptians spend 66.5 percent more on meat and poultry, 63 percent more on sweets and 25 percent more on nuts and nibbles, and they host 23 percent more iftar and sohour banquets during Ramadan.

Strikingly the study also notes that at least 60 percent of food on the average Egyptian table goes to waste at this time of year.

“I hold several banquets for my family and neighbors. So, I have to spend a lot of money on food items to be well prepared. The gathering of family members for iftar or sohour is one of Ramadan’s cherished customs," said Fatma al-Gammal, a housewife.

A grocer pointed out that the rise in commodities’ prices is only temporary and from the first week of Ramadan prices start to recover as demand slows.

Ramadan packages, containing basic food items, are sold throughout the month at most major supermarkets and are another contribution to overconsumption.  There is intense competition between supermarkets over these packages.

“The success of Ramadan packages idea relies on the perceived mutual benefits for retailers and consumers”, said Hesham Abdel Rahman, manager of one of the branches of an international supermarket chain. With these packages, retailers are able to offload large quantities of their inventories, while customers save money and effort. He said they offer Ramadan packages containing two kilos of rice, two kilos of sugar, three quarters of a liter of oil, a kilo of margarine, 400 grams of oven pasta, 400 bird’s tongue pasta, 370 grams of sauce and 40 grams of tea for LE36 instead of its actual price LE43.

Consumerism in Ramadan also takes the form of charity. “We receive hundreds of orders from charity organizations and donators, which are distributed as aid for the needy,” said Abdel Rahman.

Unfortunately all this eating can lead to health problems.  Though people are eating fewer meals every day they actually consume far more food between breaking the fast and dawn.  Digestive disorders, weight gain and diabetes are all problems which emerge during the month due to the excessive intake of sugary and fatty foods.

However, despite the depletion of the family budget and the ill effects on people’s health, it looks as though the consumption patterns of Egyptian Ramadan are here to stay. 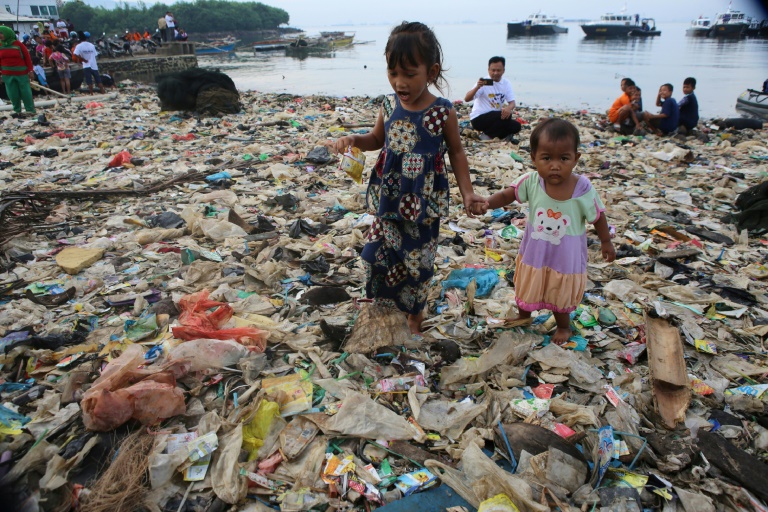