Juan López-Aranguren holds up an empty can of orange Fanta. “It can become trash, or you can look at it as the potential that it has,” he says, prompting the audience of Townhouse to think of other uses for it.

As he speaks, a video plays in the background. On the left side of the screen, common products people consume move along a conveyor belt. The right side shows what these products, mostly food and household cleaners, quickly become: massive amounts of waste and garbage.

López-Aranguren is part of the Spanish collective “Basurama,” which is teaming up with Egyptian architect and urban planner Omar Nagati on a solid urban waste project in Cairo. They presented their project, funded by the Spanish Embassy, in the Factory Space at Townhouse Gallery Saturday evening.

Basurama emerged from the Madrid School of Architecture in 2001, and does urban waste projects all over the world. Through its work, the collective aims to make the waste produced by massive consumption more visible to societies around the world.

But López-Aranguren says the collective has another aim as well: to inspire people to develop new attitudes about resource management, and to cause them to look at trash in different, more creative ways.

“Ever since I was a student I always liked to play around with what people call garbage,” she says.

“I’ve actually started at home to collect garbage that we use every day. Artistic things always come up from trash, although most people just don’t really have the time or creativity to think about that and just throw it out,” she adds.

In addition to the recycling and reuse of urban waste, Nagati says the project also seeks to transform public spaces, and to engage the public by putting objects made from urban waste into public spaces for public use.

Nagati says that his teaching and research have always focused on the question of public space.

He says what interests him most is, “the juxtaposition between the way spaces and the city is being planned and designed, versus the way it’s actually being used by the people.”

Nagati connected with Basurama just over a year ago, through a Cairo-based organization called El Namla Cultural Resources, to begin conceptualizing the project during a three-day workshop.

The project has since taken shape, and consists of three phases over three weeks.

The first week-long phase involved imagining and designing the project, which was built during the second stage. The project will eventually be implemented and performed during the first week of July in three public spaces around Cairo: Ard el Lewa, Al-Fan Midan, and Nasr City.

López-Aranguren says the inspiration for each project comes from the process itself. At each site, the team must first determine what resources are available, and then what to create with them.

In thinking about the lack of shade in Cairo, he says, “we don’t have shadows.” He goes on to ask, “How can we build a shadow that can be transportable and also can be folded? How can we do it? What do we have around?”

Plastic bags were the likely choice for the project in Cairo, since people use them for everything here.

In thinking about what to make with the plastic bags he asks, “Why don’t we try to make clouds?”

“You just have to dream also,” he adds, pointing to the creativity he says the process requires.

Indeed, a large, white, air-filled object hung behind him like a cloud, from a support structure built from cardboard tubes, as he spoke. Next to the suspended cloud-like object sat a long, yellow, tube-like structure. Invoking one’s imagination, Lopez-Aranguren says it’s supposed to be a sunset.

Yet, a larger purpose exists within the project, and according to Nagati and Taha, there are multiple ways to imagine that purpose.

“The idea is to create an urban-scale shaded area, not just an umbrella for one or two people, Nagati says. “And you can do a number of things with the shaded space. You can have a children’s playground, an art festival, a market. There are different possibilities,” he adds.

The project is also meant to inspire the public to find other creative and innovative ways to use plastic bags.

“The bigger idea is to let people know you can reuse them and recycle them instead of just throwing them out. And showing them that this is one thing you can do with it, it isn’t the only thing,” Taha says.

Nagati noted that the recycling and reuse of materials is nothing new in Cairo. However, he says what is new about the project is the rigorous scientific process the team goes through in creating the objects.

The objects, once built, are intended to serve as a prototype for useful objects that people can then recreate and improve.

He says he hopes that this process will redefine the role of architects and planning professionals, who are rarely involved in actually building what they design.

Through this project, he says he hopes to bridge the gap between formally trained designers, and the millions of people who already design things on the street without formal training.

“I think that’s the strength of this experiment,” he says. “And something of which I’m very proud.” 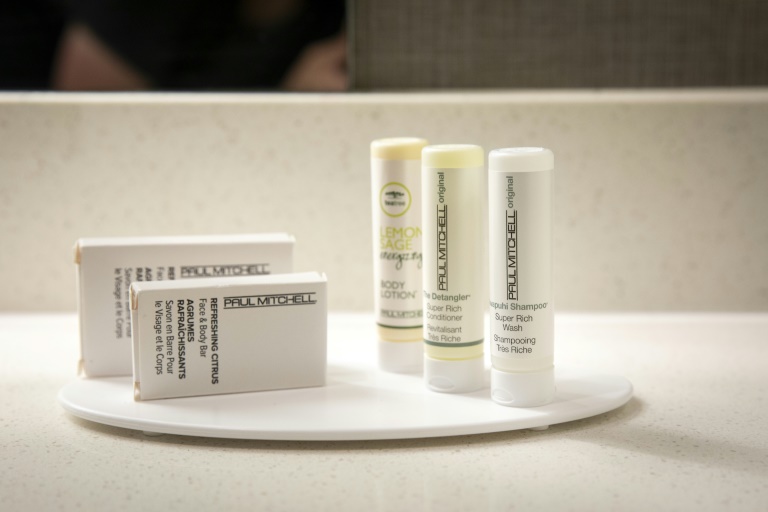