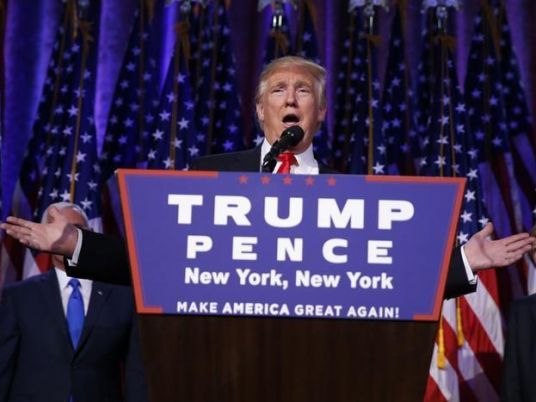 Over the next decade, their tax plan would add at least $1 trillion to the national debt. That would be on top of an additional $10 trillion in deficits over the same period already being by forecast by the Congressional Budget Office. As a share of the economy, the national debt would be rising to levels last seen during the height of World War II.

This borrowing spree would mark a sharp reversal for Republicans who made a career of sounding the alarm that mounting national debt would ultimately crush the economy and perhaps impoverish future generations. House Speaker Paul Ryan warned back in 2013 that endless deficits would “weigh the country down like an anchor. In short, we are on the verge of a debt crisis.”

But on Friday, as the Senate debated its version of tax legislation, which it passed early Saturday, a rather different Republican Party was in full view. The party’s few remaining deficit hawks, like Sen. Bob Corker of Tennessee, were clearly out of step with most in their party.

“Obviously, I’m kind of a dinosaur on fiscal issues,” Corker said ruefully before declaring his opposition to the bill.

Republicans gained control of the House and Senate as well as the White House, said Robert Bixby, executive director of the Concord Coalition, an advocate for fiscal responsibility. Its all-inclusive control gave the party the leverage to focus on slashing tax cuts, rather than taking the sometimes painful steps required to curb the debt, which would likely do little on the eve of an election year to rally their donors and base of voters.

“When you don’t have to make legislative compromises and have things you want to do, it’s easy to set aside fears about the budget deficit,” Bixby said.

Congressional Republicans had more incentive to reduce the deficit when President Barack Obama was in office. They ultimately agreed to the 2011 Budget Control Act to pare the deficit by mandating nearly $1 trillion in automatic spending cuts in return for raising the government’s borrowing authority.

The historically low US interest rates that have prevailed for nearly a decade have made managing the debt less of a burden than in the 1980s under President Ronald Reagan. What’s more, the US economy has steadily improved as the unemployment rate has fallen to a 17-year low of 4.1 percent. So any anxiety that deficits could stifle growth has lessened despite the rising debt.

Rather than worry about the debt, President Donald Trump has been eager to increase it. He campaigned on the promise of extravagant tax cuts. And he welcomed the prospect of borrowing to finance them in hopes that the economy would start gushing with growth.

“It’s called priming the pump,” he said in a May interview with The Economist magazine.

In fact, the president pledged that economic growth propelled by the tax cuts would be so much more robust than the tepid average annual growth rates of roughly 2 percent of recent years that the deficits would start to fall after two years. His budget director, Mick Mulvaney, has gone so far as to argue that higher deficits are even necessary to produce sustained 3 percent annual growth.

Mulvaney contends that such growth would eventually cause the national debt to decline. Treasury Secretary Steve Mnuchin has repeated similar versions of this argument that the tax cuts would, over time, pay for themselves.

But no independent analysis of the tax plan has shown that it could generate nearly enough growth to shrink the deficits. Mnuchin’s own Treasury Department never released an analysis to support such claims.

Indeed, the Joint Committee on Taxation concluded this week that, even with a bump in growth, the Senate tax bill as written at the time would swell the national debt by $1 trillion over 10 years.

Upon the release of that conclusion, a spokeswoman for Senate Finance Committee Chairman Orrin Hatch dismissed it as “curious” and deserving of “further scrutiny.” The response suggests that Republican lawmakers are taking it on faith that the tax cuts will generate their own revenue. No leading economist agrees with this belief.

In a survey released last week, the University of Chicago asked 42 top academic economists — including Nobel prize winners — whether they thought the tax cuts would expand the debt. All said the debt would be higher.

Democrats now appear to be reveling in the irony of Republicans’ seeming indifference to the debt.