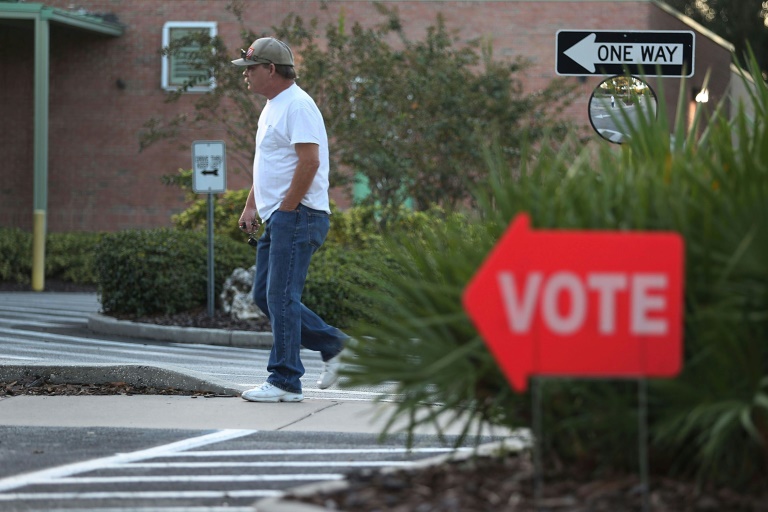 Millions of Americans will be barred from casting ballots in Tuesday’s crucial midterm elections due to electoral rules at the state level, which effectively exclude many minority voters to the detriment of Democrats.

Here’s a look at states where these restrictions could impact the poll’s outcome.

Nearly six million Americans are excluded from voting because they are imprisoned, on parole or awaiting sentencing.

African-Americans, who are over-represented in the US penal system, are four times more likely to be unable to vote than the rest of the population, according to The Sentencing Project, a nonprofit organization.

Rules vary widely by state, with some like Maine and New Hampshire allowing inmates to vote.

But in places such as Kentucky, Iowa, Virginia and Florida, any conviction — even for a minor offense like possession of marijuana — results in lifelong disenfranchisement.

In Florida, where Donald Trump won by just 112,000 votes in 2016, nearly 1.5 million people are cannot vote because of a criminal record.

In addition to choosing their governor and members of Congress, Florida residents will vote on whether to restore voting rights to people with prior felony convictions once they have finished their sentences, besides those convicted of the most serious crimes.

There is no national identity card in the United States, with each state defining what documents can be used as identification at the polling station.

And according to the American Civil Liberties Union, an influential civil rights organization, several states have imposed restrictive rules since 2010.

North Dakota has since 2016 required its residents to present a document with proof of a street address.

But the state is home to thousands of Native Americans who live on reservations in rural areas with but a single post office box.

They might be turned away at the ballot box, where Heidi Heitkamp — a Democrat who was elected to the Senate in 2012 by just 3,000 votes — is campaigning to keep her seat.

Backers of the rule hold it prevents fraud, as North Dakota does not require voters to pre-register.

In Georgia, the data voters provide when registering at the polls have since 2017 been compared to those given when applying for a driver’s license or social security number.

If there are discrepancies, authorities might refuse the registration.

Some 53,000 applications are currently pending, 70 percent of which belong to African-Americans, according to the Southern Poverty Law Center.

Democrat Stacey Abrams — who hopes to become the first black woman elected governor in the US — has accused her Republican opponent, Brian Kemp, of using his position heading the office that oversees elections to influence the vote.

Kemp in turn says voters can cast ballots if they clarify their situations, and accuses Abrams of wanting to let undocumented immigrants vote.

A federal judge on Friday ordered the state to immediately change its procedure and make it easier for those who have already been flagged, about 3,100 people, to prove their citizenship.

But even if applications in limbo are ultimately approved, Abrams fears the challenge to register might cause these voters to stay home.

Tags African-Americans Florida US US elections us politics Voting