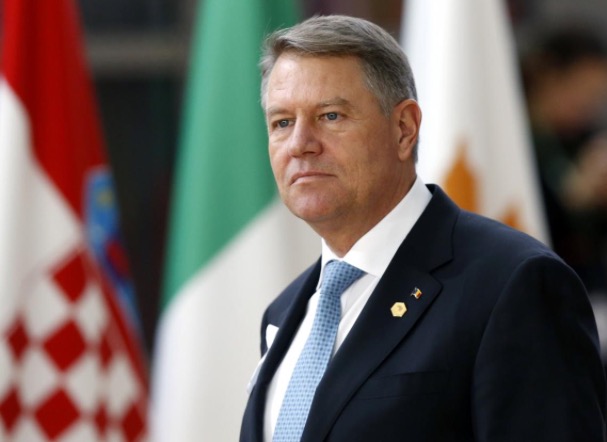 Romania’s president called on the prime minister to resign on Friday after she endorsed a secret deal to move the country’s embassy in Israel to Jerusalem, overstepping her powers on foreign policy.

The head of state cannot dismiss the premier but President Klaus Iohannis’ call could trigger a no-confidence vote, something Prime Minister Viorica Dancila should easily survive given her party’s robust majority in parliament.

“Mrs. Dancila is not coping with her position of prime minister of Romania and thus is turning the government into a liability for Romania. That is why I am calling publicly for her resignation,” Iohannis said in a statement.

Any decision on embassy relocation rests with the president, who said he was not consulted about that or the state visit Dancila paid to Israel this week along with the leader of her Social Democrat party, Liviu Dragnea.

Dancila has said the memorandum she approved was confidential and could not be made public yet.

Iohannis – who has the final say in foreign policy matters – said moving the embassy to Jerusalem, which is not widely recognized as Israel’s capital due to competing sovereignty claims by the Palestinians, has said the move could break international law.

“A secret document, a secret foreign policy memorandum, was discussed last week in the government. That was a big mistake,” Iohannis said.

“Because in foreign policy matters, if we are talking about secret documents, which obviously are sensitive otherwise they should not be secrets, the president should have been consulted, which did not happen,” Iohannis added.

Dancila has yet to comment on his call for her to resign.

Romania would be the first EU country and one of very few countries in the world to relocate its embassy following U.S. President Donald Trump recognition of Jerusalem as Israel’s capital in December.

The Romanian foreign ministry had said the memorandum was only the start of a wide consultation process and that it sought to identify the best way for Romania to position itself.

It added Romania’s position regarding the Israeli-Palestinian situation “has traditionally been a balanced one, including … bilaterally recognizing the Palestinian state.”

Last week, Israeli Prime Minister Benjamin Netanyahu said that “at least half a dozen” countries were considering moving their embassies to Jerusalem. The U.S. Embassy is due to relocate on May 14.

US Embassy move in Israel emblematic of broader policy shift