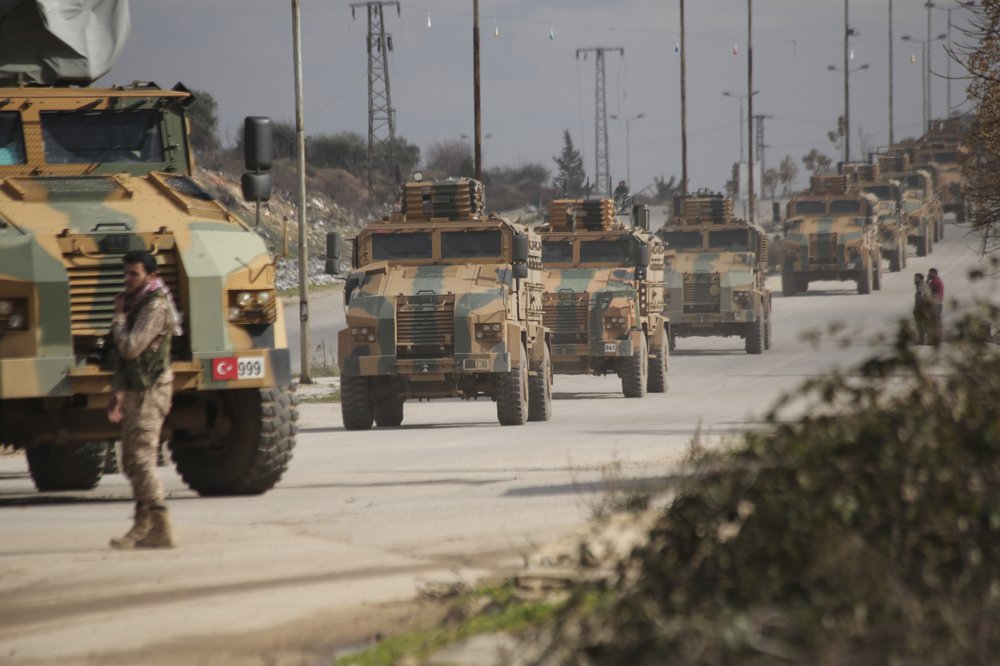 MOSCOW (Reuters) – Russia and Turkey were forced to cut short their first joint patrol along the M4 highway linking Syria’s east and west on Sunday due to rebel provocations, the Russian Defense Ministry was cited as saying by Russian news agencies.

The patrol was the result of a recent agreement between Moscow and Ankara on a ceasefire in Syria’s Idlib province.

“To carry out provocations, terrorists were trying to use civilians as a human shield,” the Russian Defense Ministry was quoted as saying by Russian state news agency RIA, explaining the reason for the shorter route.

Ankara had been given more time to neutralize the rebels who orchestrated the provocation, the ministry said.

Turkey and Russia agreed on the details of the ceasefire in the Idlib region after four days of talks in Ankara, part of the joint effort to halt an escalation of violence that has displaced nearly a million people and brought Turkey and Russia closer to direct confrontation.