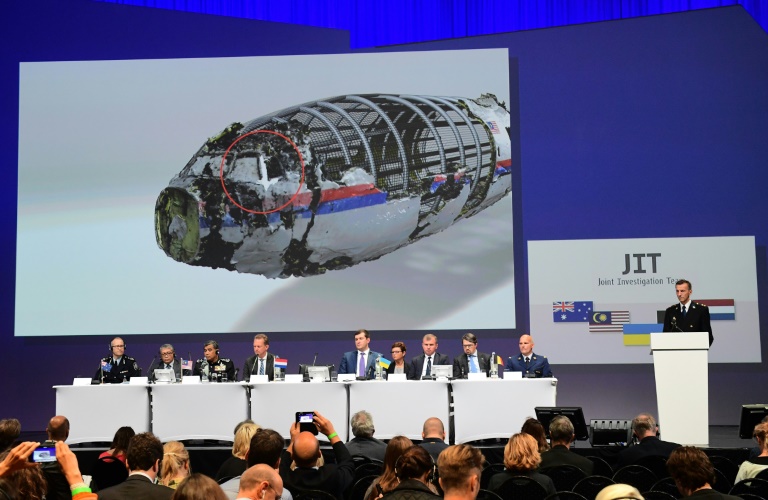 Russia’s defense ministry on Monday said it was releasing fresh information to back its claim that the missile that downed a Malaysia Airlines flight over war-torn Ukraine in 2014 was fired by Kiev’s forces.

At a briefing, the ministry said it was releasing the BUK missile’s serial number for the first time and said that it was produced and sent to Ukraine in the Soviet era and had not been returned to Russian territory.

Russia has denied any responsibility for the shooting-down of the plane and has presented a number of theories pointing the finger at Kiev.

The Boeing 777 flying from Amsterdam to Kuala Lumpur crashed outside the rebel stronghold of Donetsk on July 17, 2014, killing all 298 on board, most of them Dutch nationals.

The European Union imposed damaging economic sanctions on Russia afterwards, blaming Russian-backed rebels in eastern Ukraine who shot down a number of other planes.

A top Dutch investigator said his team had concluded that the plane was shot down by a Russian-made BUK missile from a Russian military brigade in the southwestern city of Kursk.

The Netherlands and Australia in May directly blamed Russia for the attack.

He said the military unit referred to was based in Ukraine, then a Soviet republic, adding that this information was classified “top secret.”

“After the breakup of the Soviet Union, it (the missile) was not brought onto Russian soil and was incorporated into the Ukrainian armed forces,” he said.

Russia said it had sent the information on the missile to the Netherlands.

The ministry also said that video footage used by an international commission investigating the incident showing the BUK missile being transported into rebel-held eastern Ukraine was faked.

It cited factors such as the way light fell on the moving vehicle and claimed it is shown driving in reverse.

Ukrainian President Petro Poroshenko on Monday signed a decree not to extend an official friendship agreement with Russia.