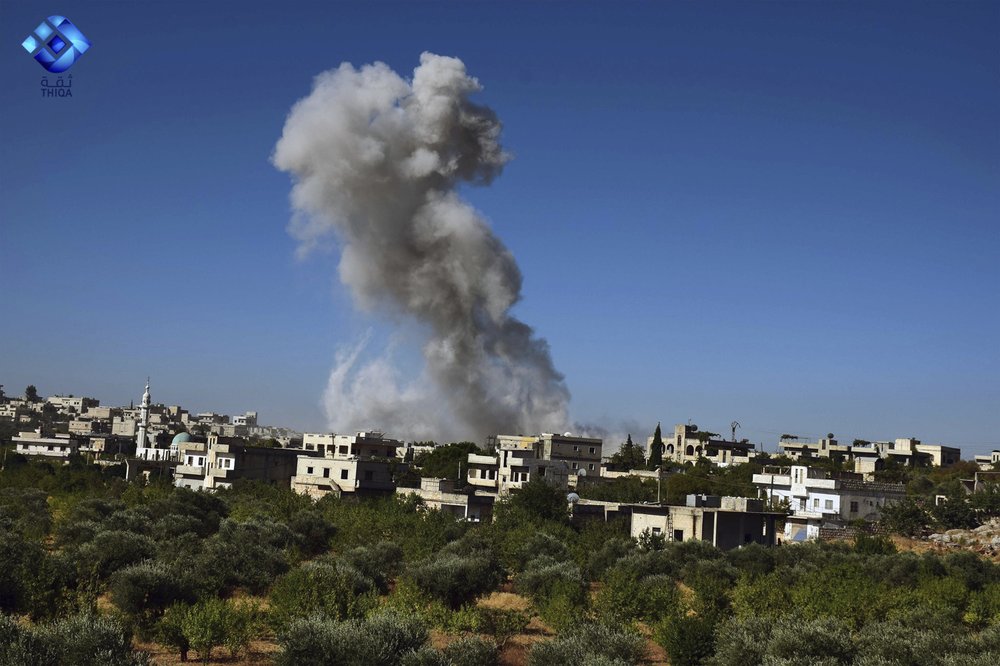 The strikes without a heads-up in the “de-escalation zone” breached previous agreements and caused several casualties, TASS news agency cited the Russian defense ministry as saying.

It said Russian and Syrian warplanes had fully suspended raids against insurgents in Idlib province in northwest Syria, after declaring a ceasefire that started on Saturday morning.

On Saturday, the US Central Command, part of the Department of Defense, said US forces struck an al-Qaeda facility in Idlib in an attack aimed at the organization’s leadership. US air strikes have at times hit targets linked to al-Qaeda in northwest Syria in recent years.

The Syrian Observatory for Human Rights said the air strikes had pounded bases belonging to jihadists near the town of Maarat Misrin on Saturday. The UK-based monitor said more than 40 militants, including some commanders, were killed.

While artillery hit parts of Idlib in the past 24 hours, there was a lull in air strikes that had been pounding the region in recent weeks, the Observatory, a rebel official and rescue workers have said.

It was the second such ceasefire declared in the past month in Idlib, which is in Syria’s northwest corner – the only big chunk of the country still in rebel hands. A truce in early August collapsed three days in, after which the Russian-backed army pressed its offensive and gained ground.

Bouthaina Shaaban, a senior adviser to Syrian President Bashar al-Assad, said the ceasefire was temporary and would serve the strategy of Damascus “to liberate every inch”.

“(Turkish President Tayyip) Erdogan will be forced to leave Syrian land … This is our decision, not by his choice,” she told al-Mayadeen TV in an interview late on Saturday.

Turkey, which backs rebel factions, and Russia, Assad’s key ally, brokered a “de-escalation” deal in 2017 that sought to curb fighting in Idlib. It does not cover jihadist militants.

Under its deals with Russia and Iran, Turkey’s military has a dozen posts in the Idlib region. Ankara also backs rebel forces that hold tracts of territory north of Idlib near its border.

Turkey’s foreign minister said on Friday the military would leave only once there was a political solution, which remains elusive after more than eight years of war and several rounds of failed UN peace talks.

Reporting by Vladimir Soldatkin in Moscow, Khalil Ashawi in Istanbul and Ellen Francis in Beirut; Editing by Dale Hudson and David Goodman

Syrian Kurdish YPG to withdraw from strip along Turkish border