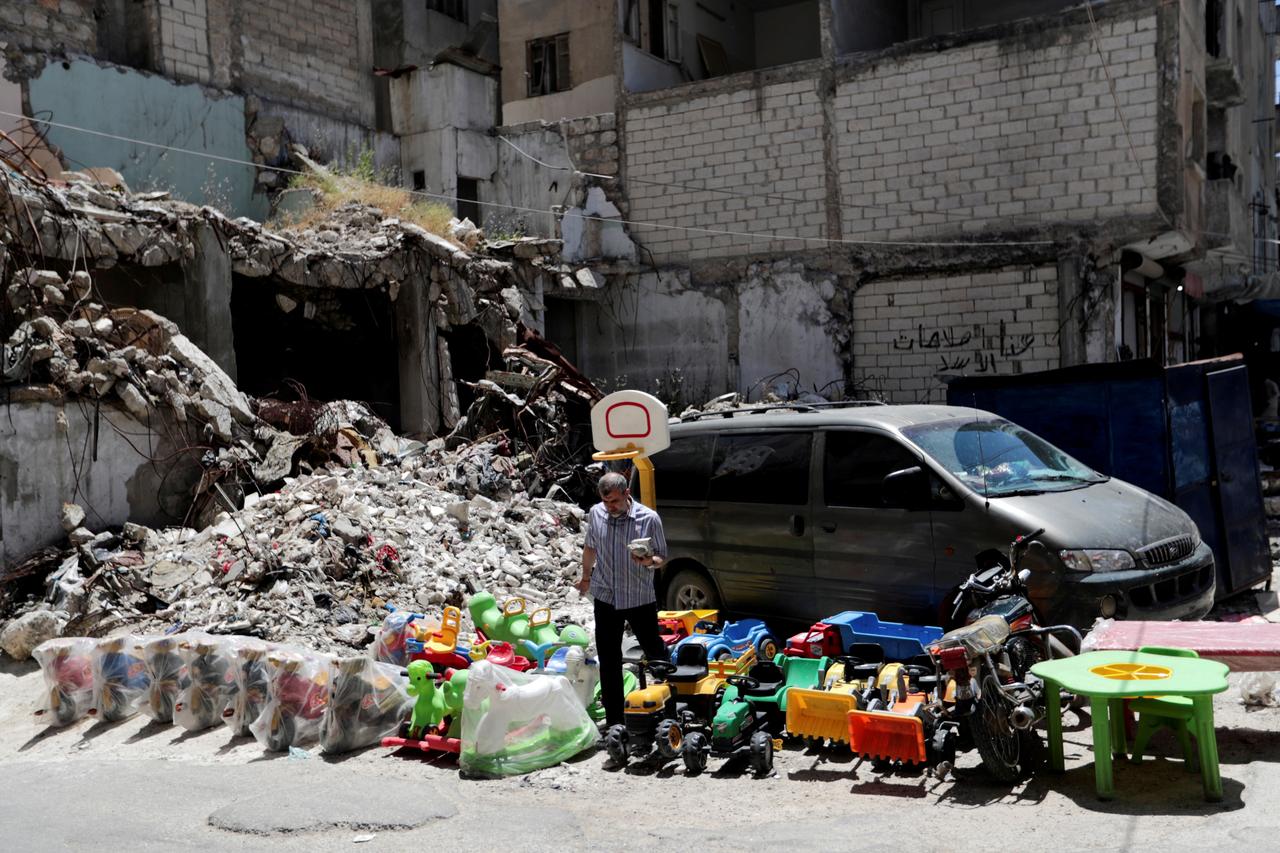 AMMAN (Reuters) – At least 544 civilians have been killed and over 2,000 people injured since a Russian-led assault on the last rebel bastion in northwestern Syria began two months ago, rights groups and rescuers said on Saturday.

Russian jets joined the Syrian army on April 26 in the biggest offensive against parts of rebel-held Idlib province and adjoining northern Hama provinces in the biggest escalation in the war between Syrian President Bashar al-Assad and his enemies since last summer.

The Syrian Network for Human Rights,(SNHR), which monitors casualties and briefs various UN agencies, said the 544 civilians killed in the hundreds of attacks carried out by Russian jets and the Syrian army include 130 children. Another 2,117 people have been injured.

Moscow says its forces and the Syrian army are fending off terror attacks by al Qaeda militants whom they say hit populated, government-held areas, and it accuses rebels of wrecking a ceasefire deal agreed last year between Turkey and Russia.

Last month US-based Human Rights Watch said the Russian-Syrian joint military operation had used cluster munitions and incendiary weapons in the attacks along with large air-dropped explosive weapons with wide-area effects in populated civilian areas, based on reports by first responders and witnesses.

Residents and rescuers say the two-month-old campaign has left dozens of villages and towns in ruins. According to the United Nations, at least 300,000 people have been forced to leave their homes for the safety of areas closer to the border with Turkey.

“Whole villages and towns have been emptied,” said Idlib-based Civil Defence spokesman Ahmad al Sheikho, saying it was the most destructive campaign against Idlib province since it completely fell to the opposition in the middle of 2015.

On Friday, 15 people, including children, were killed in the village of Mhambil in western Idlib province after Syrian army helicopters dropped barrel bombs on a civilian quarter, the civil defense group and witnesses said.

The heads of 11 major global humanitarian organizations warned at the end of last month that Idlib stood at the brink of disaster, with three million civilian lives at risk, including 1 million children.

“Too many have died already” and “even wars have laws” they declared, in the face of multiple attacks by government forces and their allies on hospitals, schools and markets,” the UN-endorsed statement said.

Last Thursday an aerial strike on Kafr Nabl hospital made it the 30th facility to be bombed during the campaign, leaving hundreds of thousands with no medical access, according to aid groups.

“To have these medical facilities bombed and put out of service in less than two months is no accident. Let’s call this by what it is, a war crime,” Dr. Khaula Sawah, vice president of the US-based Union of Medical Care and Relief Organizations, which provides aid in the northwest, said in a statement.

Image: FILE PHOTO: A street vendor sells toys next to rubble of damaged buildings in the city of Idlib, Syria May 25, 2019. REUTERS/Khalil Ashawi/File Photo

In border camps, Syrians rely on doctors in trucks and tents