The website of Russian state news agency Sputnik has been blocked in Turkey, its Turkish editor-in-chief said on Friday, shortly after President Vladimir Putin made comments critical of Turkey's leaders.

The move is likely to further strain relations between Moscow and Ankara after Turkey shot down a Russian warplane last year.

"There is no access to Sputniknews.com and sub-domains from Turkey. We've sent a letter to the regulatory agency asking for the reasons. We were not expecting a ban at all," Mahir Boztepe told Reuters.

No one was available for comment at Turkey's telecoms and internet regulatory agencies. However, the internet regulator's website said that an "administration measure" had been taken against Sputniknews.com. Such measures are commonly used when authorities wish to block access to websites in Turkey.

In Moscow, Sputnik's top editor, Margarita Simonyan, described the blocking as "a further act of harsh censorship" in Turkey and said the site had been blocked late on Thursday, hours after Putin made his critical comments.

"We have problems with some political leaders [in Turkey] whose behavior, actions we consider inappropriate," Putin said in a televised national phone-in.

Sputnik was set up in 2014 to help disseminate Russia's views abroad. It is part of the sprawling state media holding company Rossiya Segodnya.

Turkey has shut or confiscated several newspapers over the past year and has also sometimes blocked access to social media sites including Twitter and Facebook, often due to images or other content being shared.

Relations between the former Cold War rivals hit their worst level in recent memory after Turkey shot down a Russian warplane over Syria in November, saying it had strayed into Turkish air space. In the Syrian civil war Moscow has backed its longtime ally, Syrian President Bashar al-Assad, while Turkey says Assad is a dictator who needs to be removed.

Following the warplane incident, Putin imposed sanctions on Turkey and trade between the two countries has dived.

Russian state media have adopted a hostile tone towards Ankara. Last month the Komsomolskaya Pravda mass-market tabloid ran a report headlined "Turkey never was and never will be a friend of Russia".

Human rights groups and some Turkish media decry what they say has been an unprecedented crackdown on opposition voices in Turkey. The European Union, which Ankara aspires to join, has also expressed concerns over media freedoms in Turkey.

As well as shutting down or taking over several opposition newspapers in recent months, Turkish authorities have also taken broadcasters off the air accusing them of terrorist activities, while critical academics have been detained under broad anti-terrorism laws.

Last month an Ankara court ordered a ban on access to both Twitter and Facebook after the social media networks allowed the sharing of images from a car bombing in the capital. 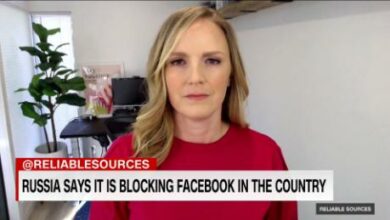 Egypt receives a large amount of Pfizer vaccines from US